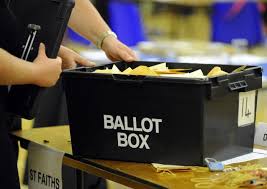 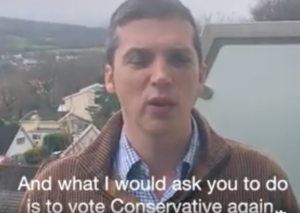 A candidate in next year’s election to the Welsh Parliament/Senedd Cymru WP/SC lives 180 miles from the constituency he wants to represent, The Eye can reveal.

The Conservative nominee for Islwyn Gavin Chambers lives in Buckhurst Hill in Essex.

Elections to the WP/SC are due to be held in May, but Mr Chambers’ desired constituency is nearer to Ireland than to his home address.

However the trend for candidates living far away from their intended constituency is not confined to Welsh elections.

Last December a large number of candidates for Welsh parliamentary seats at the General Election lived outside Wales.

For example the candidate of Gwlad Gwlad (Country Country/Land Land) (GG) which was founded as Ein Gwlad (Our Country/Our Land) (EG) for the Vale of Glamorgan Laurence Williams had an address in the Old Bexley and Sidcup constituency in the South East of England.

Labour’s Mary Roberts in Ynys Mon had an address outside Wales, although party officials insisted that she was born on the island.

The Liberal Democrat candidate for Montgomeryshire Kishan Divani had an address listed in Uxbridge and South Ruislip.

But they did not have to just be candidates – they could also be leading figures in the party, and proclaim Wales as their homeland, yet live across the border.

Stephen Morris was ‘General Party Spokesman’ and ‘Policy Researcher’ of Gwlad Gwlad EG/GG, although as he lived in England he was barred from voting in Welsh elections, so was unable to vote for the party at these ballots, and had to opt for another party in his home constituency.

In America, though, they seem to take a tougher line.

Nine years ago a court ruled that Rahm Emanuel, a native Chicagoan, could not run for mayor of his home town, as he had lived in Washington DC for the previous two years.

Living far away from the area candidates want to represent appears to be a particular problem in Britain, and Wales must shoulder its fair share of responsibility.

The UK Parliament is often asked by voters whether MPs should live in the constituencies they represent, and it answers the question in this way:  “MPs do not have to live in their constituency. In fact, there is no residency qualification at all – an MP could even live outside the UK. There are, however, nationality and age qualifications and a number of other disqualifications for MPs.”.

No one has yet given their home address as outside the UK.

For many it might be bad enough that someone who wants to represent families in the South Wales valleys, actually lives near London…

Also on The Eye – what the lockdown rules mean for people living on the border.

Our Editor Phil Parry’s memories of his extraordinary 37-year award-winning career in journalism (including many of the political stories he has covered) as he was gripped by the rare disabling condition Hereditary Spastic Paraplegia (HSP), have been released in a major  book ‘A GOOD STORY’. Order the book now! The picture doubles as a cut-and-paste poster!