Home News A shoe in 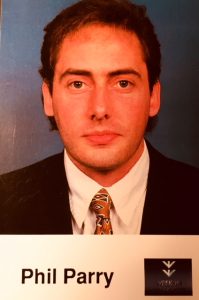 Here our Editor Phil Parry looks at how a presenter in Wales appears to concentrate on her looks rather than crucial events during these unprecedented times.

It’s nice to know that a BBC Cymru Wales (BBC CW) presenter who brings us the television news during the worst global crisis of modern times, and with many families facing a Christmas of unimaginable hardship, is concentrating on what REALLY matters.

The controversial BBC Cymru Wales Today (WT) newsreader Lucy Owen tweeted that she had brought in odd shoes to present the lunchtime bulletin, and she asked whether anyone would notice.

She even included for us a shocked face emoji after the comment.

Following this Mrs Owen published on Twitter: “Crisis over!”

But was this really a ‘crisis’?

Others of Mrs Owen’s colleagues had different ideas.

She could, perhaps, have focused on the BBC CW website saying the same day that Covid-19 was the biggest cause of death in Wales last month.

This was what she would have read: “The mortality rate rose “significantly” for a second month, to 260 deaths per 100,000 people in Wales. It was also more than twice the rate in the most deprived areas compared with the least deprived areas.”

Or maybe Mrs Owen might have turned to the news later at a UK level from her BBC colleagues, as the Health Secretary Matt Hancock told us the toughest Covid-19 rules have been extended.

The main BBC website said:  “Swathes of the nation already in tier three will remain there. Matt Hancock told MPs: “We’ve come so far, we mustn’t blow it now.””.

Yet Mrs Owen could also have talked about events closer to home, which viewers might have been rather more interested in than her shoes.

Chief among them would have been her past relationship with the Editor of BBC Cymru Radio Wales (RW) Colin Paterson.

Journalists on The Eye have been alone in revealing details of the affair.

For many staff at BBC CW the relationship represented a huge potential conflict of interest because a RW programme had been commissioned hosted by Mrs Owen called ‘Sunday morning with Lucy Owen’, and media executives both inside as well as outside the corporation have told me that they were worried about their partnership’s possible impact on the process.

The ‘predictive search results’ in ‘Google’ for Mrs Owen and her husband Rhodri have been, perhaps, prescient. They have said “Lucy Owen Rhodri Owen split”.

But delivering the news has not always worked well for Mrs Owen so perhaps it might be better if she just tells us about her shoes.

WT programme-makers used a picture of Brighton Pavilion during coverage of the start of the hugely important Muslim month of Ramadan instead of a mosque, and the mistake was then featured in the Brighton Argus.

And then there are her publishing skills – perhaps she could work in difficulties with shoes into her next plot line.

Apart from presenting WT, and in the past the RW programme, she also hosts the BBC One Wales (BBCW) consumer affairs programme ‘X-Ray’ with her husband, Rhodri, who it’s predicted she will split from.

These sorts of comments fit with the one from Mrs Owen about the ‘crisis’ of having odd shoes.

Families in Wales can rest easy in their beds…

Phil’s memories of his extraordinary 37-year award-winning career in journalism (which DID NOT include talking about shoes) as he was gripped by the rare disabling neurological condition Hereditary Spastic Paraplegia (HSP), have been released in a major book ‘A GOOD STORY’. Order the book now! The picture doubles as a cut-and-paste poster!