Home Investigations Rodde for his own back

A senior academic at a controversial Welsh university who was ‘project manager’ of a multi-million pound land deal under investigation and was sacked for “gross misconduct” is with others at the centre of a police inquiry into alleged bribery, The Eye can exclusively reveal.

Bjorn Rodde had publicly described as “astonishing” a huge £200 million regeneration scheme, called the Delta Lakes (Llanelli Wellness Village) City Deal which was being orchestrated by leading officials at Swansea University’s contentious School of Management, before it was placed under investigation and was the cornerstone of the even bigger Swansea Bay City Deal.

The ‘Wellness’ village land deal had laudable aims – to improve the health and wellbeing of people across the area, as well as creating 2,000 high-quality jobs and boosting the economy by £467 million over 15 years.

It had been described by its backers as the “largest ever regeneration project in South West Wales”.

But Mr Rodde has said his sacking was unfair in connection with the probe into it, and it has been reported he was seeking legal advice. He has told the authorities that the inquiry has had a severe effect on his health.

He said in a letter earlier this year: “In the last three months, I have experienced my first ever panic attacks, and been prescribed anti-depressants and sleeping tablets for the first time. I have been unable to eat or sleep, I have had no motivation to do anything and have spent many, many days unable to leave the house”.

Yet it seems Mr Rodde was more positive in July three years ago about the ‘Wellness’ village. He said: “The village is designed to bring together tourism – specifically wellness tourism – health services, life science and wellbeing research and innovation, housing, sport and leisure, and further and higher education opportunities”.

“The alignment of the vision from all partners is astonishing, and it’s the collaborative nature of our ambitions which has developed the concept with such pace”.

But it appears not to have been a ‘vision’ which has been applauded by others. In the top-level inquiry now underway, South Wales Police have said the regional crime unit executed “a number of warrants as part of an investigation into alleged bribery offences”.

Yesterday we were again alone in divulging the identity of another of Mr Rodde’s colleagues who is also in the police investigation.

Their searches were carried out by the Regional Organised Crime Unit Tarian and involved officers from South Wales, Dyfed Powys and Kent Police forces. They followed a complaint from Swansea University to the Serious Fraud Office in late 2018 which was referred to the police. 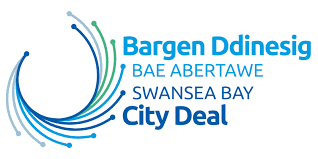 A spokesperson said after the raids:  “A number of documents and electronic equipment have been seized, which will now be subject to extensive examination. No arrests have been made, and the complex investigation remains ongoing.”

Swansea University had combined with Sterling Health Limited to raise an enormous amount of money for the ‘Wellness’ village project. But we can disclose that a ‘striking off’ action for the company had to be suspended last month, and next week we will reveal the name of a prominent businessman who is also in the alleged bribery investigation.

This, though, is not the first time that Swansea University has been at the centre of extraordinary headline-grabbing events.

The university’s management school employed on a contract, criminal Steve Chan. Our journalists have shown that Chan was jailed for years in America after a massive fraud.

He had been imprisoned by a court in Boston for four years and three months, and ordered to pay millions of dollars in compensation. Chan’s jail term was followed by three years of supervised release, after he admitted one count of conspiracy to commit fraud and one count of mail fraud – he was also ordered to pay restitution of $12,596,298.

In the publicity before the conference, another disgraced executive, the one time Vice-Chancellor of Swansea University, who was also sacked for “gross misconduct”, Richard Davies, said:  “The event in Brussels on St David’s Day emphasises both the importance of the agenda in the European context and the role played by Professor Steve Chan in this key sector”.

The former Dean, Nigel Piercy, left under a cloud after two turbulent years in charge, and contrary to convention, his death (which we also first revealed) was not marked in traditional fashion by Swansea. Professor Piercy quit after relentless pressure from The Eye, when he clashed repeatedly with staff, warned them the school was “not a rest home for refugees from the 1960s with their ponytails and tie-dyed T-shirts”, and described trade unionists as “unpleasant and grubby little people…usually distinguished only by their sad haircuts, grubby, chewed fingernails and failed careers”.

‘Failed careers’ is a phrase that may be well known to Mr Rodde after he was sacked for “gross misconduct” and has been included in a police investigation into alleged bribery.

Next week The Eye exclusively disclose the name of another person also at the centre of the major police inquiry into alleged bribery.