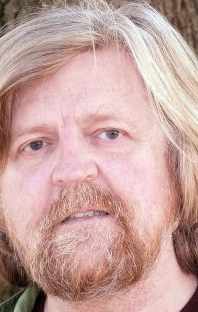 Our columnist Boyd Clack continues his story of how being an actor gets you out of awkward situations.

I was in Chicago in 1998 and being there I decided to see if I could find one of those bars where big time Mafia criminals hang out, just for the excitement, so that I could tell my friends when I got home you understand.

I asked the bellboy at the hotel and he told me to go to The Bucket of Blood on Maine Street. So I got a taxi there and arrived at about 9 at night.

It was a warm sultry evening. I got a drink of Sangrilla and Red Bull, and took a seat near the entrance to the toilets.

It wasn’t difficult to spot the gangsters. They were all Italian-looking with expensive suits, and they laughed out loud en masse every few minutes.

The barman told me that they were members of The Butcher Boys a gang led by Luigi ‘The Meat Cleaver’ Rossini. He was known to have personally murdered over a hundred rival criminals by chopping them to pieces with the implement, but he had not arrived that evening and was possibly out of town on ‘business’.

I was about to leave when a beautiful large bosomed woman in a revealing dress sat next to me and said ‘So you’re English, huh?’. I explained that I was in fact Welsh, and that made her laugh.

She said she liked me, and asked if I would buy her a drink. I got us both a Vodka and Mango juice. After several more drinks she asked me if I’d like to join her in her room . I said ‘yes’ and she led me up a flight of stairs to a rather elegant apartment on the third floor.

She was a very attractive woman in her early forties probably and I, being a Welshman, was not reluctant when she began kissing and fondling me, though in retrospect it was probably sexual harassment.

This would be a tale to tell when I returned to Tonyrefail!!

About ten minutes into this wild lovemaking the door to the bedroom was kicked open and a man about my age in a sharp suit stood there in silhouette with a meat cleaver in his right hand.

The woman, whose name I had discovered was Gina, leapt up out of the bed. ‘Luigi!’ she said, almost in tears and shaking with fear ‘I thought you were out of town on business!’.

Luigi said: ‘Well I’m home’ and Gina began collecting her underwear from the floor where she had flung it in her rush to engage in sexual congress, saying: ‘This is my husband, Luigi’.

I was, I might add, embarrassingly still in a state of sexual arousal.

Luigi told her to shut up and get out of the room and that he would deal with her later. She left almost immediately. Luigi shut the door behind her and locked it with a key. I stood up out of the bed and began to tell him that I had no idea the woman was married and I was sorry to have made love to her. I said I would never have pursued the course of action if I had even suspected such a thing.

He listened, then began walking slowly towards me sharpening the blade of the meat cleaver on a carborundum stone held in his other hand.

He had a twisted smile on his scarred face. He said: ‘You are not the first but I have my honour. Honour means everything to we Italians’.

For some unknown reason my state of arousal became even more prominent as he got closer.

I looked from the window. The stars had come out.

I told him that I was a professional actor and he let me go.