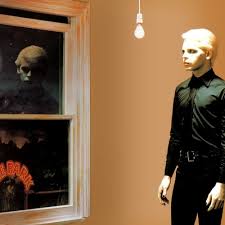 The growing importance of electric vehicles shines the spotlight on The Eye revealing how the only company with plans for a battery factory was established by a man convicted of tax fraud, and which ditched a site in South Wales despite the fact that its proposals had been greeted with huge fanfare by politicians and reporters in the mainstream media.

It seems our research has featured in publications in the North East of England after Britishvolt (BV) declared in the Summer that it would not, after all, build a plant in the Vale of Glamorgan but move to Blyth instead.

The website North East Bylines (NEB) said: “In July 2020 this (the plans for the battery factory) seemed a welcome bonus for Wales and the prospects of a large new green manufacturing capability with thousands of jobs could only be good news. Except, however, when doubts were quietly raised by The Eye, an investigative news and journalism website ‘looking into misdemeanours by organisations and individuals in Wales and the UK.’

BV’s Chairman and co-founder, Lars Carlstrom, had been convicted of tax fraud in Sweden, but stepped down in December, and Chief Strategy Officer Isobel Sheldon said the company was severing all ties with him.

Mr Carlstrom was sentenced to eight months in prison and handed a four-year trading ban in the late 1990s, but it was later reduced to a conditional sentence and 60 hours community service.

He was also later accused of acting negligently by Sweden’s tax authority over a separate unpaid tax bill for one of his companies in 2011.

Mr Carlstrom said: “I don’t wish to become a distraction”.

As NEB put it: “He was the same individual whose track record had been queried by The Eye when reviewing the proposed location in Wales in July last year, and who seems still to be a major shareholder”.

BV had chosen a site near St Athan, then stunned officials and politicians by saying that the factory would instead be built in Blyth, Northumberland.

Neil Moore, leader of Vale of Glamorgan council, said: “They were given a better deal elsewhere. I was surprised when they pulled out”.

Evidence for the mounting significance of batteries and electric vehicles, has been reinforced by recent events.

Royal Dutch Shell (RDS) has agreed to buy one of the UK’s biggest electric vehicle charging networks, Ubitricity (which operates more than 2,700 public charging points), for an undisclosed sum.

RDS said that the company had the “largest public EV (Electric Vehicle) charging network” in the UK, with a 13 per cent market share according to Zapmap, a third-party website.

Yet set against this background, the questions about prominent figures behind BV have long been persistent, while only our journalists have raised them (apart, now, from NEB).

We had been alone in disclosing that a key director had a failed business behind him, possessed links to a former football club owner who was jailed for fraud, and another one until recently lived in a small flat in a Cardiff terraced house.

Our research could find no record of any director having a background in battery manufacturing.

The venture, though, was met with wild acclaim in the mainstream media and by senior politicians, when it emerged.

The website WalesOnline declared: “Plans for a giant factory and thousands of jobs for the Vale of Glamorgan have been revealed.

“Battery manufacturer Britishvolt announced … that two sites are in the running for their factory, with Bro Tathan business park (near St Athan) leading the way.”

In July it said:  “Plans for a factory producing electric car batteries that would bring thousands of jobs for the Vale of Glamorgan have moved a step closer.”.

“The project in south Wales, which is designed to put the UK in the race to be a global hub for the electrified vehicle industry, comes from Britishvolt, a start-up company founded by a Swedish automotive entrepreneur best known as a former associate of Vladimir Antonov, the jailed Russian businessman.

“Britishvolt has unveiled plans to build a gigafactory capable of producing 10 gigawatt hours (GWh) of lithium ion batteries a year from early next year at Bro Tathan, on the Cardiff airport commercial complex where Aston Martin Lagonda has opened its new carmaking factory.”

The scheme for Wales, though, was soon scrapped, but crucial facts about the men backing it could have been easily discovered.

Investigations by our journalists at Companies House and elsewhere, revealed that a prominent director of BV was Couroush Alai who until recently lived in a modest flat at Lily Street in Cardiff, which appeared to be a terraced house converted into flats.

Mr Carlstrom, had been involved in a coach company at Coventry that was in debt to creditors for around £1 million.

He had also been director of a watch manufacturer called Thrupp and Maberly which has now been dissolved.

In 2011 it had first come to light that Mr Carlstrom was the “representative in Sweden“of Mr Antonov who had been jailed for fraud.

Mr Carlstrom was involved in a sale and leaseback deal of property and plant belonging to the Swedish car maker Saab.

At an extradition hearing, the former ‘representative’ of Mr Carlstrom, Russian-born Mr Antonov, who once owned Portsmouth FC, said that the charges against him were part of a politically-motivated plot.

Mr Antonov, whose father was shot and injured in Russia in 2009 over a suspected business dispute, claimed that he was at risk of attack in prison if he was sent abroad to stand trial.

Meanwhile BV’s ‘Chief Executive’ Orral Nadjari, announced:  “The first UK gigaplant will… be in an alternative location (to South Wales) which we will be announcing soon”.

Yet Mr Nadjari claimed he had looked at more than 100 sites for the BV factory, before alighting on the former RAF site in Bro Tathan near St Athan.

In the way the news of the ‘alternative location’ (Blyth) has been welcomed, there would seem to be an uncanny echo of what has happened in Wales.

The Blyth Valley MP, Ian Levy, said:  “This is an incredibly exciting announcement that will have a massive impact in the constituency and the surrounding area for decades to come”.

We have heard this before in relation to South Wales – but it is not exciting to hear about the rise of electric vehicles, if a company with plans to build a huge battery plant in the area has now severed all ties with its founder following revelations he had been convicted of tax fraud…

Tomorrow – worrying revelations from a leading media executive and Editor of a new ‘national’ news service in Wales, who proclaimed the “driving force” for it is a ‘comedian’ who made sick ‘jokes’ about a murdering gunman, used bad language to abuse publicly prominent politicians, was placed under police investigation and has been reprimanded by a social media company.