Revelations that the Welsh independence group YesCymru (YC) is only now to launch an investigation into alleged anti-Semitism, when a member had tweeted the phrase Arbeit Macht Frei (Work Sets You Free) which was emblazoned above the gates to Auschwitz months before, puts centre stage earlier controversies disclosed by The Eye.

But the chair of YC Sion Jobbins said last week:  “We will be discussing the matter (her alleged anti-Semitism generally) as a committee in conjunction with our new diversity and inclusion lead officer who will be starting work for us on Monday (today)“.

Former Cardiff Council leader, the Liberal Democrats’ Welsh Parliament/Senedd Cymru (WP/SC) candidate for Cardiff Central said:  “The decision to admit and then publicly welcome this individual raises serious questions regarding the priorities and values of YesCymru.

Ms Mendoza joined YC in the Autumn, shortly after moving to Wales from her home city of Bristol, and her account tweeted news of her membership to its 59,000 followers.

She is the Editor of the left-wing website The Canary, but was suspended briefly from Twitter following complaints about another post in which she compared those attending the Jewish Labour Movement’s conference to “white supremacists”.

In January 2020 she claimed celebrations over the completion of Brexit could turn into a  “21st century Kristallnacht”.

Ms Mendoza has also appeared more than once on the controversial state-backed television station, Russia Today (RT) which is accused of being a mouthpiece of the autocratic Russian leader Vladimir Putin, and has played host to the conspiracy theorist in Wales, Anna Brees.

The Economist has reported:  “It was the cables that gave them away. As foreign and local journalists in Belarus scrambled to report on the latest crackdown on peaceful protesters, one film crew was always in prime position. Its members were untouched whenever police hounded other journalists, stripping them of their accreditation and deporting them. The camera cables that stretched past several unmarked police minibuses led to the source of their protection: a white and green van belonging to Russia Today”.

For the programme On Contact, Ms Mendoza said she wanted an “alternative media”.

She was also interviewed by Max Keiser on his show The Keiser Report, and declared that austerity is a “fig leaf” designed to conceal aggressive neoliberal policies. 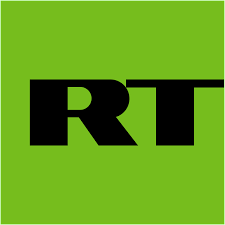 Despite all of this past history, YC has labelled her a “rock star” in a tweet which was ‘liked’ numerous times by several vocal and high-profile activists.

But this is not the first time that YC has hit the headlines.

A month ago the organisation released a controversial video promoting Welsh independence which featured a pair of cartoon women’s legs in stockings, and was deleted after it was condemned as “sexist” by one critic on social media, with another saying “fire the pig that designed it”.

The storm which engulfed the YC video bore hall marks of the huge row six years ago, over a bus company in Cardiff showing a picture of a half naked woman holding a sign saying “RIDE ME ALL DAY FOR £3” – which was also immediately removed when it was highlighted by outraged members of the public, and Charlotte Church had said on Twitter: “This is atrocious”.

The controversy also came hard on the heels of it being divulged on The Eye that splits were emerging in YC, with one angry supporter tweeting that he had cancelled his membership, while another showed his fury after claiming the group had ‘liked’ a tweet from a right wing party, which it had also re-tweeted.

The sexist YC video from earlier this year, displayed the cartoon of a woman wearing stockings and red arms, with a map of Wales for her body and screaming “YEEEEEEEEEEES” in the caption below.

But it was slammed on Twitter, with one detractor saying:  “I find it astonishing – and cowardly – that @YesCymru have merely deleted that sexist, appalling video from last night and not acknowledged the disgust felt by their membership and apologised for the offence caused, not to mention the damage sustained to the campaign”.

Another stated in reply to YC: “Never mind the booklet, burn that fucking sexist animation and fire the pig that designed it”.

Yet the movement has long been contentious, and appears to be offering highly questionable information.

YC has claimed that opinion polls report support for Welsh independence among younger people is “around 40-50 %” saying: “Independence is becoming common sense view within young people in Wales.”. The truth is that recent opinion polls suggest the figure among younger people is far lower than this, and also make clear that the vast majority of people in Wales support Welsh parties which are opposed to independence.

These facts, however, have not been published by YC, but that has not stopped uncritical pieces about the group in the Welsh mainstream media.

One of the biggest broadcasters in Wales published an adulatory ‘story’ about YC, and another leading Welsh media organisation talked about its “rise”– yet both failed to challenge membership figures when other statistics have been highly debatable, they did not raise the negative news that it has celebrated a potential attack on a UK military base and said unionists “refuse to integrate”, or that a supporter who claims he invented the group’s ‘app’ wants to talk about banning gay people from Wales.

The ‘report’ about YC by ITV Cymru Wales’ Ellie Pitt, for example, began:  “‘Westminster isn’t working for Wales’. These are the five words I have been hearing all week. Over the last few days I have had numerous conversations with recent joiners to the Welsh Independence group YesCymru.”

But nowhere in the article is the body challenged about the huge criticism which has followed close analysis of the official social media account belonging to YC, which reveals it has far fewer ‘likes’ and ‘retweets’ than officials maintain.

Yet ITV Cymru Wales is not alone. The website WalesOnline (whose Editor, now known as the ‘Audience and Content Director’ Paul Rowland, inaccurately threatened to sue our own man in charge, Phil Parry) published another piece which, again uncritically, put the views of YC, beneath the tendentious headline:  “The rise of Yes Cymru and why people are joining in their thousands”.

The ‘report’ on the website proclaimed that:  “By October, it (YC) had around 8,000 (members). In the past ten days or so that has shot up to 14,000. One thousand new members signed up on Monday alone, with a further thousand on Tuesday, which is why the group thinks something special is happening”.

Meanwhile there are a huge number of controversies which could have been seized on to confront officials of YC, by the media in Wales other than The Eye, such as ITV Cymru Wales or WalesOnline. The Twitter account of one controversial YC message has announced that at one point it had 487 ‘likes’ and 187 ‘retweets’, but when these were counted the figures were actually just 45 and 70 respectively.

We also showed how a branch of this Welsh independence movement asked provocatively whether “heroes” will make a stand in carrying out an attack on a UK military base on Anglesey.

The goading comment came on Twitter from YC in Ruthin, and referred to a notorious incident in 1936 when an RAF bombing school was set ablaze at Penyberth on the Llyn peninsula, and founding members of Plaid Cymru (PC) were jailed. The event has gone down in folklore for Welsh nationalists and a video on YouTube declares:  “Penyberth.  Plaid Cymru (Welsh nationalist party) one.  RAF nil.”

Another branch of YC has said people in “our country” (Wales) refuse to integrate, asking menacingly what should be ‘done’ about Unionists. This extraordinary tweet was put out by YC in the Afan Valley and announced:  “These people are in our country, yet refuse to integrate into our local community”.

A major supporter of YC also holds highly dubious views which he has publicised on social media. Mark Wells/Gareth Mark Welsby claims to be the inventor of the YC ‘app’ and has urged holding a debate about banning gay people from Wales. He wrote in one tweet: “With all this talk about quarantine. I’m serious… Shouldn’t we be discussing banning gay people from Wales. Esp. (gay ex-Welsh rugby international) Gareth Thomas who should resign!! Hiv will spread into Wales’ blood groups inc. Rh+ and our reputation for positive blood ruined. aids infected are negative people”.

In the case of the ITV Cymru Wales ‘report’, it was stated:  “Siôn Jobbins, Chair of YesCymru (says): ‘Wales isn’t poor, there are poor people here, but the country itself isn’t poor’.

But the reality is that Wales is very poor indeed as compared with other parts of the UK.

The Welsh economy is still one of the weakest of the UK regions, and to a large extent must rely on UK Government support even after many years of devolution. Official statistics for regional Gross Value Added (GVA–a measure of economic wealth) demonstrate that recently it had actually DROPPED 2.2 per cent in comparison with the previous year. Welsh GVA is the lowest of all the UK regions, and Wales has proportionally more public sector jobs than in most other areas, many of which, presumably, would be threatened with independence. The Welsh Government (WG) has stated:  “Over a quarter of the workforce in Wales work for the public sector. There is a significant public sector presence in Wales on a local, national and UK-wide level”.

But money for key supporters appears to be a problem, and YC is allowing members to be tapped for potential funds. The Editor of the nationalist website Nation.Cymru (NC), which is supported by public money, Ifan Morgan Jones (who helped organise a Welsh independence rally in the past) has said:  “If just every @YesCymru member donated £3 a month to @NationCymru it would raise £570,000 a year”, a message which was endorsed by YC in a ‘retweet’. 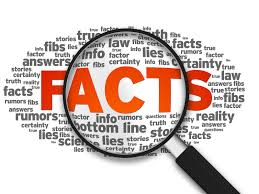 Perhaps endorsing a tweet by a member who had used the phrase Arbeit Macht Frei (Work Sets You Free) which was scored over the gates of Auschwitz, was not a wise thing to do.

Critics may feel that launching an investigation now into anti-Semitism “in conjunction with (the) new diversity and inclusion lead officer” when the tweet was published in August, is the least that can be done…

Tomorrow – why the growth in popularity of electric cars focuses attention on disclosures on The Eye that the founder of a company which pulled out of a planned site in South Wales was convicted of tax fraud.

Phil’s memories of his decades-long award-winning career in journalism (when investigations followed his disclosures) as he was gripped by the rare disabling condition Hereditary Spastic Paraplegia (HSP), have been released in a major book ‘A GOOD STORY’. Order the book now!