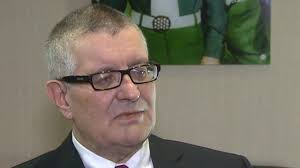 Edwin Phillips imagines what really might happen at tomorrow’s Swansea University court meeting to commemorate the death revealed by The Eye of the former Dean of their School of Management Nigel Piercy, who resigned after two turbulent years in charge when normally they stand as a mark of respect.

This is Nigel Piercy remember, who got us into all that trouble by saying our school was “not a rest home for refugees from the 1960s with their ponytails and tie-dyed T-shirts”.

(Muttering to self)  luckily the rest of the media haven’t picked up on it – only that irritating website The Eye.

HL-S:  (Nodding) as ever you are totally right, Richard.

That’s not all he said either.

(Coughs) comments like these had a terrible effect on the image of our esteemed institution.

HL-S:  (Coughs again) nooo (Piercy took over from Hilary Lappin-Scott and she was instrumental in bringing him to Swansea from Warwick University).

He pointed out that Nigel’s, er I mean Piercy’s, comments were “gratuitously offensive”.

RD:  (Sternly again) mmm, but didn’t I read on The Eye, that you had also done stuff to offend the staff?

If you mean those ridiculous stories about my tweets from around the world – the public, and staff, (to self) that’s the same thing isn’t it? (louder), want to know what I’m doing.

RD:  Yes, but did you have to tell them about all those, erm, ‘lectures’?

HL-S:  (Indignant) indeed I did, Richard.

Just because they seemed to be the same, does NOT mean they aren’t vitriol, er, I mean vital.

It is HUGE important that people learn about the rule, er, I mean role, of women like me in science.

(Triumphant) look at all this ‘President’s Club’ business – that shows how important it is.

(Quietly) no that’s not right, they are completely different.

RD:  (Seeming not to hear) yes, well at least we still have Piercy’s widow (Nikala Lane) with us.

You can put it in one of your lectures…