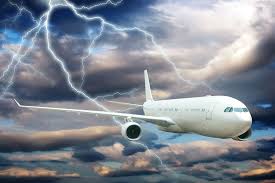 Disturbing headlines about the problems facing controversial Cardiff Airport (CA), have raised serious questions concerning the troubled airport’s contentious link-up with a state-controlled airline when the country has been accused of supporting terrorism, as well as the extraordinary fanfare which greeted the announcement by the mainstream media in Wales and senior politicians, The Eye can reveal.

Flights from CA by Qatar Airways (QA) to Qatar have now been suspended, but in the past the small middle eastern state has faced a barrage of criticism.

Visitors to Qatar have been warned by the UK Government about possible terrorist attacks there, and numerous other nations have cut diplomatic relations because of its alleged backing of terrorism.

The Eye have also shown how CA has been engulfed by other major problems too.

An expert has posted on social media that “the situation is dire”, after it was bought using taxpayers’ money for £52 million when another in Scotland was purchased for £1.

The coronavirus/Covid-19 crisis has brought the aviation industry to its knees, affecting most parts of the supply chain, including aircraft manufacturers, airports, and more recently ground-handling companies.

Over the last few months, long-term leaders in the field, such as Swissport, Menzies Aviation and dnata, have admitted struggling to make profits amid travel restrictions and reduced passenger numbers, especially in the UK and Europe. In August, they even wrote to the UK Government asking for much-needed financial support.

Among them, Swissport appears to be under particularly heavy pressure. In the summer the company announced plans to halve its UK workforce, while its Belgian subsidiary recently declared bankruptcy after months of losses.

Swissport is the handling agent at CA and makes money running everything from check-in to turning the aircraft around, which includes refuelling the planes, and cleaning the cabins. The company has made many people redundant recently which could mean officials envisage no long term future at CA.

To add to the financial storm for the airport, Flybe was a regular service operator but went bust last autumn.

The final nail in the coffin for CA may be the suspension of the KLM daily service to Amsterdam. This has been a mainstay for decades giving the original tag of ‘International’ to Cardiff.
The picture likely to emerge after the pandemic is one where new airlines start with a clean sheet, and lease aircraft from a massive pool at rock bottom prices. But that then could place a question mark over the long-term future of CA

Meanwhile The Eye noted with dismay the enormous hoopla among mainstream media pundits and Welsh politicians following the association between the airport and QA, but the tie-up was soon queried when it emerged that QA was suspending flights from CA to Qatar’s capital Doha (as well as Birmingham). Officials have claimed this is only for the winter because travel restrictions dictated weak demand, and flights are meant to re-start on March 28, although this is far from certain. QA had originally hoped to resume flights to CA in October but the global crisis has meant that the airline was forced to focus on its most profitable routes.

These disturbing details of QA pulling out of CA until at least March now raise major questions about the immense trumpeting of the link-up when it was first announced. In interviews, Carwyn Jones (First Minister of Wales at the time) stated:  “We would like to work with his excellency (Akbar al Baker the Chief Executive of QA)“. Mr Jones tweeted that he “welcomed” the first QA flight into CA and said it represented a “huge boost” for Wales. The then Welsh Secretary Alun Cairns informed us:  “The new flight from Cardiff to Doha plugs our entrepreneurs straight into one of the most dynamic economies in the Middle East, and an airport which offers a further 150 global destinations”.

The flight to Qatar’s Hamed International Airport was described positively in the South Wales Echo as providing “capacity for 150,000 passengers a year, as well as significant freight capacity for Welsh exporters at around 10 tonnes a flight”.

When the first flight from Doha was due, WalesOnline reported faithfully the words of Roger Lewis, then Chairman of CA, when he said: “This is a pivotal moment for Cardiff Airport, for Wales and the South West of England. The far reaching consequences of this service for passengers and businesses will be transformational”.

The same praising word was used by the Chief Executive of CA at the time, Deb Bowen Rees, who told the South Wales Echo:  “The Qatar Airways service has been transformational…” The airport’s Chief Commercial Officer Spencer Birns has stated baldly:  “Qatar Airways are committed to the route (with Doha) and we want them to be successful”.

But Qatar has long been controversial, and any link-up with an airline controlled by this state was bound to make news for all the wrong reasons.

The UK Government has told potential travellers to the country they faced major risks, and it stated on its advice website:  “Terrorists are likely to try to carry out attacks in Qatar“.

Yet it was told by its neighbours that they wanted it to accept six broad principles on combating extremism and terrorism.

It kept silent too as hundreds of thousands of Algerians protested, chanting “the people want the regime to go”.

Hundreds of millions of dollars in ‘aid’ money has been given as well by Qatar to Hamas, the group which holds sway in the Gaza Strip, and which has been designated by the USA as a terrorist organisation.

The Sunday Times, has disclosed that the tiny desert state had secretly offered £400 million to FIFA just 21 days before the worrying decision was announced to hold the 2022 football World Cup there.

But it has not simply been the contentious alliance with an airline controlled by Qatar and an expert warning that the situation for CA was “dire”, which have been disturbing – there has also been the money.

It may receive another £6.8 million, after getting a ‘loan’ of £21.2 million last year, which is itself an extension on the £38.2 million the airport could already ‘borrow’ from the Welsh Government (WG), coming on top of the public money used to buy CA in the first place.

News that a major airline is another which is pulling out of headline-grabbing CA could be a further blow to the “management of our economy”.

The management at the airport have also faced serious setbacks – perhaps they should not have been so quick to describe as “transformational” the link-up with a state-controlled airline, when the country has been accused of supporting terrorism and there have been warnings that travellers could be attacked…

Our Editor Phil Parry’s memories of his astonishing 37-year award-winning career in journalism (which did NOT involve welcoming news of an airport linking up with a contentious state airline) as he was gripped by the incurable disabling condition Hereditary Spastic Paraplegia (HSP), have been released in a major book ‘A GOOD STORY’. Order the book now!