Here our Editor Phil Parry looks at how time appears to fly by in an instant, but the reality is that it is more than 37 years since his career began, and many of the senior journalists he started with have now died!

The apparent speed in the passage of time is a curious thing and applies to everyone, but journalists are perhaps even more inquisitive about it than most people.

I remember my first day on the South Wales Echo like it was yesterday, but it was actually more than 37 years ago!

I realise that a host of senior journalists who I started with as a trainee reporter have now either died or are retired.

These are obviously inevitable events – yet they are also somehow strange ones!

For example the Editor when I started, Geoff Rich, is dead.

He was not always a well-liked character, and once uttered the immortal words to me “You’ll never work here again!” when I left to join a freelance agency.

I respected Mr Rich as an Editor though – he did after all give me my first job!

He sadly joins my initial News Editor, Stuart Minton, who was an extremely important figure in my early career.

The one-time Chief Sub-Editor of the paper, Dick Allder, has also, I’m afraid, departed this world.

Unfortunately they all share that regrettable fate with the former Education Correspondent and film reviewer, Dave Berry, as well as the celebrated cartoonist Gren.

The leading feature writer (and former journalist on The Guardian), Dan O’Neill, and the Bridgend district reporter, Alec McKinty, have also I’m afraid left us.

Of the other experienced and talented reporters I worked with, many have either now retired, or have left journalism altogether.

It was probably age or illness which took the ones who died, but I can’t discount the possibility that smoking (either passive or otherwise) may have had something to do with it, because the air was thick with tobacco smoke then, and most people had an ash tray on their desks.

All that has, thankfully, gone now, and it is a sign of the times that you are not allowed to smoke in offices (including newsrooms).

Major cultural changes like this are extremely rare, but they do happen sometimes.

When I started in journalism a lot of people in the newsroom smoked and you could cut the atmosphere with a knife!

The reporter opposite me on the paper was addicted to small cigars, and another always had extremely long cigarettes so that he could linger on doorsteps!

But now smoking is, rightly, frowned upon.

It is no longer allowed in pubs or cafes, and you regularly see a gaggle of hardened nicotine addicts outside buildings.

The first question you were asked on my Thomson Regional Newspaper (TRN) training course in Newcastle where I was first sent as a cub reporter, was “who here smokes?”, and an ash tray was placed with great solemnity on his or her desk. 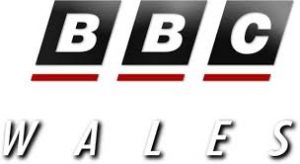 When I was lucky enough to be appointed the presenter of the BBC Wales Television Current Affairs programme, Week In, Week Out (WIWO) I was privileged to interview Sir Richard Doll.

Unfortunately WIWO has now been ditched in favour of ‘BBC Wales Investigates’.

But the programme exposed me to the knowledge that if anyone deserves a statue in towns and cities around the UK it is Sir Richard, because his work saved millions of lives.

Sir Richard was an epidemiologist and the team he led discovered the link between smoking and lung cancer.

He died in 2005 which, of course, to me seems like yesterday.

But that is just the passage of time!

Tomorrow – how recent disturbing events at troubled Cardiff Airport once again put centre stage its link-up with a state-controlled airline where the country has been accused of supporting terrorism, and after the connection was lauded by the mainstream media as well as leading Welsh politicians.

Phil’s memories of his extraordinary award-winning career in journalism (including his time on the South Wales Echo – then the biggest-selling newspaper produced in Wales) as he was gripped by the rare disabling condition Hereditary Spastic Paraplegia (HSP), have been released in a major book ‘A GOOD STORY’. Order the book now!