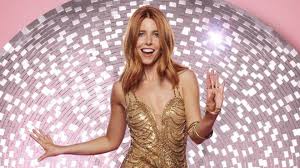 The terrible results of coronavirus (Covid-19) and the unprecedented lockdown of society has affected everyone, but the contentious documentary-maker telling us about them proclaimed it was a positive advantage not being a trained journalist, has made an awful mistake in a previous programme, and has been accused of being “lazy”, it has emerged.

Stacey Dooley is preparing a BBC Three documentary on the virus and, admitting that she is “desperate”, has stated on Instagram:  “Hi gang, hello, I’m sure you’re sick of these videos that everyone is posting online. I’m working from home for obvious reasons, I’m making a documentary for BBC Three about coronavirus.”

It seems The BBC may have forgotten that officials had to apologise and edit out Ms Dooley’s inaccurate commentary in a Panorama programme which claimed to portray the truth about Islamic State’s (IS) treatment of women.

One of her subjects in ‘Stacey Dooley Sleeps Over’, Adele Allen, said: “In the whole 72 hours she was here I did three early morning dog walks at 6am with the baby and she didn’t manage to make it out to one. She couldn’t get up with me – so there’s the lazy one”.

Ms Allen’s partner Matt claimed that Ms Dooley didn’t join in enough with their family life in Brighton on the show.

Matt said: “She’s lovely but there’s not a lot of depth to her. There’s a fantastic moment (in the programme) where she is with me in the allotment and I say: ‘Come on then Stacey, what herb is this?’ and I tell her it begins with the letter O and she says: ‘Olive oil’”.

Before this transmission Ms Dooley was again in hot water.

The programme in which a glaring error was made, was called ‘Stacey Meets the IS Brides’ and her voice-over had said: “We saw women raising their index finger in an IS salute”.

Meanwhile earlier this year, before the lockdown, she had explained to an audience at Cardiff’s St David’s Hall what it is like being a journalist.

The publicity put out by the venue declared:  “Join her (Ms Dooley) for what promises to be a thought-provoking, inspiring and informative evening. With a chance to try your own hand at journalism and ask Stacey the questions, this is an opportunity not to be missed“.

The investigative journalism we pursue on The Eye is also apparently something Ms Dooley is an expert on.

The St David’s Hall publicity before her appearance proudly proclaimed:“… Stacey talks about her remarkable career so far, where she’s headed next, and how news and investigative journalism are evolving in such a highly polarised global political climate and a constantly shifting media landscape”.

We can all rest easy…

Tomorrow – more alarming revelations about a crooked South Wales drug dealer, who had his legs broken when one deal soured, and who we have exclusively exposed

Our Editor Phil Parry’s memories of his astonishing lengthy award-winning career in another kind of journalism as he was gripped by the incurable disabling condition Hereditary Spastic Paraplegia (HSP), have been released in a major book ‘A GOOD STORY’. Order the book now! The picture doubles as a cut-and-paste poster