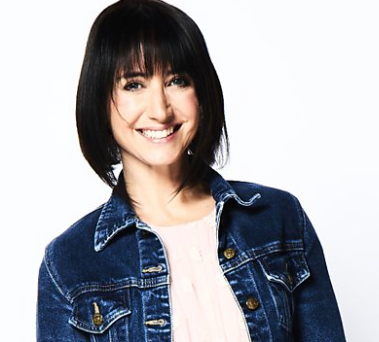 Controversial BBC Cymru Wales (BBC CW) presenter Lucy Owen has proclaimed the importance of travelling by bus to work in a tweet ‘liked’ by her lover the Editor of Radio Wales (RW) throwing the spotlight once again on the huge potential conflict of interest presented by their affair, The Eye can reveal.

The RW Editor Colin Paterson showed his approval of Ms Owen’s message on Twitter which declared that she had taken her first commute to the new BBC CW building in Cardiff, and that she loved it.

She says:  “I’ve always been a fan of X2 (a bus service) now I get to take it to work”, and has ‘hashtagged’ ‘publictransport’.

Yet officials of her lover Mr Paterson have commissioned a BBC CW RW programme hosted by Ms Owen and media executives both inside and outside the corporation have told us that they are worried about their partnership’s possible impact on the process.

The programme Ms Owen hosted on BBC CW RW was called ‘Sunday morning with Lucy Owen’, and in the context of her affair, the ‘predictive search results’ in ‘Google’ for Ms Owen and her husband have been, perhaps, prescient.

They have said ‘Lucy Owen Rhodri Owen split’, and knowledge of the affair is widespread in media circles.

Ms Owen’s partner and Editor, Mr Paterson, has himself also been a contentious figure, with his BBC CW RW schedules at the centre of recent changes.

There has been a huge shake up in the line up at BBC CW RW as Mr Paterson struggled to combat audience figures which are at a record low.

He described the new line up as a “creative challenge” and the statistics have made the scale of the challenge clear, revealing that his station had an average weekly audience of just 317,000 listeners in a three month period.

Among the changes that were announced in a bid to stem the tide of disastrous listening figures was a new breakfast programme hosted by different presenters on Monday to Thursday, to Fridays and Saturdays.

But a former day time programme presenter, who was called on Wikipedia one of the main presenters on BBC CW RW at the beginning, Mike Flynn, was deeply unimpressed.

Mr Flynn was equally angry at our revelations of the affair and said to us: “If Paterson has been having an affair with a Wales Today and Radio Wales presenter it brings his management skills in to question and he needs to be suspended immediately.”

Yet others have been less happy.

His new morning programme on BBC CW RW was described by listeners as “awful”, “abysmal“, and “one of the worst programmes I have heard in a long time”.

The Deputy Economy Minister in Wales Lee Waters AM has said publicly he is worried by what is happening and that there should be ‘serious’ and ‘challenging’ journalism, and objected to the decision to drop the Good Morning Wales (GMW) programme.

Evidently another theme for Ms Owen is how she takes the bus to work – but not that how her tweet about it throws the spotlight once more on the affair with BBC CW RW Editor Mr Paterson, and how this puts centre stage a possible conflict of interest.

Phil Parry’s memories of his extraordinary 36-year award-winning career in journalism as he was gripped by the incurable disabling condition Hereditary Spastic Paraplegia (HSP), have been released in a major new book ‘A GOOD STORY’. Order the book now!