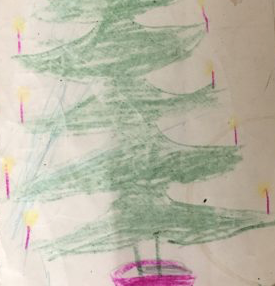 It may not be so happy for the crooks we have exposed, who have spent many past festivities in prison cells.

We have uncovered Steve Chan, a so-called academic who had been jailed for four years in the USA after a massive fraud yet was employed by Swansea University, before moving on to another company.

This year we initially said the disturbing event may have been connected with the extraordinary decision last month to suspend the Vice-Chancellor of Swansea University Richard Davies, and the Dean of his School of Management Marc Clement as well as two others, while a top-level investigation was undertaken.

We have been alone in reporting that in fact the suspensions and investigation are linked to a huge multi-million pound regeneration scheme at Llanelli called the ‘Wellness’ village.

But this is not the only scandal to hit Swansea University this year.

The Chair of the university’s governing body, Sir Roger Jones, has resigned from a company where he was a co-director with Professor Clement.

A university spokeswoman said at the time: “This is wholly unconnected to our current ongoing internal enquiry.”

Which means the Christmas present for Swansea University is the knowledge that it has now been rocked by a number of disgraceful events.

These are that officials have employed a crook, and the man in charge as well as senior people beneath him have been suspended as a major investigation is launched into a completely separate controversy, and that the man who is Chair of the governing body at the university has resigned from a company where one of those suspended was also a director, although these things are NOT connected apparently.

The response from Swansea University to The Eye’s queries about Chan was not very Christmassy either.

We lodged a series of questions with the institution through a Freedom of Information Act (FOIA) request, but the information was refused on the grounds the request was “vexatious”.

Four of the questions we asked in the FOIA were:

Apart from Chan, another crook The Eye have revealed, has also enjoyed a Christmas in a prison cell.

We have disclosed details about a dishonest South Wales ‘property expert’ conman called Howard Williams who had his legs broken after an illegal drugs deal soured, served many Christmases in jail but who changed his name to James Daniels, moved to Spain, and asked a specialist company how to ‘get rid’ of our ‘negative’ stories about him on the internet.

He has lied about the fact that he has been engaged in a two-year legal battle with us, and that one of our stories about him had to be suspended.

Indeed the festive period is so important to the family of Williams/Daniels, his father, Bill, told us, apart from admitting his son was “a complete crook”, how he and his wife spent part of Christmas day outside the walls of Cardiff prison to be near him inside.

We have continued to inform the public of Williams/Daniels’ astonishing life of crime as well as his prison sentences, despite the extremely non-Christmassy abusive messages on social media he has sent to our Editor Phil Parry, and his family.

A Lisa Williams has also bombarded The Eye and Mr Parry, with insulting messages on Facebook.

Another one who had his Christmas dinner in jail was the man who said he organised media events in Wales for the UK Labour leader, Jamie Insole.

Our team have reported how Mr Insole, had been jailed for eight years at Cardiff Crown Court following a bank robbery, but said on social media after we exposed his past: “We all make mistakes”

It is unlikely that Christmas bunting will be put out either at Brecon War Memorial Hospital to celebrate our exclusive exposure of disturbing information there.

As we showed, information from a whistleblower who had worked at the hospital revealed how an elderly stroke victim was allegedly slapped in bed by a carer, and visiting families were forced to bring in food to keep their starving relatives alive.

We have also been told that falsification of notes at the hospital was “routine practice”.

The whistleblower said:  “The night culture at Brecon hospital (was) amateur at best, dangerous at worst. (Staff were) drunk on duty, nurses (were) put to bed as they were drunk, then woken up before days-staff turned up. A convicted sex-offender was working as a care assistant.”

So Happy Christmas to everyone – apart from the crooks The Eye have exposed and those in charge of awful practices we have divulged!

Check your knowlege of today’s events as revealed over the last few months on The Eye, with our brilliant interactive quiz: [viralQuiz id=1]