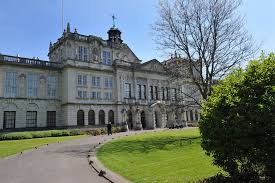 Officials keep a beady eye on them to see how their institution is doing, but they may explain rather more than they think or want publicised.

The University Guide 2020 published in The Guardian puts Cardiff Metropolitan University (CMU) at 113, down 14 places on the previous year and the lowest Welsh university.

The mainstream media have seized on the fact that Cardiff University (CU) is still ranked as being in the world’s top 200 in the Times Higher Education, but closer inspection tells a rather different story.

It has only just sneaked in at 198 and is in fact 11 places down on last year.

Even so the South Wales Echo proclaimed CU was “the only Welsh institution to make the list”.

The controversial former Vice-Chancellor (VC) of Aberystwyth University (AU) April McMahon evidently had a problem with the disastrous ranking of her institution.

She said the tables should be “taken with a pinch of salt”.

Professor McMahon finally left in the summer of 2016 after The Eye disclosed she was considering her position.

We showed that she had been forced to work alongside the university President Emyr Jones-Parry, before she finally left, which caused huge disquiet among senior university staff.

The Eye also revealed how during her calamitous five-year tenure, AU had plummeted in The Guardian league table, which is widely-read by potential students, and fell sharply in the Complete University Guide (CUG).

In the most recent Sunday Times Good University Guide 2020 AU has done slightly better but after its catastrophic performance recently this is hardly surprising.

Before that in the guide it had dropped 11 places to 93.

A damaging profile of the university at the time stated: “Aberystwyth has set itself the goal of becoming one of the top 30 universities in the UK and the top 250 in the world by 2017.

It is also likely that the then dramatic drop in the rankings for AU contributed to other problems, and in particular dissuaded potential students from going there.

In 2017 we showed how the then ‘acting’ VC John Grattan had outlined too the hugely-damaging effect of Brexit, when the university was seeking to attract students from overseas.

Even so, senior officials went ahead with creating a headline-grabbing campus on the sun-drenched holiday island of Mauritius, but announced its closure because only 106 students had enrolled in its second year.

The Mauritius ‘Branch Campus’ of AU had been condemned to us by staff as an “expensive folly” and a former VC said opening it had been “madness”, but it advertised for people even after its shutdown had hit the news.

Despite all of this, top-level executives flew to the tropical island for a second ‘graduation’ ceremony, which does not appear to be terribly good media-management in the circumstances.

But CMU has also not been without its problems, and these too may have put off teenagers.

The Eye have been alone in reporting a mounting crisis at CMU revealed by our sources at the university, which appears to centre on plans by the contentious VC Cara Aitchison to expand massively the university.

Documents show that CMU has set an ambitious target of reaching a level of 26,425 students by 2023, an increase of 8,810 on last year’s figure of 17,615, while staff claim they are under-resourced for an enlargement on this scale and students are being admitted who simply cannot cope with degree work.

It was ranked 108 in The Times and The Sunday Times Good University Guide 2019 – which meant it had plunged 18 places in only a year.

While the Echo has thought it worthy to report that CU, the biggest Welsh university, “has been named among the top 200 universities in the world” it has been less keen to be first with information that the institution has other problems which could have made it unattractive to new students.

We broke the news that the only Welsh university in the elite ‘Russell Group’ had embarked on a second major staff redundancy programme, after we had also exclusively revealed the first one.

In September last year The Eye were the first to report that internal documents showed how the controversial institution had decided to offer “academic staff a time-limited opportunity to apply for severance under a Voluntary Severance (VS) Scheme”.

But many at the university were unimpressed by an internal note which advertised the last programme.

It warned:  “The University is under no obligation to approve any application.”

Under “Achievement of savings target” the note stated:  “The financial consequences of any agreement under this scheme must make a positive contribution to the achievement of the overall financial resiliance of the School…”

At the time the union for academic staff, University and College Union (UCU), told their members at CU:  “… we remain highly critical of the culture of management and managerialism at Cardiff University”.

More than three years ago it was at the centre of a storm of controversy over the sudden withdrawal of the appointment of Griff Rhys Jones as Chancellor, and potential students may also have looked askance at this.

The comedian had already posed for pictures in his ceremonial robes and these pictures will have been closely scrutinised by university applicants.

Let’s look in a little more detail at the UK rankings of the Welsh universities in the most recent Sunday Times Good University Guide 2020. All but one have fallen.

Trinity Saint David’s – 102, which was a drop of 13. Glyndwr University in Wrexham  – 130, a decrease of one.  Swansea University (where the former VC Richard Davies along with his one time employee, Marc Clement of the university’s School of Management, have been sacked for “gross misconduct” in a scandal first revealed by The Eye, and where the police have launched an alleged bribery investigation during a multi-million pound land deal) – 31, a fall of one.

CU is at 34, a drop of two places. AU – 45, a rise of three places.  Bangor University, where the former Vice-Chancellor John Hughes had said in an email that he was now with “my Ping Xu” and told a friend “I have found a much younger partner”.

University of South Wales (where we showed how admissions tutors were urged to make unconditional offers to students predicted to achieve certain grades at A-level) gains a position of 114, a decline of four.

Yet it has become increasingly clear our inquiries of Welsh universities have not been welcomed.

The Eye’s questions under Freedom of Information Act (FOIA) legislation have been met with a blanket refusal to provide answers.

As with our queries to Swansea University, officials at CMU have stated that the questions to them from our Editor Phil Parry were “vexatious”.

Our Editor’s memories of his extraordinary 35-year award-winning career in journalism as he was gripped by the incurable disabling condition Hereditary Spastic Paraplegia (HSP), have been released in a major new book ‘A GOOD STORY’. Order the book now! The picture doubles as a cut-and-paste poster!