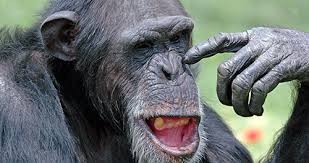 Edwin Phillips listens again as irrepressible Pro Vice-Chancellor, Hilary Lappin-Scott (HL-S), tells a colleague (C), more about her excitement at the appointment at scandal-hit Swansea University of new Vice-Chancellor (VC) Paul Boyle after the recent high-profile suspension of the man in charge, and the shock withdrawal of his potential replacement.

The disturbing news of Alison Jones’ pulling-out rocked the university during a dirty tricks campaign which appeared to back Professor Lappin-Scott and was revealed exclusively by The Eye.

She has enraged staff with messages from glamorous parts of the world and mundane tweets going into work at her institution where a convicted fraudster exposed by us was employed on a contract, and which hit the headlines over previous people at the top of its contentious management school.

C: (Still looking at the University and College Union {UCU} University of Leicester newsletter about Paul Boyle) have you given more thought as to why Professor Boyle decided to come to Swansea?

HL-S: (Not concentrating) no, I have been thinking about women.

What did you say?

C: (Becoming angry) I SAID ‘HAVE YOU HEARD ABOUT PROFESSOR BOYLE?’

HL-S: (Primly) Yes, I have and more than likely, he’s heard about me too, and wanted to come here to work with me

C: (Looking skywards) are you really so naive to believe that?!

On second thoughts, don’t answer that.

Here is a bit of background information for you:

One – before his appointment as Registrar and Chief Operating Office at Swansea University in 2018, Andrew Rhodes worked at the Department of Work and Pensions (DWP).

According to his own Wiki page, he was “Head of Profession alongside being Director-General, Operations“ and modestly mentions he had “… a remit larger than many Government Departments and the monetary equivalent of the 47th largest economy in the world”.

So presumably he was more than a tea-boy.

Two – since 2018, David Willetts has been Chancellor of the University of Leicester (where Professor Boyle was VC).

You can draw your own conclusions.

The Vice-Chancellorship at Swansea happily became available when the esteemed Richard Davies announced his retirement (amidst a few other trivial complications like being suspended) and some person from an Australian university decided she didn’t want the job.

Coincidentally it seems in darkest Leicester, Professor Boyle re-discovered his love for the sea and especially the Gower Coast.

But I am sure that Sir Roger Jones, Chair of the Council of Swansea University (and his colleagues on the council) would have asked very, very searching questions and done full, thorough due diligence work on past possible relationships between Willetts, Boyle, and Rhodes before announcing  that he was “… confident that under his (Boyle’s) leadership, Swansea University will build on its current strong position … “ etc. etc

Everybody is happy: Willetts is happy, Boyle is happy, Rhodes is happy.

And the result for Swansea University: a match made in hell.

HL-S: (Looking disconcerted) um, that is all a bit complicated for me

Don’t you worry your little head, dear – you just stick with whatever you do on inclusivity, diversity, equality, and self-promotion.

My advice is to keep that head down or, better still (mischievously), resign and move to Leicester.

It looks as though it is going to get pretty stormy.

Tomorrow – more alarming revelations about a jailed fraudster exposed exclusively by The Eye and employed on a contract at Swansea University.

The Editor Phil Parry’s memories of his extraordinary 35-year award-winning career in journalism as he was gripped by the incurable disabling condition Hereditary Spastic Paraplegia (HSP), have been released in a major new book ‘A GOOD STORY’. Order the book now!