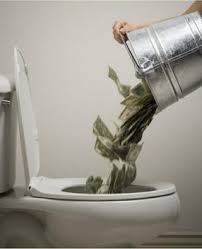 A controversial nationalist website in Wales which is backed by public money and has provoked extremist comments on its Facebook (FB) platform about ‘burning down’ holiday homes, has also prompted foul-mouthed abuse of businesses that rely on tourism, it has emerged.

But The Eye have shown that in another post on the FB site of Nation.Cymru (NC), a reader hit back and revealed that key workers fighting for people’s lives during the lockdown have been threatened, their property damaged, and it has been likened to promoting the politics of Nazi Berlin (see story soon).

One incendiary comment on the FB version of NC was: “A burned down holiday home is uninhabitable” and another read: “fuck all the business and their families that rely on tourism.  they can all go to hell the bloody traitors”.

The extremist remarks came below a FB link to the NC article with the tendentious opening paragraph:  “The county of Gwynedd in the north-west has seen the largest collapse in consumer spending as a result of Covid-19 in both Wales and England”.

But the website, as well as its ‘Editor’ Ifan Morgan Jones have long been controversial.

Dr Jones tweeted on Easter Day to Hollywood superstar Michael Sheen that any support for a ‘new service’ would be “gratefully received and the better the service will be”. In another tweet Dr Jones proclaimed that they had “already reached an audience of some 2m readers digitally”. The tweets asking for money were also sent to UndebPlaidCymru which declares it is “The official trade union section of Plaid Cymru”. In an earlier tweet, Mr Sheen asked about the cost and Dr Jones replied: “it’s very elastic – the more subscribers we have the more content we can produce”.

Yet some readers of NC were deeply unimpressed, and one told The Eye earlier: “If this new service involves more public money it will be outrageous. And why should Michael Sheen be interested in something like this anyway?”. Another said:  “What is this all about?  We know Nation.Cymru backs Plaid Cymru, but does Michael Sheen understand a lot of people are angry that taxpayer money supports it?“.

The concept of journalism too seems to be something of a mystery to Dr Jones. His CV states:  “I am the BA Journalism Course Leader at the School of Creative Studies and Media at Bangor University, and lecture on the subject of practical journalism”. However nowhere in the details is mentioned qualifications by the National Council for the Training of Journalists (NCTJ), the accepted body for formally accrediting journalists.

His website clearly supports Plaid Cymru (PC) which is in opposition to the larger governing Welsh Labour party in the Welsh Parliament/Senedd (WP), yet it is a fundamental tenet of good journalism to be neutral, especially for a website which claims it serves all “the people of Wales” and is backed by the taxpayer.

Its lack of journalistic neutrality is also shown by the fact that NC failed to cover the news that PC did not declare large amounts of money, but DID publish a piece about the UK Tory party showing it in an extremely bad light and another leading item saying “Conservative AM has accepted more free international rugby tickets than any other UK politician”, yet the site claims it is a “News service by the people of Wales, for the people of Wales”.

Several readers of NC have said the site is “biased”. On the NC Facebook platform other comments apart from the ‘burn’ remark and the revelation that key workers property was targeted, have appeared in the past, including some from critics. One said:  “It’s a biased online site for some of the people of Wales”. A further one stated: “If people are going to criticise one group they need to consider the actions of others, otherwise its called hypocrisy… we need to ensure all sides play by the rules”.

A lengthy ‘report’ about the Conservative Party said:  “More than half of donations received by new Conservative MPs in Wales came from secretive fundraising clubs based in the south-east of England”. Yet the story that NC omitted to cover, but received huge media attention in other outlets, was that PC had been fined tens of thousands of pounds after not declaring money from public coffers.

Dr Jones himself has also been in the news for all the wrong reasons.

At least one of his books has been ‘relisted’ on ebay which says:  “If your item doesn’t sell the first time you list it”. He has said on Twitter our disclosures of strong links to PC were “just nonsense”, and told a critic:  “I set it up myself off my own bat.”.

But Dr Jones should know as a lecturer in ‘journalism’ at Bangor University’s Department of Creative Studies and Media, on a course which is not accredited by the NCTJ, that everything published is supported by a raft of unseen evidence. In his ‘journalist’ lectures he presumably tells his students about the laws of libel, that all stories are governed by them, and that reporters have a large amount of evidence to back up each line.

Dr Jones himself put on FB last December a picture of a postal ballot paper, with his pen pointing at the PC candidate, and has posted a photograph of himself and his partner above the slogan “I’m voting Plaid Cymru”. In July 2016 he helped promote a rally for Welsh independence in Caernarfon and said that Wales:  “faced being part of a state which (is) being politically neglected”.

He has stated about NC:  “Much of the current money we do have to spend is due to support through the kindness of the Welsh Books Council. But such public money is thin on the ground, and ideally, no news site should be dependent on grants that, in the current financial climate, may not last forever.” The BCW declares: “The Books Council of Wales is a national body, funded by the Welsh Government, which provides a focus for the publishing industry in Wales.”

Recent opinion polls have not been good news for him, as the results have had to be ‘spun’. A St David’s Day poll giving the figure of 11 per cent of people in Wales supporting independence, was ‘reported’ in NC as a rise because it represented a four per cent increase on last year.

Emergency funding worth £150,000 to help the Welsh books sector to weather the coronavirus crisis was saluted by the BCW. Helgard Krause, Chief Executive of the BCW said it “warmly welcomed” the extra money.

But the whole publishing industry of Wales doesn’t prompt comments about burning down holiday homes and abusing tourism businesses.

Only NC does that…

The day after a Bank Holiday, and with families still in lockdown, we again present for readers TWO pieces.

Our Editor Phil Parry’s memories of his astonishing 36-year award-winning career in journalism as he was gripped by the incurable disabling condition Hereditary Spastic Paraplegia (HSP), have been released in a major new book, which was not supported by the BCW, ‘A GOOD STORY’. Order the book now!