Home Columnists Everything in the garden is NOT rosy

Our correspondent The Rebel looks at the latest extraordinary twists in the astonishing Tory leadership race.

Boris’s position is difficult and he deserves sympathy.

Now that’s not a sentence you read every day.

But it is true – he is trying to woo the Tory constituents on the garden party circuit who are deeply conservative (with a small ‘c’).

Yet his lifestyle is anything but conservative and that may not be to their liking.

His partner is more than 20 years his junior (his own daughter Lara is only five years younger than her), he has been married and divorced twice and had numerous affairs.

There are rumours around Westminster that he has fathered more children than he has admitted to.

Yet he remains the odds-on favourite to be our next Prime Minister, although it doesn’t look as much of a ‘foregone conclusion’ as it did a week and a half ago. 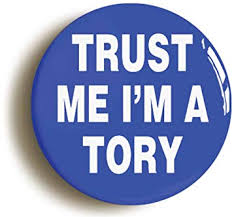 Recorded comments such as “get off my laptop”, and his refusal to answer questions about the row with Carrie Symonds in which the police were called, will not go down well with the Tory faithful.

As one Tory MP told me:  “The problem for Boris is that the perception is he doesn’t actually believe in anything unless it coincides with his own personal ambition”.

So he is a hard Brexiteer who said the UK would leave the EU on October 31 “do or die”.

That would mean potentially leaving WITHOUT a deal.

He has refused to rule out categorically suspending Parliament (which is overwhelmingly opposed to a ‘no-deal) and is preparing an emergency budget for a ‘no-deal’ outcome.

But is he really a hard Brexiteer?

He has also said a ‘no-deal’ Brexit was a “million to one” chance against, and he has boasted of getting a ‘good’ deal with the EU.

It all depends on who he wants to attract – he is a chameleon.

The ‘million to one’ comment might be aimed at those 20 Tory MPs who are reportedly prepared to vote down a ‘no-deal’ Brexit.

For once it takes attention away from Labour’s latest twist in the anti-Semitism row, which has come hard on the heels of Margaret Becket saying Jezza might be prepared to back a second EU referendum about staying in, were it not for the ‘advisers’ around him.

It’s claimed today in The Times that those advisers have created a culture of bullying and intimidation, with anyone who steps out of line subjected to political “punishment beatings”.

Forget the Civil Servant briefing the paper about the bearded lefty’s supposed “frailty”, which sounds like something from ‘Yes Minister’.

The alleged bullying was the most important part.

The paper says: “There is a growing frustration across all wings of the party, including in the shadow cabinet, about the operation of the Leader of the Opposition’s Office”.

All very embarrassing for the bearded one.

So the politics for all of them, not least for BoJo, are tricky.

But the diplomacy (at which Boris does NOT excel) with our European partners once he is in Downing Street could prove even more difficult.

His diplomatic ‘skills’ have been revealed over his supposed description of the French as “turds” in a BBC fly-on-the-wall documentary filmed while he was Foreign Secretary.

It has been reported in the Daily Mail the comment had to be cut because the foreign office said it would make Anglo-French relations “awkward”.

Typically, Boris said he had no ‘recollection’ of it.

Perhaps it shows why the continental Europeans hate him so much.

Guy Verhofstadt the European parliament’s Brexit coordinator said he was guilty of the “false promises, pseudo-patriotism and foreigner-bashing” he used with such success during the referendum in 2016 (yes, three years ago!).

The EU has repeatedly said it will not renegotiate the agreement and that the UK will crash out unless the House of Commons ratifies the full package on offer, including the protocol containing the Irish backstop for avoiding a hard border on the island of Ireland.

Mr Verhofstadt had described Boris as the Vote Leave campaign’s “most prominent architect” and “a man who continues to dissemble, exaggerate and disinform”, who appeared to be unable to stop spreading “untruths”.

He added waspishly: “Chief among them (the ‘untruths’) is the myth that Britain can tear up the withdrawal agreement that May negotiated with the EU, withhold its financial commitments to the bloc and simultaneously start negotiating free-trade deals”.

But it is almost as difficult for his outsider rival Jeremy Hunt.

He may be made to pay for saying that Boris had turned October 31 into a “fake deadline”.

His time as Health Secretary was not universally welcomed by the old codgers and codgerettes who use the NHS all the time.

It has also been seized on by those hard left supporters of Jezza.

Darren Williams was a significant backer of the Welsh First Minister (FM) Mark Drakeford’s on Labour’s National Executive Committee (NEC) who jointly-founded Welsh Labour Grassroots, which served as Wales’ branch of the Momentum group, which is like the bearded one’s private army.

But Mr Williams emphasised his support for Marky Mark (who was the only one in the Welsh Labour leadership race who voted for the bearded lefty), saying:  “Thanks in large part to Mark’s clear-sightedness… Wales has been spared the financially-ruinous PFI (Private Finance Initiative and) our NHS has been protected”.

As Welsh Health Minister, he added, the FM had ‘skilfully’ defended the ‘achievements’ from “the malicious propaganda of … Hunt”, but don’t look too closely at Marky Mark’s record; after all there were major scandals on his watch when a mental health unit in North Wales had to be shut down, and an investigation was launched after an elderly patient died.

That anti-Semitism row just won’t go away for Labour.

Now the bearded one has to deal with the fact that more than 100 Labour MPs and peers criticised the bonkers decision to readmit MP Chris Williamson into the party.

They have expressed “hurt and anger” at the ruling and said Jezza must withdraw the party whip.

The Derby North MP (a big supporter of Jezza’s) was suspended after saying Labour had “given too much ground” in the face of criticism over anti-Semitism in the party.

Jon Lansman, the founder of Momentum, said Williamson had not shown “one iota of contrition” for saying the party had been “too apologetic” in the face of criticism of the way it dealt with antisemitism within its ranks.

Apparently Williamson has had his suspension re-imposed two days after it was, er, imposed, although of course this had nothing to do with the furore.

The bearded one’s comments that bringing him back in the first place had ‘nothing to do with him’ and was an independent party disciplinary decision, have gone down like a cup of cold sick.

So it is difficult for both Jeremys as well as Boris.

The Rebel - 3rd July 2020
%d bloggers like this:
We use cookies to ensure that we give you the best experience on our website. If you continue to use this site we will assume that you are happy with it.OKNORead more