Run for it!
Graham Thomas
Graham is a well known sports writer in Wales. He shares with the Eye stories on his other blog at http://www.dai-sport.com

Run for it!
Latest posts by Graham Thomas (see all)

The Wales captain and his wife Emma have made a £500,000 donation to help NHS staff fighting the crisis in Cardiff and will follow that up with a further €500,000 for the health service in Madrid, where he and his family have been on lockdown since 14 March.

It means three of Cardiff’s biggest sporting stars have now raised and donated almost £900,000 to the NHS in Wales.

Juventus midfield ace Aaron Ramsey started it all off with two donations of £10,000 and then Tour de France winner Geraint Thomas raised more than £350,000 during three 12 hour cycling shifts on an indoor bike. And now Real Madrid star Bale has topped the lot with his £500,000 donation.

Bale made the donation to the Cardiff and Vale Health University health board and released a video thanking NHS staff for their work amid the crisis.

The charity, which is linked to the hospital where he was born, covers costs for staff and patients not provided for by NHS funding.

The 30-year old, who lives to the west of Madrid, is arranging for a similar payment to be made in Spain.

Our @Health_Charity the official charity of @cv_uhb would like to thank Wales and Real Madrid football legend, Gareth Bale and his wife Emma for their huge £500,000 donation to the University Hospital of Wales. @GarethBale11
Read more here: https://t.co/NPkxZ8ZKzx pic.twitter.com/E9NQnTJRMQ

In a video posted on Cardiff & Vale Health Charity’s social media, Bale thanked all staff for their hard work and sacrifice during the Covid-19 crisis.

He said: ‘The University Hospital of Wales holds a special place in my heart, it’s where I was born and it has provided great support to my friends, my family and the wider community, so me and my family would like to show our support.’

Cardiff & Vale Health Charity said: ‘We would like to thank Wales and Real Madrid football legend, Gareth Bale and his wife Emma for their huge donation to the University Hospital of Wales (UHW).’

Bale’s donation is similar to Lionel Messi’s last month. The Barcelona captain also donated £440,000 to a hospital in Barcelona and half a million to hospitals in his native Argentina.

Bale took a 10 per cent pay cut earlier this month when Real Madrid players agreed to a voluntary drop in salary. They will double the percentage cut to 20 per cent if the season in Spain cannot be completed.

The post Gareth Bale To Follow £500,000 NHS Gift With Same To Spain As Welsh Trio Get Close To £1m Mark appeared first on Dai Sport. 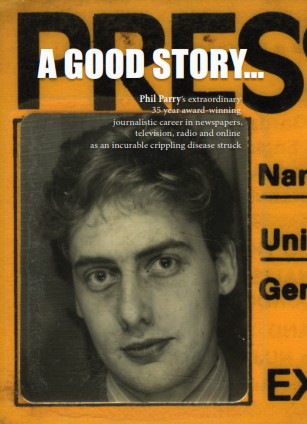 Our Editor Phil Parry’s memories of his astonishing award-winning career in journalism as he was gripped by the incurable disabling condition Hereditary Spastic Paraplegia (HSP), have been released in a major book which was not supported by the BCW ‘A GOOD STORY’. Order the book now!