Edwin Phillips reads an internal memo from the head of an internet estate agency after The Eye revealed that controversial Welsh Assembly Member (AM) Bethan Jenkins, put pictures of her house for sale on social media showing a poster on the wall of IRA hunger striker Bobby Sands.

From:  The head of house-selling with valued articles of vendors.

To:  Staff who show people around avoiding articles of vendors.

When you are showing a property to potential buyers emphasise positive aspects.

If it is on a busy main road, say there are good transport links.

If it is plagued by noisy children, say it is near good local schools.

If it is small, say it is compact.

As The Eye has highlighted the poster of an IRA hunger striker on the wall of a property of one vendor, this may present a problem if you are showing said property to an Ulster unionist.

This picture should therefore be avoided at all costs.

Examples of what can be said to distract the buyer may include:  “Look at this magnificent view” (even if said property looks out on to a brick wall).

Or “have I shown you the bathroom?”  (Plaid Cymru AM Bethan Jenkins put her house on Facebook saying there was a ‘super new bathroom with jacuzzi bath’).

Questions from the buyer about the background to the vendor should be answered:  “This property has a double aspect”. 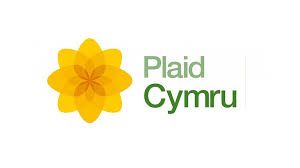 If there is a large drinks cabinet this should not be pointed to as a feature.

In fact it should be avoided.

If the property has a garage this can be highlighted, although with the words that we are of course firmly against drink-driving (Ms Jenkins received a 20-month ban and apologised after being caught drink-driving five years ago).

In showing the bedroom it is important to divert the buyer away from articles of the vendor such as pyjamas (Ms Jenkins admitted being over twice the drink-drive limit, and Cardiff magistrates court heard how she was unsteady, barefoot and wearing pyjama-style bottoms).

The buyer can be shown the drawers and told how much cupboard space there is (in her Facebook post Ms Jenkins said ‘all rooms are spacious’).

If there are coloured lights in the lounge, talk about going to a  pop concert to create a rapport with the buyer who will then stop looking at those multi-coloured bulbs (Ms Jenkins claimed expenses following a Rihanna pop concert in Cardiff, and the Welsh assembly’s rules were reviewed by the body that determines politicians’ pay and allowances, when she had stayed in a hotel at public expense after attending the concert in what was then the Millennium Stadium – but despite later paying the money back, she refused to apologise and insisted that she acted within assembly rules).

The entrance to the property must be highlighted as ‘fine’ whatever it is like, but jokes about a ‘Royal opening’ must be firmly avoided (in June last year Ms Jenkins refused to attend the Royal opening of the assembly because she is a “committed republican” and it was a “ceremonial event”).

If there is a table in the dining room say it can also be used for conferences (Ms Jenkins’ name was removed from publicity about a seminar on the future of the media when The Eye revealed her contentious past).

If the property has an outside patio say this can also be used for activity (Ms Jenkins told her followers on social media she worked very hard but posted a picture of an empty beach on Twitter saying it was a lovely day for a stroll).

In short you must use all your training to sell the property.

Looking out onto backs of houses = magnificent view.

Tomorrow the Welsh minister who is a ‘keynote’ speaker at power conference but used up energy in jetting round the world at taxpayers’ expense.