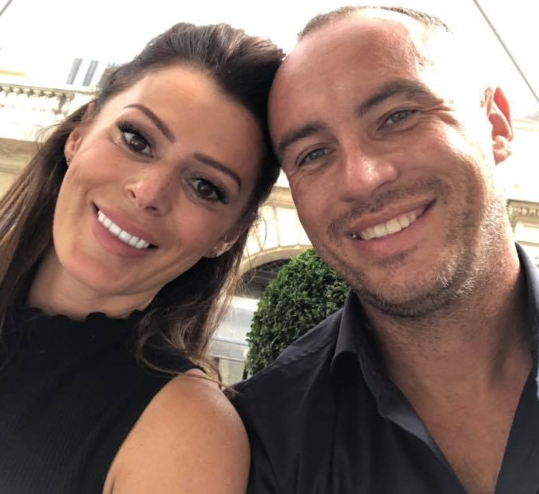 South Wales jailbird Howard Williams/James Daniels who had his legs broken when a drugs deal soured, and was exclusively exposed by us has just announced his engagement even though he is still married, The Eye can reveal.

But his new fiancee may not know that apart from formerly dealing in illegal drugs and after needing hospital treatment when his legs were smashed following the badly-executed illegal drugs deal, he is also a convicted fraudster who has tricked people out of thousands of pounds, some of whom have been left mentally damaged by losing large amounts of money to him.

Criminal Howard Williams moved to Murcia in Spain, changed his name to ‘James Daniels’, and has been in prison on a variety of charges (his own father has described him to us as a “complete crook”).

Williams/Daniels has admitted to being imprisoned and describes it in a Facebook post as a “short while”, when his convictions in fact total more than four years.

He claims:  “… when I was younger I did spend a short while in prison for fraud in the UK”, and adds:  “Stand up to the liars (and) haters…”.

He has posted a YouTube interview on his property website where he brags about his property ‘expertise’. He claims he had a “massive” estate agency business, but went from earning £20,000 a week to having just £56 in his pocket and living on the streets. Williams/Daniels also alleges he has driven expensive cars, and said in the interview that it took just  “24 hours” to turn the £56 into £1,000, yet some critics have questioned how much of this is true.

Williams/Daniels has been in charge, too, of marketing for a Spanish wine bar called ‘Blanco’ in Murcia, and he announced his engagement to Danni (or Danielle) Greer on the bar’s website, where the ‘liar’ post was also published.

Williams/Daniels is still married to his wife Lisa and divorce proceedings are underway, which raises more questions for his new fiancee.

He has himself called them online a “messy divorce”.

Bill Williams, who ran a sofa business in South Wales, believes his son stole about £250,000 from him in cash and stock.  He has just posted on Facebook that he and his wife knew of their son’s past and on occasions did not like him, although always loved him

She works for Digby Brown solicitors in Glasgow as a ‘Welfare Rights Advisor’ specialising in serious injury so she should know the law well.

At least she and Williams/Daniels have that in common…