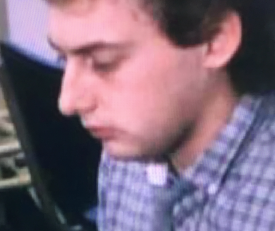 Here he discloses the attraction of TV to reporters after news that former Daily Mail Editor Paul Dacre is to present programmes about his experiences.

Television is an attractive medium for journalists.

I know this after spending 23 years at the BBC.

My former News Editor at the Daily Mail Paul Dacre knows this too.

Channel Four have signed him up to front a documentary series exploring how he helped shape modern Britain.

In ‘The World According to Paul Dacre’, he will talk about his quarter of a century in charge of the newspaper and how he used it to exert influence over the UK’s political life.

The series will “bring to life the decisions, debates and dilemmas that faced the editor of the Daily Mail throughout his tenure” and chart the “highs and lows” of working at the forefront of newspapers for the last 25 years, said Channel Four.

Mr Dacre was a fine News Editor (although I didn’t agree with his politics) and went on to become Editor of the Mail and Editor-in-Chief of the publisher of the paper, which includes The Mail on Sunday, the free tabloid The Metro, the Mailonline website, as well as other titles.

He was and is a divisive figure, and perhaps one of his most notorious (or famous) stories was when his journalists wrote about the appeal judges who had backed MPs in Parliament during the long-running Brexit dispute.

His headline in the Daily Mail above pictures of them screamed:  “ENEMIES OF THE PEOPLE”.

When I performed shifts there at weekends and during the holidays in 1986 and 1987, while I was employed as a trainee reporter on The South Wales Echo, there was an awful atmosphere in the newsroom and he must take responsibility for that.

It was the days when ‘creative tension’ was very much in vogue, and you could cut with a proverbial knife the atmosphere in the Mail newroom

Mr Dacre was actually OK to me, although he had a fearsome reputation, but his deputy was AWFUL, and for an extremely green young reporter he was a frightening sight.

For one story I had to write a ‘tribute’ to a Hollywood star who had just died, and to do this, I had to contact the dead star’s agent.

I had no idea how to get hold of the contact details, and had to ask someone in another department. I also had no idea how actually to file the piece, and the result was that it took several hours before I wrote the copy and put it in the system.

When the Deputy News Editor of the Mail saw it he grabbed the copy (these were the days when it was a physical version) and stalked down the newsroom to my desk.

“I THOUGHT YOU SAID YOU WERE QUICK!” he shouted at me. I didn’t know what to say in reply and stammered something back.

For another story on the Mail when Mr Dacre was in charge of the newsroom, I had to go out to buy a hashish pipe at a stall in London, and be photographed doing it by the ‘snapper’, which I duly did.

These shifts were, of course, strictly illegal because you were contracted to another paper (in this case the South Wales Echo) but everyone did them then because it was seen as a way to ‘get on’, and the managers at the Echo knew all about them. You just had to be discreet about it that was all.

But I was a stupid, naive, trainee reporter who had allowed himself to be photographed on another newspaper.

When I returned to the Echo newsroom on the Monday there I was featured in a big inside spread, named as a reporter on the Daily Mail in London showing what I had done! I then had to go round the entire Echo and Western Mail newsroom (it was open plan and we shared facilities), scooping up all the copies of the Mail before my boss saw the picture!

This was anything BUT being discreet about it.

Tomorrow – a convicted conman and former drug dealer who had his legs broken when a deal soured and was exposed exclusively by us, announces his engagement but is still married.