Home Journalism ‘The Times They Are A Changin”

Here he outlines how life has improved for journalists, and society in general.

Thankfully things have moved on.

Attitudes towards gay people, women, and those with disabilities are now very different to what they were years ago, although there is still a long way to go.

When I started in journalism in 1983 on the South Wales Echo in Cardiff, the reporter next to me used to disinfect the phone every time a gay journalist came over to use it.

I am not condemning her for doing it (although it was an appalling action) because it gives a very powerful clue to the ignorance then of AIDS and (as we now know) being HIV Positive.

AIDS was at the time described in newspapers as the ‘gay plague’ and I distinctly remember being told by a copytaker in the newsroom something that was doing the rounds then, that it stood for: ‘Arse Injected Death Serum’. 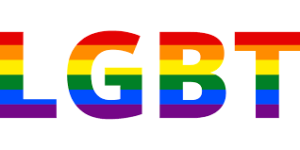 This was meant to be a joke.

Yet now we hear in newspapers and on TV last night, with relative equanimity that the former Welsh rugby star Gareth Thomas is himself HIV Positive.

He said:  “I’ve been living with this secret for years. I’ve felt shame and keeping such a big secret has taken its toll…I’m speaking out because I want to help others and make a difference. I hope me speaking out about my diagnosis will help a lot of people”.

The proportion of the British public who say they approve of same-sex partnerships has soared over the past 30 years.

Legislation allowing civil partnerships was passed in 2004 and gay marriage became legal in Wales, England and Scotland in 2014.

1967 saw the partial decriminalisation of homosexual sex in Wales and England, and there are now no police actions for ‘illegal’ gay sex.

The views towards disabled people are also better, although there is a lot still to be done.

The disability charity, Purple, surveyed more than 500 people who identified as disabled about their experiences shopping.

Four fifths (80 per cent) of respondents said businesses could do more to be accessible to encourage them to spend their money with them.

And more than half (56 per cent) said that improving staff understanding about different disabilities would encourage them to spend their disposable income.

As a disabled person myself I know from experience that life can be extremely difficult, but new technology has helped.

The investigative journalism I do can be pursued by rarely moving from my desk.

All the background history to a case can be found on the internet today.

When I started you had to go down the corridor to the ‘cuttings library’ and even then the information could not be relied on!

It was extremely rare to see a disabled reporter, and one of the reasons was that you were expected to be out knocking on doors.

The other reason was that there was such an awful discriminatory (and sexist) attitude in newsrooms.

Apart from life for a reporter on the South Wales Echo, the situation was pretty bad frankly, in all the newsrooms I worked in during the 1980s and 1990s – including BBC Wales TV, HTV Wales (as it then was) in the Pontcanna, Cardiff, newsroom, BBC Current Affairs in London, the Daily Mail and the old Today newspaper.

The BBC was a bit more enlightened to be honest, but even in those newsrooms, there were no disabled reporters, and more men than women were in positions of power.

Now you see a significant number of disabled presenters on TV who are there not because it is a programme about disability, but because they are good at their job.

The attitude towards women in newsrooms was awful.

General sexism was prevalent when I was on the Echo between 1983 and 1986 (male reporters on the desk behind me called themselves the ‘beaver’ colony), about one in four of the reporters were women, there was only one woman Sub-Editor, all the copytakers (where you took down details at a typewriter from reporters in the field) were women, and NO women were in positions at Assistant Editor level and above.

It is much better now in the newsroom of the South Wales Echo but unfortunately the paper’s coverage is not so good.

Beauty contests (which have been banned on TV because they are sexist) are still seen as important ‘stories’, and the internet version WalesOnline ‘reports’ the opening of a Cardiff bar where women dance for a largely male clientele, and we have poked fun at it.

In 2016, 17 ‘stories’ were published on WalesOnline about the bar Coyote Ugly, where women dance for customers who are mostly men.

But on the whole things are better.

People invariably look on the dark side of events and the media are partly to blame (I hold my hands up to this because positive events do not make a ‘good’ story).

But we should never forget that although life for women, as well as gay and disabled people is far from perfect, it has been a lot worse in the past!