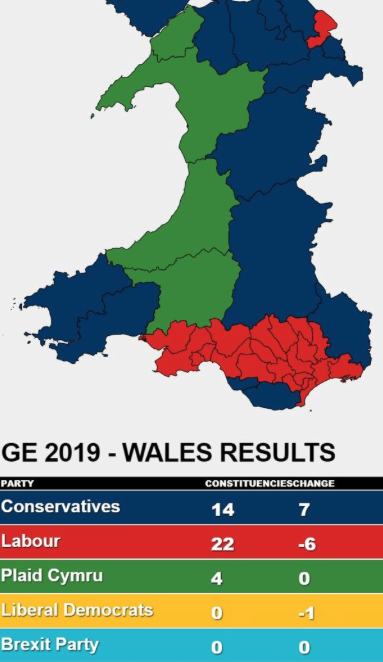 News that a major number of candidates for Welsh parliamentary seats at the General Election lived outside Wales has thrown the spotlight back on to an extremist independence party in which a senior official and one of its nominations lived elsewhere, while The Eye exclusively revealed that the ‘chair’ of the organisation has admitted her predecessor was “turfed out” for being “authoritarian” but that a right wing pensioner who originally founded it and supports a paramilitary group was “a critical friend”.

The extraordinary revelations were highlighted yesterday by our satirical writer Edwin Phillips.

Stephen Morris is ‘General Party Spokesman’ and ‘Policy Researcher’ of Gwlad Gwlad (Country Country/Land Land) (GG) which was founded as Ein Gwlad (Our Country/Our Land) (EG) although as he lived in England he was barred from voting in Welsh elections, so is unable to vote for the party at these ballots, and had to opt for another party in his home constituency.

Meanwhile GG’s candidate for the Vale of Glamorgan Laurence Williams had an address in the Old Bexley and Sidcup constituency in the South East of England.

Dr Morris works in Wrexham and lives across the English border in Shropshire, yet he has urged others to note the special qualities of Wales. In a piece introducing what was then EG on the Nation.Cymru website, he wrote: “Wales is a unique country. There is nowhere quite like it.”

The disturbing information came in The Eye before disclosures that a significant number of those who wanted to represent Wales as MPs lived outside the country.

Labour’s Mary Roberts in Ynys Mon has an address outside Wales, although party officials say that she was born on the island. The Liberal Democrat candidate for Montgomeryshire Kishan Divani had an address listed in Uxbridge and South Ruislip.

Apart from having an address in the Old Bexley and Sidcup constituency, Mr Williams had also stood for the far-right English Democrats, and had too been a candidate for the Christian Party (in Old Bexley and Sidcup in 2015), while in the 2014 European elections, he stood for the London region of the right wing Christian Peoples Alliance. His political career however started in the 2010 General Election fighting the Erith and Thamesmead seat for the English Democrats.

The alarming details are set against other worrying controversies about GG.

The original founder, right wing pensioner Royston Jones, and the former ‘chair’ were both “forced off” the steering committee of GG/EG which was “fraught with infighting”, and are setting up a new organisation to secure votes. The one-time Chairman, Gwilym ab Ioan (then known as EG) forecast the party would soon collapse, and that candidates in the General Election would lose their deposits (as happened).

He told our undercover reporter in a secret phone call:  “…our big mistake was not vetting people”, and that fact was put into sharp relief by the selection of Mr Williams to fight the Vale of Glamorgan seat.

Mr ab Ioan (known as ‘Gwilym the gardener’) has also claimed that he pulled the plug on his version of the party’s website, and is owed thousands of pounds. He said the ‘new’ Welsh independence party he is helping to create, would be called ‘Advance’, and will be formed with a well known Welsh Assembly Member.

He chaired EG before the party became GG, as it cleaned up its image to adopt a “more consensual approach”, but he has long been a controversial figure. In the past he has described Wales as a “dumping ground for (English) misfits”, was forced to resign from Plaid Cymru’s (PC) ruling body, and he has been faced with major problems running a charity allotment scheme which failed to file accounts two years running.

Sian Caiach the present chair of GG, and Mr ab Ioan’s successor, was the candidate for Cardiff Central in the General Election, yet was also the proposer for The Brexit Party nomination in Llanelli and the spotlight was thrown on to the remarkable situation after comments on Twitter.

On Facebook she said astonishingly:  “Gwilym ab Ioan was turfed out for being an authoritarian, control freak.  As for Royston Jones, he’s not on the Steering Committee and is now more of a critical friend of GWLAD in essence”.

Mr Jones supports the 1960s paramilitary group Free Wales Army (FWA), and who, it’s claimed, has also been ‘forced off’.

Royston Jones (who styles himself in documents as an ‘Investigative Journalist’), writes an acerbic right wing blog and published a picture of the leader of the FWA holding a gun. Mr Jones’ blog is called ‘Jac o’ the North’, and proclaims it is: “Interpreting Wales from a Right of Centre Nationalist perspective”.

He has published a picture of Cayo Evans, pointing a hand gun at the camera, and he revels in his long-standing support for the FWA. Mr Jones has also praised Evans as a “friend” and “comrade”. The FWA came to prominence more than 50 years ago, and it has been reported that the Official IRA (OIRA) gave or sold, most of its weapons to the organisation as part of its turn away from political violence.

Following our revelations about Mr Jones’ connection with Evans and news on The Eye of his publication of him with a pistol, a hotel where he was to announce the formation of EG/GG became deeply unhappy. Officials sent a message to Mr Jones saying:  “With regards to … concerns, we have now cancelled your meeting room with full refund of payment”.

EG/GG was finally unveiled at Llanelli later last year, but another nationalist blog had ‘reported’ earlier that a first ‘conference’ was to be held before the end of 2018. Intriguingly Mr Jones no longer mentions EG/GG on his right wing blog.

Meanwhile his support for the FWA and Evans, as well as previous statements have been questioned, and it seemed our Editor had become something of an irritant. On November 19 (2018) Mr Jones had written on his blog:  “The meeting yesterday went very, very well. I was delighted with the turnout and with the enthusiasm shown…perhaps the one disappointment – given the interest he’s shown in the new party – was that Phil Parry of The Eye wasn’t there. You could have had a scoop, Parry – ‘Shock! Horror! irritating little git thrown out of meeting”.