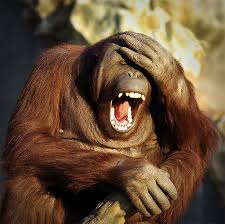 Huge criticism from aviation experts was prompted by revelations to politicians that passenger numbers at Wales’s biggest airport dropped to the lowest levels since the 1950s during the pandemic, plunging more than at any other UK airport, and that the Welsh government was blamed when travel restrictions in other areas were equally severe, it has emerged.

Cardiff Airport’s (CA) Chief Executive, Spencer Birns told a committee at the Welsh Parliament/Senedd Cymru (WP/SC) last Wednesday: “There was more traffic handling at other airports than there was at Cardiff, but then don’t forget we’ve been in a position in Wales where, and quite rightly so, the government have been so heavily focused on the health of the nation, that actually encouraging people not to travel overseas has been a major factor in the Welsh government’s approach”.

One aviation expert told The Eye exclusively:  “This is complete nonsense.  The rules in other areas were just as strict, so rather than blame the government they should get on with running Cardiff properly”.

Another warned: “I can’t see that Cardiff has a future, and now instead of making it an attractive proposition to fly from there, they are flailing around blaming everybody else”.

CA was bought by the Welsh Government (WG) in 2013 for £52 million, while the Scottish Government (SG) purchased Glasgow Prestwick Airport (GPA) for just £1, yet a valuation of Cardiff’s in March said it was worth only £15 million.

There was condemnation of this situation, and now the present criticism over its passenger numbers also appears valid.

Efforts to control coronavirus/Covid-19 were just as stringent from the SG, yet when the pandemic struck Scotland, GPA was much smaller than CA – in 2019 (before the UK lockdown) CA had 31,881 aircraft movements, while GPA had only 24,463.

Two months ago the Scottish First Minister (FM) Nicola Sturgeon refused to relax testing for passengers in line with the UK government, and airport managers then said Scotland’s travel rules were the most restrictive in Europe.

A disclosure, now, that CA has beaten GPA for record low passenger numbers even though it cost the public millions of pounds, comes at a difficult time for the airport, as it faces a number of enormous challenges.

A former worker at CA, who said he had been at the airport for 19 years declared on Facebook (FB), that he was sad to see the direction it has now taken. Andrew Smith said that CA was “Once a thriving airport with many overseas carriers”. He added:  “Now they have 3 or 4, which are just bucket and spade flights…….sad times”.

A further FB post from a different person was: “the situation is dire… the survival of the airport as a Civil concern is dependent on how long Mr Drakeford (Mark Drakeford – the First Minister of Wales [FMW]) is willing to pump our money into the place – plus a bit of luck” with a worried face emoji after the disturbing message.

A significant number of grievances followed the announcement from the Hungarian budget airline Wizz Air (WA) that it will not fly from CA until at least next year, also blaming the decision on pandemic restrictions.

The backdrop for the initial news about WA flying from Cardiff was the extraordinary acclamation it received in the Welsh media (it had been described as a ‘British’ airline in the South Wales Echo [SWE], and it IS London-listed, but eastern Europe-focused, and WalesOnline appeared to have reverted to ‘Hungarian’ in a more recent report about it postponing the flight).

Yet one traveller said recently on FB: “Just had our (Wizz Air [WA]) flights for Sep 2021 cancelled…”. Another angry passenger wrote:  “Cardiff seems doomed ,gutting , the Welsh government needs to help but it won’t, very sad.”  A further complainant said: “Drakeford’s (FMW) running CWL (the international code for CA)  into the ground”.

The Irish firm Stobart Air (SA) appointed a liquidator, and the sudden announcement that it was ceasing trading came hard on the heels of it revealing on May 5, two new routes to Dublin and Belfast, which were to begin from CA last summer.

Meanwhile, vast fanfare both from the mainstream media, as well as senior Welsh politicians, greeted a controversial link-up between the airport and state-run Qatar Airways (QA).

This headline-grabbing news came despite the fact that the UK Government had warned potential travellers to Qatar that they faced major risks, and it stated on its advice website:  “Terrorists are likely to try to carry out attacks in Qatar“.

In interviews, Carwyn Jones (First Minister of Wales [FMW] when it was announced) stated:  “We would like to work with his excellency (Akbar al Baker the Chief Executive of QA)“.

This ‘dynamism’ or ‘huge boost’ did not work out well for CA, as QA postponed coming to Cardiff, but the running of airports appears to be at the centre of the news even today.

It has been reported that the Taliban may be in talks with both Qatar and Turkey about the future running of Kabul (Hamid Karzai International) Airport, while a spokesman for the organisation which has controversially seized control of Afghanistan, Zabihullah Mujahid, said they were busy securing the site.

Numerous media outlets reported that a jet from Qatar carrying a technical team landed to talk about reopening the airport.

A Daily Mail item said:  “A Qatari jet landed at Kabul airport – the first since western mercy flights stopped late Monday – carrying a technical team that aims to get the airfield back up and running”.

Yet clearly CA is NOT back up and running properly, if passenger numbers are the lowest of anywhere in the UK, and the WG has been held responsible…

Tomorrow – how a chance meeting in a Cardiff coffee bar, and an explanation of our Editor Phil Parry’s rare disabling condition Hereditary Spastic Paraplegia (HSP), led to an excellent story.

Details of his astonishing award-winning journalistic career, have been released in a major book ‘A GOOD STORY’. Order it now!

The Eye - 26th November 2021
%d bloggers like this:
We use cookies to ensure that we give you the best experience on our website. If you continue to use this site we will assume that you are happy with it.OKNORead more