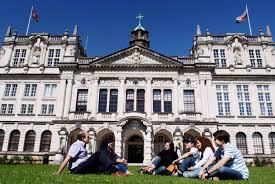 The Eye understand that the only Welsh university in the elite ‘Russell Group’ may be about to embark on another major staff redundancy programme.

The news that more staff could be departing Cardiff University will come as a huge shock to commentators and students alike, and confirm reports the sector is under enormous pressure because of Brexit, with or without a deal.

It is also set against a disturbing backdrop of further rounds of redundancies in the past at the university, where we have disclosed the Vice-Chancellor (VC) Colin Riordan has an interesting past.

In September last year The Eye were the first to reveal that internal documents showed how the controversial institution had decided to offer “academic staff a time-limited opportunity to apply for severance under a Voluntary Severance (VS) Scheme”.

Our sources have now divulged that a further “voluntary severance” scheme is soon to be offered to staff.

But many at the university were unimpressed by an internal note which advertised the last programme.

It warned:  “The University is under no obligation to approve any application.”

Under “Achievement of savings target” the note stated:  “The financial consequences of any agreement under this scheme must make a positive contribution to the achievement of the overall financial resiliance of the School…”

A helpful question and answer guide was also included for staff.

In answering the question “Why is the Scheme being offered?” it stated:  “The aim of this voluntary process is to enable us to continue to invest in staffing and infrastructure in support of the University’s strategic priorities.”

Yet in the past payments to senior staff at the university have been different.

In May 2015 The Eye revealed how Professor Riordan had hit the headlines after racking up £1,010.98 on taxis, hotels, rail tickets and hospitality between June 2013 and May 2014.

At the time The TaxPayers’ Alliance said:  “… surely out of principle Prof Riordan could donate his claims to the hard-working taxpayers of the future and the people he should be serving, the students of his university”.

In April Cardiff University was forced to deal with a Freedom of Information Act (FOIA) request with money paid to academic officials at its heart.

The question from an intrigued member of the public asked:  “I would like to know the yearly salary of the pro vice chancellor/s and how much that has increased since 2012, year-to-year”.

But Professor Riordan’s juniors have long been in the news over payments.

When Elizabeth Treasure was at Cardiff she was dogged by controversy over expensive furnishings.

In May 2015 we showed how the cost for furnishing and equipping her room was more than £3,220 greater than the money spent on the office of her superior, Professor Riordan.

Professor Treasure is now VC of Aberystwyth University where she has told workers that redundancies were “regrettable” at her institution, even though they may have been necessary to save money.

Yet The Eye showed how raising money through means other than reducing the headcount with redundancies has become more difficult recently.

Moody’s changed the outlook from stable to negative.

Cardiff was one of eight top British universities who had their credit status downgraded amid concerns that curbs to free movement would hit recruitment of academics and students.

But Cardiff University has been no stranger to embarrassments.

More than three years ago it was at the centre of a storm of controversy over the sudden withdrawal of the appointment of Griff Rhys Jones as Chancellor.

The comedian had already posed for pictures in his ceremonial robes.

Let us hope there will be no ‘further complication’ in reducing staff through voluntary redundancy and they have to sack people.