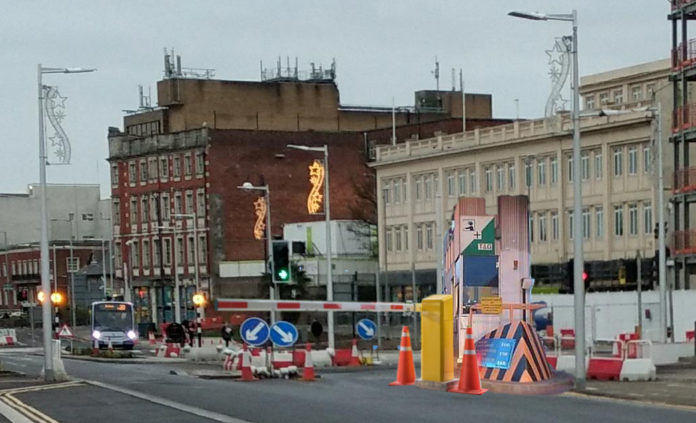 In a surprise move, Swansea City council has purchased the toll booths from the recently liberated Prince of Wales Bridge in an attempt to monetize the UNESCO world heritage roadworks.  The Prince of Wales Interpretive Roadworks, which celebrated their 61st-year last summer, have drawn millions of tourists but upkeep is becoming expensive. Many schemes have been hatched over the years to try to develop a sustainable model for the much-loved roadworks.  At one point the cash-strapped council sold shares and it was a year before they realised ‘so-called ISIS’ had bought a controlling interest in the Kingsway temporary utility roundabout.  They had been using it for terrorist purposes for six months before anybody noticed.

Dick Springfield of Dunvant was livid.  “They had been using it for the terrorism. Roundabout terrorism is one of the worst kinds you can have and they was doing it all the time as it turned out.  Their technique was to slightly improve congestion in the immediate vicinity of the roundabout using a series of controlled explosions and YouTube rants with masks on.  The knock on effect gridlocked the rest of the city centre for three days. What people don’t understand is what a finely balanced ecosystem the roadworks are. These terrorists will stop at nothing, up to and including stopping anything and everything that moves in the city centre.”

Council leader Rob Stewart stated that. “Without the toll booths, there is a very real danger the roadworks will become financially unsustainable by the end of 2019.  I understand that members of the public will object to the cost of leaving our, in many ways, groundbreaking conceptual traffic dilemma but what I would ask them to consider is just how much they want to see their loved ones again and how much they are prepared to pay.”

“Yeah man.  It was like we were in a dream and they were coming out of the sky like giant bats and they covered the cars in big bat dandruff.  We were screaming and screaming and all of our lips were made of turquoise and vanilla but the bad man used it to… Sorry, what was the question?”

With fifty thousand people a month becoming lost in the roadworks system the toll booths are expected to raise over £15 million a year. The restaurant chain Subway has launched a legal challenge insisting that people being able to leave the city centre will hit their passing trade. As a result, they have been granted a five-year rates rebate and a temporary license to harpoon people out of their cars on quiet days. 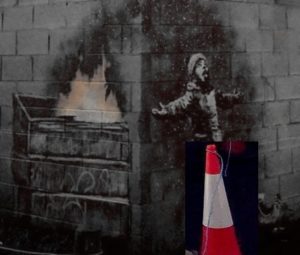 The mural by Banksy currently in Port Talbot has also allegedly been secretly purchased by Swansea Council for the undisclosed sum of £1 million pounds of ratepayers hard earned money. The painted slab of garage concrete will be part of the forthcoming ‘Roadworks Art Exhibition’ planned for the spring. After the exhibition the mural will be embedded into the pavement and protected by a super strong bulletproof glass sheet. Shoppers with an artistic bent will be able to walk all over it and donate money towards council funds by throwing coins (or ring pulls) into a nearby fountain (awaiting planning permission).