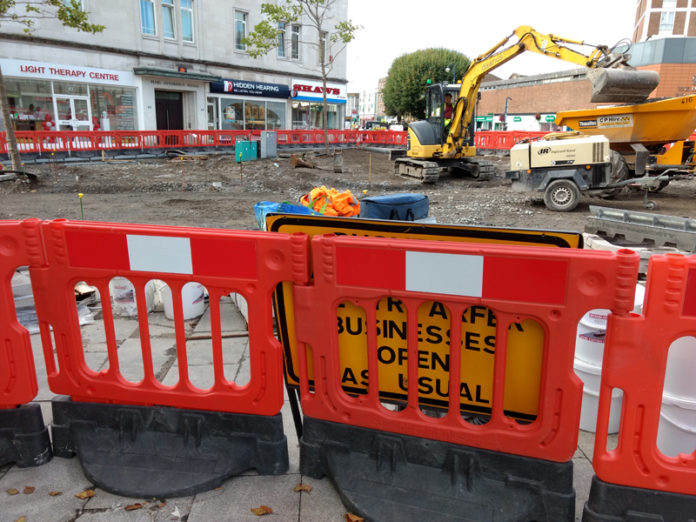 As preparations for ‘Swansea Roadworks The Musical’ gather pace the producers have released the first single from the soundtrack album.  It comes towards the end of the musical where we see the near completion of stage 1 of the redevelopment of the restructuring of the previous redevelopment based on the revitalising of the transport network after the infrastructure overhaul of the late Carboniferous period.

Here is the promotional video directed by someone only six degrees of separation from Steven Spielberg himself.

The song entitled ‘The Ballad of Swansea Kingsway’ borrows heavily from Frank Sinatra’s My Way with both its tune and mixture of nostalgic pathos cut with dramatic bombast being very much present.

The musical itself will debut at the top of Princess Way early 2021 and will feature an all singing and dancing cast some of whom can sing and or dance.  All performers are currently thought to be what members of their profession refer to as ‘resting‘ although legally it is called ‘being in prison‘.

In the tradition of such august publications as Smash Hits and Disco 45 we have decided to publish the lyrics from the song so fans can sing along.

The roadworks end is near
We’ve nearly finished reconstruction

The bendy bus has gone
Its presence caused severe disruption

Instead, we dug a ditch
On Swansea Kingsway

Decades, one, maybe two
Have come and gone since roadworks started

Yes there were lanes, three going West
And one went East, like some kind of test

They trashed it all and built a wall
On Swansea Kingsway

So, Santa came and went
The less we say the soonest mended

Go back to normal now
On Swansea Kingsway

But they rose up, to build again
A roundabout where one had been

God only knows how traffic flows
On Swansea Kingsway