Home News Tune in, and drop out… 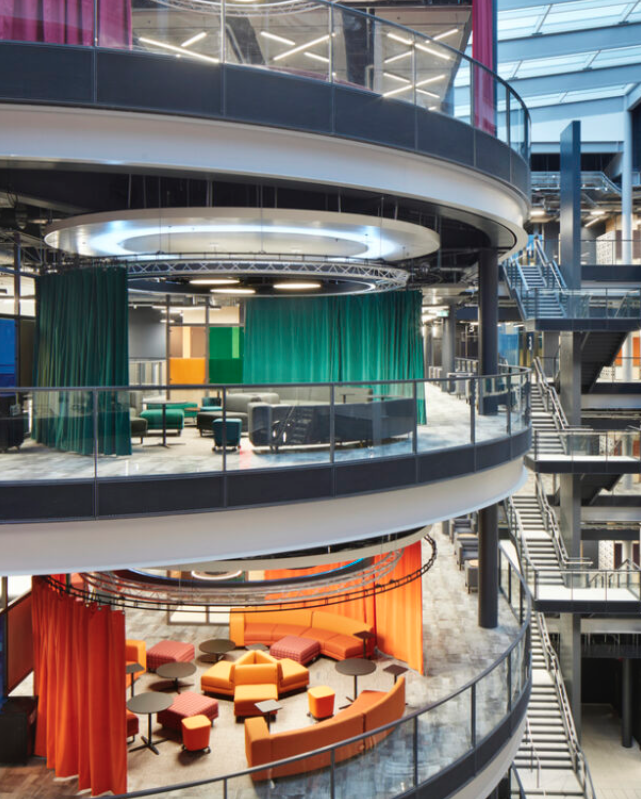 Staff at the biggest broadcaster in Wales have condemned the ‘failings’ of its flagship evening television news programme in their new building costing £100 million of public money, The Eye can reveal.

Earlier this week it emerged that mistakes seen for months on BBC Wales Today (WT) have become severe, and they may now have forced a move to another studio.

One worker with the giant broadcaster, said:  “This is incredibly embarrassing. Transferring to Central Square was supposed to have meant better quality, but it hasn’t been like that at all”.

A former executive told us: “The new graphics system has gone tits up so the programme has been forced to vacate its studio for a week.

“£100m public investment and the technical infrastructure is failing within 18 months”.

On Monday night’s transmission, presenter Nick Servini admitted to viewers they were in a different studio, which would be WT’s residence for a week at least, but he did not explain in detail the reasons for the move.

He said simply: “You may have noticed we’re in a different part of BBC Cymru Wales’s headquarters in Central Square in Cardiff. It’s going to be our home every evening this week, as we do some work on our regular studio”.

This however has not been the first time that WT, or its offices at Central Square have been hit by controversies.

The former lover of Colin Paterson, Editor of BBC Cymru Radio Wales (RW), presenter Lucy Owen, was newsreading on WT when programme-makers used a picture of Brighton Pavilion during coverage at the start of the hugely important Muslim month of Ramadan instead of a mosque, and the mistake was then featured in the Brighton Argus.

Meanwhile, The Eye had reported how there was considerable unhappiness among staff at the long delay in broadcasting from the building at Central Square, which was still unopened more than two years after the keys were handed over, and that all the personnel did not move in BEFORE the lockdown.

Some employees in one department believed that the new building only had room for a “fraction” of the numbers on the payroll when BBC CW was based at Llandaff, and they feared that the move was a precursor to merging them with another department.

One said at the time:  “This is a complete nonsense. Two years on and we still haven’t moved down there”.

Our Editor Phil Parry worked in the Llandaff headquarters of BBC Cymru Wales (BBC CW) for 23 years, and said during the delay:  “This is an unbelievable length of time.  I thought they would have been in there by now!”.

The new headquarters was handed over to BBC CW in April 2018, and staff were told it would take 18 months to fit out the building, but several months after that date passed, equipment was still in the ‘testing’ phase.

Officials were unable to say then when broadcasting would start, and the extraordinary delay had a severe knock-on effect for other broadcasters in Wales, such as S4C which was due to have a number of desks allocated to workers.

However he was not ‘accessible’ to Phil because an interview with him was refused.

The transfer to this ‘fantastic location’ at Central Square, and the destruction of the old Llandaff offices, were not universally popular.

One employee at the new building described it to us as “soulless”.

Newsreader Huw Edwards (who had worked at the former headquarters) said on Twitter: “Quite strange to see the iconic (hashtag) BBC Building in (hashtag) Llandaff being raised (sic) to the ground”.

A former DJ at RW proclaimed: “Llandaff was an ideal location”.

The one-time afternoon radio presenter, Mike Flynn, who was described on Wkipedia as a “…main presenter for the first decade on air ..(and)… hosted a show each weekday until 1989”, condemned what has happened.

He told The Eye: “There was plenty of potential in the location to absorb both the new rented site and the new operations in Cardiff Bay. The BBC has been playing the money game for years

“Llandaff was a wonderful creative place destroyed by mismanagement. Sadly most of the BBC output these days is garbage.”

Iolo ap Dafydd, who was a television presenter at Llandaff, declared on Twitter: “(It) Probably could have been renovated rather than demolished. Yet to be seen how new developments impacts Llandaf. City centre looks particularly grim“.

Weather forecaster Sian Lloyd said: “I used to love it there (Llandaff). Sigh”.

Yet apart from being praised for its ‘accessibility’ by Mr Davies, other senior BBC executives have also eulogised about the new building.

Alan Bainbridge, ‘Director of Workplace’, at the BBC, stated on an architecture website:  “The (new) project successfully balances pragmatism and efficiency with a drive to create a very special broadcasting facility and a world class workplace for BBC Wales.

“The regeneration of a pivotal site in the heart of Cardiff is the setting for this transformational project. It forges close connections between broadcasting and the public, sets new standards for innovative flexible and cost-effective workplaces, and creates a new home for the BBC that is built specifically for the digital world”.

But the standards are apparently not high, if staff have lambasted the ‘failings’ of its flagship evening television news programme there…

Tomorrow – why after a 23 year career with BBC Cymru Wales (BBC CW), and 38 years in journalism, (when he was trained to use clear and simple language, avoiding jargon), Phil is looking again at the extraordinary level of abuse investigative journalists like him endure online.

The memories of his astonishing decades-long award-winning career in journalism (when the behaviour of those who had tricked people out of their life savings was always exposed) as he was gripped by the rare disabling condition Hereditary Spastic Paraplegia (HSP), have been released in a major book ‘A GOOD STORY’. Order it now!

The Eye’s satirical look at the antics of a leading politician in Wales, has been postponed until after Christmas.