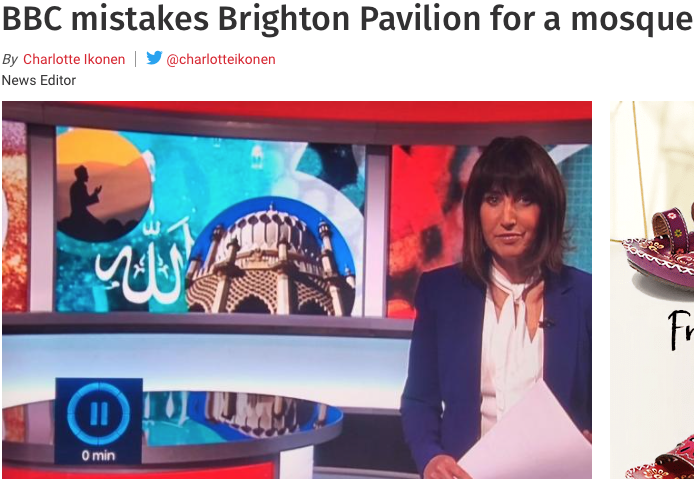 An appalling howler on one of Wales’ premier TV news outlets which was featured in an English newspaper, has put further pressure on the station’s contentious head after revelations on The Eye that his staff are angry they have still not moved into their new £100 million headquarters two years after it was handed over and before the lockdown was imposed.

Two days ago BBC Wales Today used a picture of Brighton Pavilion during its coverage of the start of the hugely important Muslim month of Ramadan mistaking it for a mosque, and the error was then featured in the Brighton Argus.

One said: “BBC Wales showing a picture of the Brighton Pavilion and getting it confused for a mosque when talking about Ramadan is kind of f****d?”.

Brighton Pavilion was a seaside retreat built for King George IV and was transformed from a modest farmhouse into what it is today from 1787 to 1822.

It was designed by John Nash, in an ornate Indian style, and is known throughout the world.

A prominent figure who has been described on Wikipedia as one of the most important presenters on BBC Cymru Wales Radio Wales (BBC CW RW) at the beginning, Mike Flynn, said:  “There is no decent Current Affairs output on BBC Wales and now we have this debacle with Wales Today.

“It all smacks of poor leadership”.

“Vast sums of money have been spent on low quality output. The buck stops with the poor management who are public servants.”

But this has not been the first controversy to have engulfed BBC CW or its director Rhodri Talfan Davies. 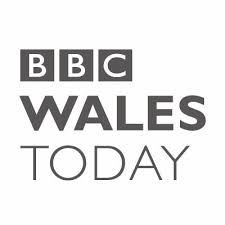 BBC CW received the keys to its new headquarters in April 2018, and staff were told it would take 18 months to fit out the building, but several months after that date passed, equipment was still in the ‘testing’ phase, and all the staff have still not moved in.

Officials were unable to say when broadcasting will start and the extraordinary delay is having a severe knock-on effect for other broadcasters in Wales, such as S4C which is due to have a number of desks allocated to workers.

Following the corporation taking possession of the building in Central Square, Cardiff, Mr Davies, proclaimed excitedly:  “Central Square is all about opening up… the fantastic location means that we’ll be more accessible.

But Mr Davies’ own staff have told us of their dismay that the ‘opening’ has been delayed for so long.

One said earlier:  “This is a complete nonsense.

“Two years on and we still haven’t moved down there”.

Our own Editor Phil Parry worked at the present BBC CW headquarters in Llandaff for 23 years, and said:  “This is an unbelievable length of time.

“I thought they would have been in there by now!”.

Major questions have also been raised about Mr Davies’ declaration that the new building shows how ‘open’ BBC CW is, particularly when it comes to giving information and granting interviews.

Mr Parry, was told by the Press Office in a lengthy email exchange over more than six months, that Mr Davies would be available for interview.

Question areas were provided, and the BBC CW official was told the interview could be conducted over the telephone, but Mr Parry was finally informed that an interview would not, in fact, be granted.

Officials have also clearly shown their ‘openness’ in the attitude towards queries about the listening figures for BBC CW RW.

There has, too, been little ‘opening up’ over revelations on The Eye that a senior executive at BBC CW was having an affair with a married presenter, and that it raised serious questions over a potential conflict of interest because officials have commissioned a programme she hosted.

The relationship of the Editor of BBC CW RW Colin Paterson with television and radio presenter Lucy Owen, (who also fronted the Wales Today ‘Brighton Pavilion’ mistake), had caused huge disquiet among media people both inside and outside BBC CW.

Ms Owen has hosted ‘Sunday Morning with Lucy Owen’ on BBC CW Radio Wales which had been commissioned by Mr Paterson’s staff, and is described by BBC CW as a “a vibrant Sunday morning mix of great music and conversation”.

There has also been a failure to ‘open up’ about programmes which have been scrapped in the past.

The popular TV debate series The Hour was axed after a year, and at a cost to the licence fee-payer of about a million pounds, following the disturbing decision to close the 53 year-old award-winning Welsh TV Current Affairs programme Week In, Week Out (WIWO).

This came hard on the heels of the appointment from the other direction of the former PC Chief Executive Rhuanedd Richards as Editor of BBC Radio Cymru (BBC RC) as well as the Welsh language online service, Cymru Fyw, and this too officials were not ‘open’ about.

Phil Parry’s memories of his astonishing 36-year award-winning career in journalism as he was gripped by the incurable disabling condition Hereditary Spastic Paraplegia (HSP), have been released in a major book ‘A GOOD STORY’. Order the book now!