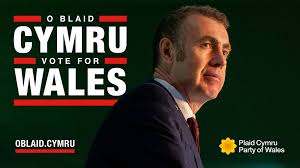 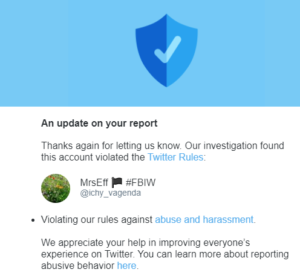 A social media giant’s severe reprimand and the public foul language of a leading Welsh nationalist party Plaid Cymru (PC) supporter, put centre stage news that a pressure group has highlighted the organisation’s “history of virile antisemitism” and accusations of prejudice against its founder, as it continues to endorse a candidate standing for election despite her making anti-Semitic comments, The Eye can reveal. 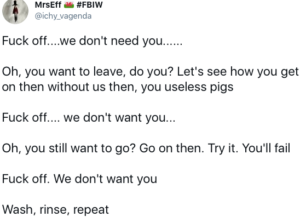 Ms Fitter wished luck in Welsh to former PC Assembly Member Simon Thomas who subsequently admitted making more than 500 indecent photographs and 77 films – some involving children as young as six – and was given a suspended jail sentence, she has told people to “Fuck off” repeatedly on the social media site, and posted a picture of the leader of the Conservatives in the Welsh Parliament/Senedd Cymru (WP/SC) calling him a ‘cunt’. 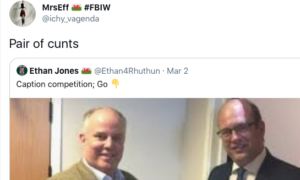 She also defended controversial PC Member of the Senedd Helen Mary Jones during the ‘transphobia’ row, even though Ms Jones was forced to apologise as well as pledge to attend awareness training, and after it Owen Hurcum, deputy mayor of Bangor, pulled out as a candidate for PC because it “continues to platform a candidate who has promoted, and continues to promote, transphobia”.

Yet despite this Ms Fitter condemned “The incessant bullying of (hashtag) HelenMaryJones by a small but noisy minority”.

Meanwhile her links to PC seem clear. Ms Fitter signed a controversial petition about recent flooding by one-time party leader Leanne Wood, and her son, Rhydian, was the communications officer for PC.

Ms Fitter’s own communications on Twitter, however, have been uncompromising, and led to the reprimand by the social media company.

As well as telling people to “Fuck off”, she referred to the death from cancer of contentious blogger Jacques Protic by saying he was “Just another fascist stranger. I’ll leave the mourning for those who loved him and the Hitler youth”.

She described a unionist as “obnoxious” and in the same tweet proclaimed “…there’s none so dim as a bigot”, while also saying that Welsh and Scottish people should be “reimbursed for the water,electricity oil and coal that…spongers take and have taken for free…”.

But her party has also made the news for all the wrong reasons.

Wales Against Anti-Semitism (WAAS) tweeted: “In publishing the report, (into remarks by PC candidate Sahar Al Faifi) it’s a shame @LSRPlaid@Plaid_Cymru & the Chief Executive didn’t take the opportunity to acknowledge the Party’s own history of virile antisemitism – the most notable example being that of founder Saunders Lewis & the need to apologise and make amends”.

Yet Ms Al-Faifi will continue to stand for PC as a South Wales Central list candidate in next month’s elections to the Welsh Parliament/Senedd Cymru (WP/SC), only being the subject of a ‘review’ which was then published in the report, by PC’s Westminster parliamentary group leader and MP for Dwyfor Meirionnydd Liz Saville Roberts, despite admitting making anti-Semitic remarks.

The ‘review’ aimed to ensure there was a ‘zero-tolerance’ approach to anti-Semitism within the party.

But it appears that one of the organisations battling it does not have the support of senior members of PC, and the WAAS Twitter account had earlier been blocked by the former leader who’s petition on flooding Ms Fitter signed, Ms Wood.

The bad headlines about PC have, though, continued and following Ms Al-Faifi’s comments being brought to light, the Board of Deputies of British Jews (BDBJ) was alerted, and there were calls for her expulsion from PC. One Twitter post in June had linked US police violence to Israel.

The BDBJ said the decision to allow her to seek election sent a message that “anti-Semitism is tolerated in Plaid Cymru”.

The letter stated: “It is a hallmark of anti-Semitism to attempt to blame Jews for the world’s ills”, and added that the tweet followed “years of anti-Semitic behaviour”.

She was suspended by PC in 2019, but reinstated in February over her social media messages, although last year she had admitted that some of her posts had crossed “the boundary of criticism of Israel into anti-Semitism”.

Following these revelations, the review of anti-Semitism in the party (which appears to have sympathisers at very high levels in Wales’ biggest broadcaster) was conducted

In it, Ms Saville Roberts made a series of recommendations, including giving training to those who considered complaints.

In 1936 he said of Adolf Hitler:  “At once he fulfilled his promise – a promise which was greatly mocked by the London papers months before that – to completely abolish the financial strength of the Jews in the economic life of Germany”.

Mein Kampf was published in two volumes in 1925 and 1927, with an abridged edition appearing in 1930, in which Hitler described the Jew as the “parasite”, and Lewis wrote in a 1926 edition of the party magazine Y Ddraig Goch: “It’s a low, churlish thing to slur a man by calling him a Jew”.

More recent figures in PC, however, have no less a disturbing past.

The party’s MP for Carmarthen East and Dinefwr (who now sits as an Independent), Jonathan Edwards, accepted a police caution after attacking his wife.

PC suspended Mr Edwards for a year in July following the attack, meaning he must sit as an independent MP until at least this year. A party disciplinary panel, though, ruled that the suspension could be lifted, dependant upon the MP demonstrating “he has undertaken a period of self-reflection and learning to address his actions” (which sounds remarkably similar to the ‘review’ of Ms Al-Faifi and others, after anti-Semitic comments were made).

Even so, his former party of PC (and Ms Fitter’s present one) has been accused of continuing a “close relationship” with Mr Edwards, after it emerged that he had campaigned with PC councillors and used the same adviser as the leader, following the suspension.

Rob James, leader of Carmarthenshire County Council’s (CCC) Labour group, raised “serious doubts” about the nature of the suspension, saying that it was just a “PR stunt”.

Meanwhile in September 2014 it was stated in the publication of the think-tank Institute of Welsh Affairs (IWA) about PC’s founding father:  “Lewis may or may not have been what some have called a ‘salon anti-semite’ that is one who has personal racial prejudice against Jews expressed privately”.

He is among many others who are ‘celebrated’ in Wales, but have deeply disturbing pasts.

But the remarks of PC’s Ms Fitter have not been celebrated by Twitter which severely reprimanded her – highlighting that her party has had its “history of virile antisemitism” emphasised by a pressure group, as well as the prejudice of its founder, yet continues to back a candidate standing for election despite her making anti-Semitic comments…