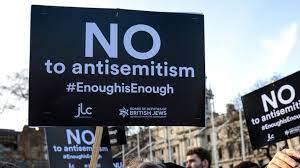 The shock admission by a Welsh nationalist party that it has let down the Jewish community by failing to install rigorous anti-Semitic procedures, puts centre stage the fact that the group was founded by a figure who has himself been accused of being anti-Semitic, it has emerged.

Controversial Sahar Al Faifi is not to be removed as a Plaid Cymru (PC) candidate despite admitting she made anti-Semitic comments on social media.

The Board of Deputies of British Jews (BDBJ) was alerted, and there were calls for Ms Al-Faifi’s expulsion from the party after it was revealed that in one Twitter post in June she had linked US police violence to Israel.

The BDBJ said the decision to allow her to seek election to the Welsh Parliament/Senedd Cymru (WP/SC), where she is to stand as a South Wales Central list candidate, sent a message that “anti-Semitism is tolerated in Plaid Cymru”.

The letter stated: “It is a hallmark of anti-Semitism to attempt to blame Jews for the world’s ills”.

It added that the tweet followed “years of anti-Semitic behaviour”.

Ms Al-Faifi was suspended by PC in 2019, but reinstated in February over her social media messages, Although last year she had admitted that some of her posts had crossed “the boundary of criticism of Israel into anti-Semitism”.

Following these revelations, a review of anti-Semitism in the party (which appears to have sympathisers at very high levels in Wales’ biggest broadcaster) was conducted by PC’s Westminster parliamentary group leader and MP for Dwyfor Meirionnydd Liz Saville Roberts which aimed to ensure there was a ‘zero-tolerance’ approach.

She made a series of recommendations, including giving training to those who considered complaints.

He is among many others who are ‘celebrated’, but have deeply disturbing pasts.

Unlike a ‘salon anti-semite’, Ms Al Faifi’s views were not expressed privately, they were on social media, and allegations of being anti-Semitic have long dogged PC – ever since it was founded by a man accused of being engaged in anti-Semitism…