Wales’ busiest airport which controversially linked up with a state accused of supporting terrorism, faces severe challenges over passenger numbers this year despite proclamations of a bright future, The Eye can reveal.

The budget airline Ryanair has backed growing calls to give the Welsh Assembly responsibility for setting Air Passenger Duty (APD) and hinted that it could increase the number of flights at Cardiff Airport.

The mainstream media has reported that Cardiff “punches above its weight” with air travel.

But the airport may encounter huge problems in 2019 and it has even been the subject of our satirical writer Edwin Phillips.

But Cardiff’s contentious flights to the Qatar capital Doha, are only on course to give prospective passenger numbers of 80,000 to 90,000 for its first year of operation, and that includes the traditionally busiest month of August.

There has already been concern among senior figures.

In September we reported how Akbar Al Baker, the Chief Executive of Qatar Airways had told The Independent newspaper the performance had been a disappointment.

“We are giving it time”, he told the paper.

“We are hoping Cardiff will come around, passenger-wise.”

The airport too has a controversial past.

It claims it will reach two million passengers but hit the headlines for all the wrong reasons when it was bought by the Welsh Government (WG) for £52 million in March 2013, when Glasgow Prestwick Airport was purchased by the Scottish Government (SG) eight months later for just £1.

In July 2017 it was reported that Qatar had been cut off by some of its powerful Arab neighbours over its alleged terrorist support.

The tiny state (or emirate) refused to comply with an initial list of 13 demands, saying it would not agree to any measures that threatened its sovereignty or violated international law.

The emirate was told by its neighbours that they wanted it to accept six broad principles on combating extremism and terrorism.

Saudi Arabia, the United Arab Emirates (UAE) and Bahrain, severed relations with Qatar on June 5 2017 amid the allegations.

Qatar denies them, yet it does acknowledge that it has provided assistance to some extremist groups, such as the Muslim Brotherhood, but says it does not aid militant groups linked to al-Qaeda or so-called Islamic State (IS).

Yet despite this disturbing background, earlier last year amid huge fanfare from the mainstream Welsh media, Cardiff Airport proudly unveiled direct flights to Qatar with the state airline, and the news received a big endorsement from politicians.

As The Eye have reported, the Welsh First Minister at the time, Carwyn Jones, tweeted that he ‘welcomed’ the first Qatar Airways flight into Cardiff Airport saying it represented a “huge boost” for Wales. 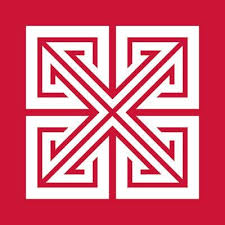 The Welsh Secretary Alun Cairns said:  “The new flight from Cardiff to Doha plugs our entrepreneurs straight into one of the most dynamic economies in the Middle East, and an airport which offers a further 150 global destinations”.

The mainstream media in Wales and senior management at Cardiff Airport were not far behind in their praise.

The flight to Qatar’s Hamed International Airport was described in the South Wales Echo as providing “capacity for 150,000 passengers a year, as well as significant freight capacity for Welsh exporters at around 10 tonnes a flight”.

When the first flight from Doha was due, WalesOnline, whose Editor Paul Rowland threatened to sue our own Editor Phil Parry, reported the gushing words of the Chairman of Cardiff Airport, Roger Lewis:  “This is a pivotal moment for Cardiff Airport, for Wales and the South West of England.

“The far reaching consequences of this service for passengers and businesses will be transformational”.

But the UK Government takes a rather different view, and has warned potential travellers to Qatar that there are major risks.

It stated on its advice website:  “Terrorists are likely to try to carry out attacks in Qatar“.

Meanwhile Bristol Airport plans thousands of extra car parking spaces, a transport interchange and another pedestrian walkway to the terminal.

These changes as well as the prospective passenger numbers could be an even bigger threat for Cardiff Airport than the UK Government’s warning about Qatar.