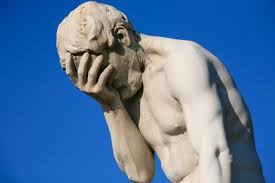 It has emerged a new Welsh independence party founded by a right wing pensioner exposed by The Eye for his links to a paramilitary organisation has raised its profile.

A nationalist blog gives details about ‘Ein Gwlad’ (One Land) saying:  “To quote our Aims and Values as set out in our Constitution:

“We are a new party which is committed to make Wales be the country that its people deserve it to be. First and foremost that means an unequivocal commitment to independence”.

A first ‘conference’ is to be held before the end of the year when the contentious party will be formally launched.

The nationalist blog adds:  “We are a unique party seizing a unique opportunity at a unique time”.

But the man behind it, Royston Jones, is also unique.

He supports the 1960s group Free Wales Army (FWA) and it has been reported that the Official IRA (OIRA) gave or sold, most of its weapons to the FWA as part of its turn away from political violence in the 1960s.

Mr Jones writes a ‘right of centre nationalist’ blog under the psedonym ‘Jac o’ the North’ and we showed how he pledged to create the new Welsh independence party by earlier this year, with an Annual General Meeting (AGM) penciled in for March 3, yet nothing happened.

Meanwhile our revelations about it on The Eye prompted an enormous reaction.

One supporter stated publicly:  “When the day for the official launch arrives, we’ll be fully kitted and armed”.

Another in November said:  “Jac o’ the North says that following a successful first meeting the details of a new Welsh political party should be revealed in March 2018 once they are ironed out”.

But the delay in the official launch of ‘Ein Gwlad’ may have had something to do with disclosures on The Eye.

We showed how Mr Jones posted a picture on his blog of a man pointing a gun at the camera while others looked on laughing, and
Plainly, despite our factual revelations about crooks, Mr Jones was troubled by our intervention, and wrote on his blog:  “He (another critic of the plan) used the lies peddled by Phil Parry on The Eye”.

Mr Jones may have blamed our Editor in the past, but he has used ‘lies’ before in describing him.

More than three years ago he called Mr Parry “a lying bastard” and dubbed him “vermin”.

This infuriated his child, Gruff, and he sent him a tweet saying he was “sonofvermin”.

He continued:  “He’s a mouthpiece for the Labour Party (many of The Eye articles have been about the misdeeds of Labour politicians) and often ‘trails’ stories for Llais y Sais (we never write ‘trails’ for other organisations)“.

Yet other facts ARE true about the founder of this new Welsh independence party.

The picture on Mr Jones’s blog of a man pointing a gun at the camera was of the leader of the FWA, Cayo Evans.

He has also posted pictures on his blog of other leading members of the army in paramilitary outfits.

The FWA was a paramilitary Welsh nationalist organisation, formed at Lampeter in Ceredigion in 1963, and its objective was to establish an independent Welsh republic.

Mr Jones has praised Mr Evans as a “friend”and “comrade”, and published the picture of him toting a handgun.