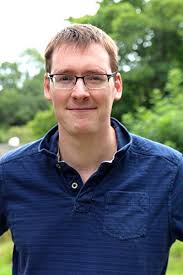 The ‘Editor’ of a ‘news’ website which is backed by taxpayers’ money and supports independence, who has urged people to vote Plaid Cymru (PC), lectures at a leading Welsh university in journalism yet has no recognised journalism qualifications, The Eye can reveal.

The CV of Ifan Morgan Jones states:  “I am the BA Journalism Course Leader at the School of Creative Studies and Media at Bangor University, and lecture on the subject of practical journalism”.

And it continues: “My research interests include nationalism, minority language media, digital media and devolution. I completed a PhD in nationalism and the Welsh press in the 19th century. I am currently co-writing a book about the Welsh language press and Welsh identity between the 19th and 21st century, and also a series of papers on digital Welsh language media in the present day”.

But nowhere in the details is mentioned qualifications by the National Council for the Training of Journalists (NCTJ), the accepted body for formally accrediting journalists.

However Dr Jones has been no stranger to controversy.

It is a bedrock of journalism, which Dr Jones presumably teaches his students, that you must be neutral and report the views of those you may personally find repugnant, however it seems he has other ideas.

Last September on his website Nation.Cymru (which claims it serves all “the people of Wales”) Dr Jones said: “As the independence marches in Cardiff, Caernarfon and Merthyr Tydfil have shown, we are out (sic) our best when we come together and meet up face to face”.

Less than two years before that on his site he wrote:  “I was hugely disappointed to learn today that anti-Welsh language troll Julian Ruck is to be invited to give his opinion on the Welsh language on S4C”.

On Nation.Cymru one of the comments in support of Welsh independence reads:  “Welsh National Party will move things along, too. Things looking decidedly warm for reactionaries”.

In an ‘opinion piece’ on Nation.Cymru headlined:  “Why Wales should have the power to make St David’s day a national holiday” the case was put strongly for Welsh independence.

It said:  “We’re not allowed to have a bank holiday for St David’s Day because Westminster deems it so.

“This is just one of a litany of indignities inflicted by the Westminster elite on Wales, and it may seem like a relatively trivial one.”

The site ‘reported’ contentiously “Support for Welsh independence has risen again”, on the back of a poll result which showed it was at 11 per cent.

Dr Jones published on Facebook last December a picture of a postal ballot paper with his pen pointing at the Plaid Cymru (PC) candidate, and has posted a photograph of himself and his partner with the slogan “I’m voting Plaid Cymru”.

In July 2016 he helped further a rally for Welsh independence in Caernarfon and said that Wales:  “faced being part of a state which (is) being politically neglected”.

On his CV Dr Jones says:  “I am a published author of three novels, Igam Ogam (2008), Yr Argraff Gyntaf (2010) and Dadeni (2017). Igam Ogam won the Daniel Owen Memorial Prize for best novel at the 2018 National Eisteddfod in Cardiff. I am currently working on a fourth novel, Babel, based on my research on the Welsh press in the 19th century. I have also contributed as an adjudicator for the National Eisteddfod on a number of occasions. My creative works discuss the subjects of nationalism, myth, Welsh history and devolved politics

Yet it is also clear he wants readers of Nation.Cymru to be ‘frequent contributors’, because the website declares:  “Much of the current money we do have to spend is due to support through the kindness of the Welsh Books Council.

The Welsh Government (WG) announced £750,000 of additional funding for the Books Council of Wales (BCW) to invest in a new digital system to manage the sale, supply and distribution of books.

The BCW will also receive additional capital funding of £145,000 during the current financial year.

The Deputy Minister for Culture, Sport and Tourism (formerly a leading figure in PC), Dafydd Elis-Thomas, said that he was “delighted” to support the BCW to invest in this sector of the Welsh economy.

“This will be a significant boost to the Books Council of Wales but also the whole publishing industry in Wales,” he said.

In the comments section below another article promoting Welsh independence on Nation.Cymru, it published the views of a right wing blogger who has in the past posted a picture of paramilitary group leader Cayo Evans holding a gun.

Royston Jones, who lauds his time in the Free Wales Army (FWA) in the 1960s, described on Nation.Cymru ‘elderly people’ coming to Wales as “incomers” who are taking up too many places in Welsh care homes, and that the situation is “absurd”.

Yet these contentious published views may enrage many ‘elderly people’ from England now in Wales.

Royston Jones was a founding member of the extreme Welsh nationalist party Ein Gwlad (EG, Our Land) which became Gwlad, Gwlad (GG, Land, Land), and fielded a number of candidates in the General Election last December who all lost their deposits.

Sian Caiach of GG, for example, was the candidate for Cardiff Central in the General Election, but it has emerged she was also the proposer for The Brexit Party nomination in Llanelli.

Royston Jones wrote on Nation.Cymru: “Let’s be brutally honest.  For too long elderly people moving from England to Wales has been viewed as a growth industry by the ‘Welsh Government’, local authorities, and of course the owners and providers of care homes.

“This is an absurd and self-defeating ‘economy’ when all the negatives are taken into account.  So why is it encouraged?”.

Perhaps it is also absurd to some that the Editor of the website where these views were published lectures in journalism, despite having no qualifications to do the job…

The Eye - 23rd September 2020
%d bloggers like this:
We use cookies to ensure that we give you the best experience on our website. If you continue to use this site we will assume that you are happy with it.OKNORead more