Home News Truth will out

After alarming headlines about the leader of the Scottish National Party (SNP) Nicola Sturgeon, ‘misleading’ the parliament in Scotland, here our Editor Phil Parry examines why people who have been caught out invariably give evasive answers, with worrying examples in Wales at the heart of the growing scandal.

The alarming news that Nicola Sturgeon ‘misled’ the Scottish Parliament (SP) underlines a fundamental truth for me – never trust the answers from people who have been exposed.

Invariably, they will try to shoot the messenger for highlighting ‘negative’ publicity, reply to a direct question with a completely different answer (or refuse point blank to respond at all), or are just plain evasive and slippery.

I have been in this situation countless times after bringing out the dubious activities of those with influence – especially as presenter of the BBC Cymru Wales (BBC CW) television Current Affairs programme Week In, Week Out (WIWO) which has now, sadly, been axed after 53 years.

The SP committee at the centre of it all reached the conclusion that it was ‘misled’ by Ms Sturgeon by a majority vote ahead of the publication of its final report next week.

The committee has also concluded that it finds it “hard to believe” she didn’t know of concerns about the behaviour of her predecessor as SNP leader, Alex Salmond, before November 2017.

Ms Sturgeon initially claimed she learnt about the investigation from Mr Salmond himself at her home on April 2, but later admitted she “forgot” about an earlier conversation with Geoff Aberdein, Mr Salmond’s former Chief of Staff, four days previously. 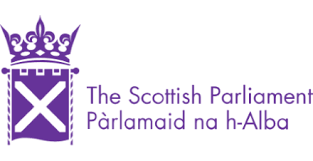 Members of the Scottish Parliament (MSPs) included a passage in their damning report to say they are “concerned” at the length of time it originally took, in the wake of harassment complaints against Mr Salmond, for Ms Sturgeon to tell her top civil servant about contact with him on the matter.

But in answer to all this, Ms Sturgeon did not simply ‘fess up’, she, of course, blamed a politically motivated conspiracy against her.

She said:  “What’s been clear is that opposition members of this committee made their minds up about me before I uttered a single word of evidence, their public comments have made that clear”.

On one occasion I was told by a crook whose actions had brought misery to dozens of people: “You are only doing this because you’re a member of the Labour Party!” (he was wrong).

Another instance which comes to mind, after the camera had stopped rolling, is of the Chief Executive of a Welsh council and key player in a controversial re-development scheme, saying to me:  “The problem is that by bringing out all this stuff, things simply won’t get done”, as though it was wrong to talk about mis-deeds because these ventures, which many people opposed, might then be jeopardised.

Another tactic, which gives short-term respite, is to give information which is factually incorrect.

During the lockdown, the First Minister of Wales (FMW), Mark Drakeford, whether knowingly or unknowingly (and that, too, is a major factor in the Ms Sturgeon scandal) apparently gave inaccurate information, when clarifying rules on meeting family members living in separate households in parks.

In response to a reporter’s question, he said: “The rules in Wales are that two people can meet providing they observe social distancing”.

But this was not quite right.

The Welsh Government (WG) said overarching advice in Wales was to stay at home, and that members of the public needed a reasonable excuse to go out under the lockdown rules.

So EVERYTHING needs to be checked.

Tomorrow – the vacuous nature of an announcement by Wales’ biggest broadcaster…

Phil’s memories of his remarkable decades long award-winning career in journalism (including exposing the misdeeds of those in power) as he was gripped by the rare disabling condition Hereditary Spastic Paraplegia (HSP), have been released in a major book ‘A GOOD STORY’. Order the book now!