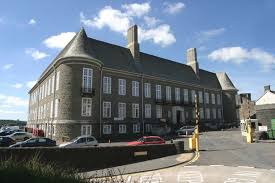 A controversial Welsh council has been accused of turning off the public webcast in ratifying a contentious name-change of a huge multi-million pound land deal which is the subject of a police alleged bribery investigation, it has emerged.

The £200 million ‘Llanelli Wellness and Life Science Village’ (Delta Lakes) project has been rebranded as ‘Pentre Awel – Breezy/Windy Village’ but has been at the heart of a major police probe ever since a formal complaint was made by Swansea University (SU) to the Serious Fraud Office (SFO) in 2018, with at least eight addresses being raided by officers.

Now furious blogger Jacqui Thompson (who has long been a thorn in the side of Carmarthenshire County Council [CCC]) has written:  “Given the secrecy (webcast switched off) one must assume that no partners have yet been found from academia or the private sector, and the criminal investigation into bribery and corruption continues”.

Ms Thompson has also highlighted research which indicates the site is acutely threatened by flooding.

She has stated on her blog attacking CCC: “New flood maps were published by NRW (Natural Resources Wales) which show that much of Llanelli and its surrounds are now at very high risk of flooding.

But the enormous Wellness village/Pentre Awel project has often made headlines for the wrong reasons.

The re-naming has been slammed by another outraged critics of CCC as “moronic” and  “an attempt to clean up its image”.

One politician, Sian Caiach, said ironically:  “Its good to know that the disaster of the Wellness Project is to be covered up by moronic re-branding.

It is all set against an extraordinary backdrop, after the former Vice Chancellor (VC) at SU, Richard Davies, along with one of his senior executives the Dean of his School of Management, Marc Clement, were sacked for “gross misconduct”, and as appeals against dismissal by other executives were rejected, with the alarming land deal at the centre of it.

Last year the police said their inquiry was focusing on the tendering process of the Wellness Village/Pentre Awel project.

The scheme formed part of the £1.3 billion Swansea Bay City Deal and was run in partnership with SU as well as Hywel Dda and Abertawe Bro Morgannwg health boards.

86 acres of land at Delta Lakes had planning permission and the giant scheme was to have included research and business development facilities, a state-of-the-art care home as well as an assisted living and rehabilitation centre, outdoor leisure space, a wellness hotel, and a new leisure centre.

Chris Moore, the director of services at CCC said at one point that “significant conversations” had continued with an unnamed higher education partner to come on board with the project (which may have come to nothing), and design work was progressing.

“Seven (now eight) addresses in Swansea, Carmarthenshire, and Kent are being searched with the assistance of colleagues”

A statement from SU made plain that senior executives were involved in the probe.

The former Chief Executive of CCC Mark James too was part of the contentious scheme, and he has regularly been a controversial figure with a libel counter-claim against Ms Thompson coming under intense scrutiny, as well as its being underwritten by public money.

The headline-grabbing Wellness Village/Pentre Awel project may also now come under further intense scrutiny, if Ms Thompson has her way and after highlighting the remarkable fact that a public webcast was turned off for a critical meeting, as well as that the site is at risk of flooding…

The memories of our Editor Phil Parry’s 37-year remarkable award-winning career in journalism (including exposing allegedly unlawful acts) as he was gripped by the incurable neurological condition Hereditary Spastic Paraplegia (HSP), have been released in a major book ‘A GOOD STORY’. Order the book now!