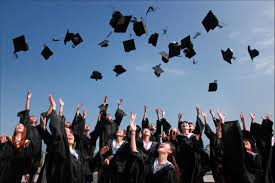 What’s in a name?

Nothing except when it concerns an academic who was sacked from a Welsh university after it emerged that a police alleged bribery investigation was being conducted, but still calls himself ‘Professor’.

Given the extraordinary background of Marc Clement commentators are entitled to ask whether continuing to use the title of ‘Professor’ is correct.

‘Professor’ Clement was sacked for “gross misconduct” from his position as Dean of the School of Management at Swansea University (SU) when the police probe was launched into a multi-million pound land deal.

Yet if you have been sacked from your position at a university, then that title goes with it as it is a paid job, unless you have a visiting professorship from elsewhere and there is no record of this.

Even so he is described as a ‘Professor’ by the ‘Learned Society of Wales’, which proclaims on its website that he was elected as a ‘founding fellow’ in 2010 in the areas of “SCIENCE, TECHNOLOGY, ENGINEERING, MEDICINE & MATHEMATICS”.

The question mark that hangs over continued use of this title, comes as the huge land deal itself, as well as key players like ‘Professor’ Clement, face intense scrutiny.

The £200 million ‘Llanelli Wellness and Life Science Village’ (Delta Lakes) project has been rebranded as ‘Pentre Awel’– Breezy/Windy Village but has been at the heart of the major police inquiry ever since a formal complaint was made by SU to the Serious Fraud Office (SFO) in 2018, with at least eight addresses being raided by officers.

South Wales Police (SWP) said the regional crime unit executed “a number of warrants as part of an investigation into alleged bribery offences.

“Seven (now eight) addresses in Swansea, Carmarthenshire, and Kent are being searched with the assistance of colleagues”

The searches involved officers from SWP, Dyfed Powys Police and Kent Police forces, yet we have been alone in disclosing the properties which were raided by the police.

Last year the police said their inquiry was focusing on the tendering process of the Wellness Village/Pentre Awel project.

The scheme formed part of the £1.3 billion Swansea Bay City Deal and was run in partnership with SU as well as Hywel Dda and Abertawe Bro Morgannwg health boards.

86 acres of land at Delta Lakes received planning permission, and the giant scheme was to have included research and business development facilities, a state-of-the-art care home as well as an assisted living and rehabilitation centre, outdoor leisure space, a wellness hotel, and a new leisure centre.

Chris Moore, the director of services at Carmarthenshire County Council (CCC) said at one point that “significant conversations” had continued with an unnamed higher education partner to come on board with the project (which may have come to nothing), and design work was progressing.

But a statement from SU made plain that this ‘business plan’ was under the microscope, and that other senior executives were involved in the police probe into it.

The former Chief Executive of CCC Mark James too was part of the contentious scheme, and he has regularly been a controversial figure with a libel counter-claim against the outraged blogger Jacqui Thompson being highly criticised after revelations that it was underwritten by public money.

Anthony Barrett, the Assistant Auditor General for Wales (AGW) at the time and Appointed Auditor of CCC, issued a public interest report saying the authority had acted ‘unlawfully’ in indemnifying Mr James’ action.

After a comment like this, it seems appropriate to engage in a major examination of whether a man sacked for “gross misconduct” is still entitled to use the title of ‘Professor’…

Tomorrow – when a Welsh television company and media group do not present challenging facts in a ‘report’ about independence.

The memories of our Editor Phil Parry’s 37-year remarkable award-winning career in journalism (including exposing allegedly unlawful acts) as he was gripped by the incurable neurological condition Hereditary Spastic Paraplegia (HSP), have been released in a major book ‘A GOOD STORY’. Order the book now!