The extraordinary internal dirty tricks campaign at a controversial Welsh university where senior officials have been suspended and which The Eye have been alone in reporting, has astonishingly compared the top-level investigation into a questionable multi-million pound land deal to the redacted Mueller report into the activities of controversial US President Donald Trump and again claims the remarkable inquiry is a ‘witch-hunt’, we can reveal.

The libellous gmail was sent once more using a fake address from ‘Your friend’ to staff at Swansea University, the Chair of its council, leading Welsh journalists including ourselves, along with the First Minister of Wales, marked ‘Vanitas Vanitatum’.

It states:  “As the Mueller report is analyzed across Washington you must ask
yourselves what (the) witch-hunt can contain that justifies its cost not only in legal fees but to the longterm reputation of your university? … As your centenary approaches you must question the competence and maturity of leadership that has done more to benefit Cardiff, in its University, businessfolk and journalist friends, than it has your own institution. (Officials have) created the fiasco, directed the investigation and (are) now probably arranging its review away from your oversight. You must be asking yourselves if you put the right people on the cross.
Your friend,”

The anonymous campaign is set against a disturbing background as the Vice-Chancellor (VC) Richard Davies was suspended, before announcing his retirement, the Dean of his headline-grabbing School of Management Marc Clement, as well as three others have also been relieved of their duties as the inquiries continue into the Llanelli ‘Wellness Village’ project. Previous gmails have alleged that the VC has been crucified during the investigation. 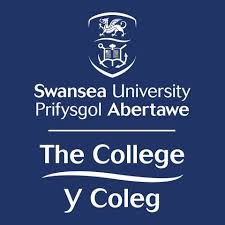 The stunning crusade at the scandal-hit university also forms a worrying backdrop to our exclusive disclosure that officials had employed a fraudster called Steve Chan who used to work on a contract at the management school, and after we had revealed that a previous Dean there accused of bullying had died.

One gmail from ‘Your friend’ was sent, as before, to the university’s Chair of council and staff, coming from a created address which has been used in the past, called ‘Lilith Sumerian’.  Others have also been employed including ‘The iniquities Of the selfish’ and ‘Ivs Titia’.

A senior academic called Alison Jones from an Australian university who was slated to become the new VC at Swansea, turned the job down. An internal gmail in the campaign soon followed. This message from ‘Your friend’ said in part: “To lose one VC is unfortunate, to lose a second before she even starts must (say) something about the priorities and competence of whoever is responsible for such processes. It is time to save your university”.

A volley of anonymous internal messages from ‘Your friend’ followed the news of the appointment of Paul Boyle who is leaving his £285,000 a year job in charge of the University of Leicester to become VC at Swansea University.

These gmails were marked from a ‘Themis Titaness’ address and one came in the form of a spoof letter congratulating Professor Boyle on his appointment, but, along with the ones from the ‘Vanitas Vanitatum’ address, it had also been sent to the Welsh First Minister Mark Drakeford. It said:  “The transformed University which you applied to lead remains there, though is suffering internally and publicly under the weight of such deceit”.

Another, highly-libellous, message was also sent to workers and included criticism of an identifiable individual.  It asked:  “When will you explain that a never ending smear investigation is an appropriate use of charity funds? When will you accept the damage to the university will cost jobs?” A past statement to staff using the ‘Iniquities Of the selfish’ address was highly-libellous too, and the only part of this gmail we can reproduce is:  “It is time you step up to your responsibilities and take control of the situation“.

A further one which was sent in the astounding campaign undertaken by ‘Your friend’ at the university alleged that previous messages were “blocked” and that again a “witch hunt” was underway.

This one was also addressed to the university’s council members and was headlined “More truth”. It was another which came from a ‘Lilith Sumerian’ address.

The scurrilous gmail included attachments and a section of it read:  “Last week’s email was blocked – here it is below for completeness’ sake. Ask yourself: what else is the leadership keeping from you?… Why is this witch hunt therefore still continuing?”.

Another message in the hours afterwards was like the most recent ones, addressed to the Chair of the university council Sir Roger Jones, as well as staff, and attached a letter from ‘Your friend’ purportedly raising worries about public procurement.

It said:  “Dear friends.  I write with concern … about Public Procurement Regulations”. This gmail was marked ‘Saint Homobonus’ and delivered from the address ‘patron of procurement’.

But the campaign inside Swansea University has been totally ignored by the mainstream media, and has been conducted ever since the incredible investigation was launched.

The underhand fight appears to be designed to undermine the inquiry and boost the reputations of those who have been suspended, as well as key senior executives such as the antagonistic senior Pro Vice-Chancellor (PVC) Hilary Lappin-Scott (another recipient of the latest gmail).

Yet The Eye have shown how Professor Lappin-Scott enraged her own workers by sending Tweets from glamorous parts of the world on university ‘business’, and her exploits have become the subject of our satirical writer.

The anonymous communications have claimed in the past that Professor Lappin-Scott would lead the university to “an era of gold and honey”. In part, one recent gmail to staff as well as the Chair of the Swansea University’scouncil read:   “Why are these things happening and being leaked to Sion Barry (the Western Mail Business Editor) and, in turn, (our Editor) Phil Parry (someone trolling Professor Hillary {sic} Lappin-Scott) whilst in the middle of an independent internal investigation?”.

Another added:  “Appended below you can find the previous installments (American spelling) and alleges there has been “A trial by media, a kangaroo court, a selection of evidence and suspensions before interviews – almost as if the facts were at odds with the desired outcome”. Although misspelt a further gmail was clear: “Please Hillary (sic) (Lappin-Scott) out (put?) your hat back in the ring!”.

In one of the internal gmails following disclosures about a Kuwait project which forms part of the investigation along with the ‘Wellness village’, and was headlined ‘destruction of value and relationships’, a further series of unlawful claims against a named individual were made, and among the few lines we can publish is:  “I am confident we should expect retaliation by the Kuwaitis”.

A response from the Kuwait Innovative Group (KIG) was reported afterwards, and following it Swansea University decided not to continue with the project. Further action may follow.  KIG told the university it would take legal action for a full refund of a “sensitive”document’s £600,000 cost.

The group claims the document was leaked and is also considering action for loss of potential investment and damage to reputation.

It is alleged that legal rules may have been flouted, and ‘Your friend’ also appears to be unaware of them because as the gmails he or she has sent were published to a third party they fall within the remit of libel laws. If this person can be found legal action could follow.

University officials have been less keen than ‘Your friend’, though, to give The Eye information – this time about Chan’s background, and we have been told in the past our questions about him in a Freedom of Information Act (FOIA) request had been refused on the grounds they were “vexatious”.

But using documents we have seen we can now disclose that the answer to the first question is October 2012, to the second May 2013, to the third – one is an academic called Andrew Parker. Therefore according to Swansea University’s own regulations, Chan should not have been allowed to take his viva until at least October 2013.

We were the first to break the news that the unbelievable suspension of Professor Davies, as well as the officials at the university, and the amazing investigation launched at the same time, was linked to a massive £200 million regeneration scheme officially called the Delta Lakes (Llanelli Wellness Village) City Deal.

Swansea’s involvement in the enormous plan in Kuwait is also being examined in the investigation. Senior officers are looking into a ‘joint venture’ in a £600 million proposal for a private medical university and hospital in the middle-eastern state, which aimed to attract 5,000 students. Professors Davies and Clement, were on the proposed academic board for the project and the controversial Carmarthenshire Council Chief Executive, Mark James, is listed as a trustee.  Another libellous ‘Your friend’ gmail was sent out from a ‘Lady Righteous’ stating:  “The incredible opportunity represented by the Kuwait project has been lost to another country”.

Since the news emerged about Mr James it has been revealed that his role was not listed in the authority’s declaration of interests. It is obvious though the interest of ‘Your friend’ will continue as the investigation into the worrying land deal continues.

But comparing it to the Mueller inquiry is pushing it a bit..!

Also on The Eye – an alternative satirical prospectus at another controversial Welsh university which offers unconditional places.

Tomorrow – Welsh politicians call for ‘challenging journalism’ but not our kind…