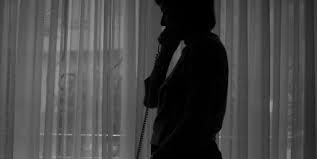 The founder and former Chair of a controversial new extremist Welsh nationalist group have both been “forced off” the steering committee of a party which was “fraught with infighting”, are setting up a new organisation to secure votes, and a parliamentary candidate stood for a far-right English party, according to an investigation by The Eye.

Following a secret phone call by our journalist the truth about Gwlad Gwlad (GG) (Land Land/Country Country) can now be disclosed.

Coming before the UK General Election the alarming news seems certain to cause shock waves through the Welsh nationalist community.

Apart from being ‘fraught with infighting’ the former Chair of the party, Gwilym ab Ioan (then known as Ein Gwlad {EG}) forecast it would soon collapse, and that candidates in the General Election would lose their deposits.

He told our undercover reporter:  “…our big mistake was not vetting people” and that has been thrown into sharp relief by the selection of Laurence Williams to fight the Vale of Glamorgan seat.

As well as standing for the far-right English Democrats, Mr Williams has also stood for the Christian Party (in Old Bexley and Sidcup in 2015), while in the 2014 European elections, he stood for the London region of the right wing Christian Peoples Alliance.

Meanwhile Mr ab Ioan (known as ‘Gwilym the gardener’) has also claimed that he has pulled the plug on his version of the party’s website, and is owed thousands of pounds.

He said the ‘new’ Welsh independence party he is helping to create, would be called ‘Advance’, and will be formed with a well known Welsh Assembly Member.

He chaired EG before the party became GG, as it cleaned up its image to adopt a “more consensual approach”, but he has long been a controversial figure.

EG/GG was originally founded by a retired heating engineer, who supports the 1960s paramilitary group Free Wales Army (FWA), and who, it’s claimed, has also been ‘forced off’.

Mr Jones’ blog is called ‘Jac o’ the North’, and proclaims it is: “Interpreting Wales from a Right of Centre Nationalist perspective”.

He has published a picture of Cayo Evans, pointing a hand gun at the camera, and he revels in his long-standing support for the FWA.

A published review of his writings was condemnatory and started by quoting him: “‘From now on the Welsh national interest must take precedence over everything’” I suspected that was what Royston was thinking when (he) posted his Steve Bannon video upon his blog, tweeted the fascist outlook of Viktor Orban and stood up for the Confederate Flag in South Carolina. I could not help thinking that the party would take anyone who would support Welsh independence and then even involved members of an indigenous Welsh far right”.

Stephen Morris was ‘General Party Spokesman’ and ‘Policy Researcher’ of EG/GG, although as he lived in England he was barred from voting in Welsh elections, so is unable to vote for the party at these ballots.

Following our revelations about Mr Jones’ connection with Evans and news on The Eye of his publication of him with a pistol, a hotel where he was to announce the formation of EG/GG became deeply unhappy.