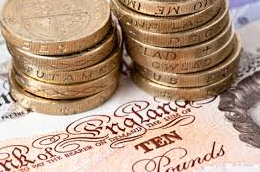 After The Eye revealed that top Welsh university bosses are paid hundreds of thousands of pounds a year and live in grand houses for a peppercorn rent, comes news that many across the UK have taken no pay cut despite their students suffering huge disruption during the lockdown, it has emerged.

According to new figures, at least 46 Vice-Chancellors (VCs) still have the same generous salaries they received before the pandemic, which has led potentially to months of lost learning.

Another eight who agreed to reduce salaries in the spring as staff were furloughed and lectures cancelled have now returned to full pay, and only 22 university leaders are taking home smaller wage packets as a result of coronavirus/Covid-19.

Yet these figures captured by the Daily Mail are set against a disturbing background, and it seems many universities have grabbed headlines for the wrong reasons.

Only one of Wales’ eight universities was given the highest ‘Gold Award’ in a Teaching Excellence Framework (TEF) four years ago–Bangor University (BU).

Cardiff, Cardiff Metropolitan, Swansea and Glyndwr universities all secured silver for 2017 despite vastly different resources, but Aberystwyth University (AU) and University of South Wales (USW) did not take part at all.

Yet The Eye revealed how rewards for top executives at Welsh universities, have remained excellent.

Three years ago we showed how the disgraced former VC at BU John Hughes, lived in a grace-and-favour country house with thousands of pounds worth of new furnishings, and that his perk came on top of a salary (then) of £245,000.

The house offered a picturesque garden in an acre of land with a conservatory and library.

But we also disclosed how Professor Hughes ‘retired’ after being exposed for warning a friend in an email which has been published, about a past Chinese girlfriend:  “I had her youth and her beauty, you will have her menopause and her old age (have you seen how Chinese women age!)”.

In May 2015 we showed how the cost of furnishing and equipping the room of Elizabeth Treasure when she was at Cardiff University (CU), was more than £3,220 greater than the money spent on the office of her superior, the VC, Colin Riordan.

These are, however, difficult times for higher education institutions financially in Wales as they grapple with the effects of the pandemic, which came hard on the heels of Brexit.

John Grattan, then ‘acting’ VC at AU, said about 50 applicants pulled out the day after the Brexit referendum vote.

The former director of finance Peter Curran, has said: “The financial implications of under-recruitment have never been so significant”.

His comments came after the number of students accepted at AU plunged even before Brexit.

They went down by 25 per cent in the two years before 2013 while applications by UK and EU students dropped by 15.2 per cent a year later.

These statistics also form a worrying backdrop to other controversies.

AU, for example, has been fiercely criticised for opening a campus on the holiday island of Mauritius.

The Mauritius campus of the university was built to accommodate 2,000 students, but just 106 had enrolled in its second year and it had to be closed.

A one time member of what was then the Welsh Assembly, Simon Thomas, once an AU student, said opening the campus was “not a wise move”, and the decision to open it was taken at a time when the university was facing other major problems at its main headquarters in Aberystwyth, revealed by The Eye.

A former VC of AU condemned as “madness” the resolution to open the Mauritius campus in the first place.

Derec Llwyd Morgan, who ran the university from 1994 to 2004, said the figures showed it was a bad decision to go to a far-flung country.

In the past our journalists have also divulged how the controversial university had plunged in The Guardian league table and dropped from 70th to 87th in the Complete University Guide.

A petition was started demanding the immediate resignation of the VC at the time, April McMahon.

On the petition one student from Birmingham wrote: “I came to Aberystwyth in 2011 expecting to leave with a degree from a well-renowned university”, but Professor McMahon said the tables had to be taken “with a pinch of salt”.

It said on its website: “As a Healthy University, we aim to develop a socially cohesive, environmentally responsible and all inclusive work and study environment which looks to engage staff, students and the wider community”.

Yet being a ‘Healthy University’ did not appear to tie in with events there.

A staff survey of Health and Wellbeing was only belatedly carried out after we revealed it had been postponed, and the timing has been questioned by a number of our sources at the university who claim it was conducted following disclosures by The Eye.

One told us:  “(The) Eye must have hit a nerve as the VC tells us that ‘one priority is to address any concerns raised by staff in the Staff Health and Wellbeing Survey conducted last month”.

We have also been given details of alleged “bullying”, and a different staff member got into trouble for “not eating a sandwich within the designated lunch hour”, amid allegations that officials from Human Resources were called in.

There is, though, intense frustration among academics we have spoken to at CMU that these events have not been covered in the Welsh mainstream media.

One of our contacts told us:   “It has become obvious amongst all of us that anyone in CMU mentioning (The) Eye is immediately under suspicion for being one of your sources.

But the truth about the salaries and perks of VCs has now come out.

Not from the universities in question though…

Tomorrow our Editor Phil Parry examines the rise of conspiracy theories as a Wales-based ‘media consultant’ condemns the ‘old media’.

The memories of his extraordinary decades long award-winning career in journalism (when major events in Wales WERE covered) as he was gripped by the incurable disabling condition Hereditary Spastic Paraplegia (HSP), have been released in the book ‘A GOOD STORY’. Order the book now! The picture doubles as a cut-and-paste poster!