Here our Editor Phil Parry stresses how the coronovirus/Covid-19 lockdown has exacerbated a disastrous decline in circulation figures for local papers, when the Cardiff newspaper where he started his long journalistic career used to be the biggest-selling one produced in Wales but is no longer.

The phrase is ‘lies, damned lies, and statistics’ but in fact figures don’t lie.

It is worth re-emphasising the latest circulation numbers during the lockdown, which show that the readerships of ALL newspapers have plunged dramatically (perhaps reflecting the greater use of digital versions), but it’s been confirmed that The South Wales Echo, which used to be the biggest-selling newspaper produced in Wales, is now way behind.

Even when comparing like with like, set against other regional papers in Wales, it is obvious that the Echo is doing particularly badly.

In 2017 it was reported that the morning newspaper serving North Wales, The Daily Post, was then Wales’ best-selling regional newspaper (and morning papers traditionally sell far less). Figures for 2016 showed that the paper sold an average of 22,251 copies, although even that was a fall from the 23,645 printed copies sold in 2015, and it is now on far less. It is clear that the whole print sector remains in long-term decline, and the present crisis has only made this worse.

Another morning paper The Western Mail (which styles itself as ‘the national newspaper of Wales’) saw its circulation fall to 15,697 copies in 2016, down from an average of 18,063 the previous year, and again today has a daily circulation which is massively lower.

In February 2017 the daily circulation of the South Wales Argus (based in Newport) showed a drop of 5.8 per cent to 10,808, yet this was reported as a triumph because it had fallen slightly less than others. 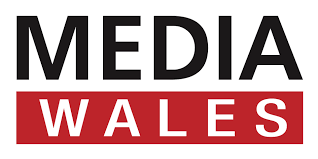 Wales on Sunday (WoS) has also lost an enormous number of readers, reaching an average circulation of just 11,608 in 2016 compared with 14,314 the previous year, and has fallen even further today.

The hit rate for the Media Wales’ website WalesOnline is far greater and this was thought to provide a way forward. But knowledge of journalist libel laws among executives there is sketchy, and the then Editor (now known as the ‘Audience and Content Director’) Paul Rowland threatened to sue me for an accurate satirical piece on The Eye.

In December 2016 Mr Rowland warned me:  “I am placing it (the satirical article) in the hands of our lawyers”. He used the extraordinary words  “satire is no defence against libel” when in fact it can be.

Mr Rowland also has an interesting view of what constitutes news. On his website, he advised a reader anxious to break into journalism:   “You might not be interested in ’19 mouth watering street food dishes and where to find them in Wales’, and you might believe it’s not something we should be writing (I wouldn’t agree, but that’s fine). That doesn’t mean it’s clickbait.”

But this kind of journalism is not popular among the staff there. As one reporter told me:  “All we seem to do is write lists about the best places to have a cup of coffee in Wales, and the only things we can be sure will get in are ‘stories’ about celebs, rugby or the weather”.

The opening of bars has also proved fruitful territory for WalesOnline. 17 ‘stories’ were published on the website in 2016 about ‘Coyote Ugly’, on St Mary Street in Cardiff.

Yet one reader of WalesOnline said sarcastically about their ‘reports’ on ‘Coyote Ugly’: “Scantily clad women dancing on a bar, serving drinks in-between, whilst men look on but can’t touch?No sexism there. At all.” Another said: “I think someone needs to look up what sexism is, because this is exactly that.”

A so-called ‘story’ in December of that year, was headlined:  “Watch the Coyote Ugly Cardiff girls practise their moves ahead of opening night”.

An earlier item said:  “The girls will start their ‘Coyote Bootcamp’ on Monday ahead of the venues grand opening’. Following a weekend of auditions, owner’s (sic) at Cardiff’s new Coyote Ugly bar have finished their ‘Coyote Search’ and have recruited a number of girls. Nobee, Sally, Rio, Lauren and Chloe have all been chosen to work as Cardiff Coyotes.”

The then owner of ‘Media Wales’, the website ‘WalesOnline’  as well as the newspapers ‘South Wales Echo’, ‘WoS’ and ‘The Western Mail’, ‘Trinity Mirror’  (now known as ‘Reach’) brought in a ‘Digital First’ strategy as part of the ‘Connected Newsroom’ scheme when ‘target hit rates’ were introduced, to try and counter the trend of falling circulation and embrace the supposed digital future.

But as The Eye reported some digital companies are facing severe challenges and maybe old-fashioned journalism at some newspapers is on the way back.

Yet will this be enough to save them in Wales when the circulation figures are so low, and the lockdown has made them worse?

The memories of Phil’s astonishing decades-long award-winning career in journalism (including his time in newspapers) as he was gripped by the rare disabling neurological condition Hereditary Spastic Paraplegia (HSP), have been released in a major book ‘A GOOD STORY’. Order the book now! The picture doubles as a cut-and-paste poster!