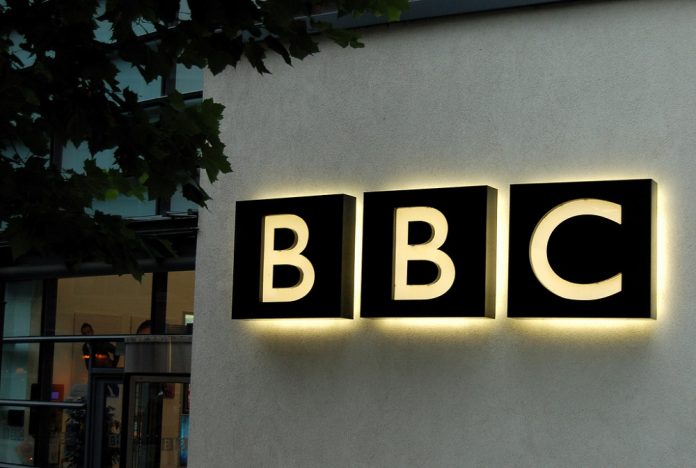 Senior figures within The BBC (BBC) have endorsed a hard-hitting article exposing the enormous waste of money, duplication of resources, and internal competition inside the controversial corporation headlined:  “Can’t Afford to Tell the Truth”.

One told us:  “This piece is exactly right – we all compete with each other and the waste of money is colossal”.

Another said to The Eye:  “Everybody knows it goes on, but nobody says anything”.

A former employee at BBC who has recently left, told us:  “Sadly I don’t find any of it unusual”.

Lifting the lid on the inner workings of the contentious corporation with shocking facts in the latest edition of the London Review of Books (LRB), comes amid growing complaints over the attitude of BBC Wales (BBCW) towards Current Affairs television when a regular series was axed after 53 years while another was ended following just one.

It is also set against a background of one of BBCW’s own leading former presenters demanding the resignation of the Director, Rhodri Talfan Davies, after revelations the only English-language radio station in Wales that he broadcasts, had secured the worst-ever listening figures at 317,000 a week.

But Colin Paterson, the Editor of BBC Radio Wales (RW), had claimed to staff internally and to media executives externally, that the audience statistics would be much higher by this point.

On May 17 Mr Paterson sent an internal BBCW email to RW staff seen by us, about the audience figures then which were about to be released saying “I couldn’t be more pleased…”.

On average a mere 2,750 people out of the 3,000,000 population of Wales are listening per hour, giving the station a tiny 4.4 per cent share of the Welsh market, yet it still claims it is the “national radio station for Wales”.

The cost works out at about £6500 per listener per annum.

Publicly though, RW still sees itself as a “success story” and the creation of new posts appears to continue unabated.

Earlier this year officials said they wanted to appoint an “experienced radio professional” as Deputy Editor for RW at an “exciting time” for the station despite the low audience figures.

The successful candidate would “engage and inspire”.

But Mike Flynn who presented a daily programme on RW for 11 years until 1989, and has been described in Wikipedia as one of the foremost presenters on the station in its early days, has called for the resignation of Mr Davies as well as Mr Paterson, and has also told us that Wrexham was omitted from fanfare about the 40th anniversary Outside Broadcast tour, even though it has a population of more than 61,000.  Mr Flynn alleges there has been a ‘gloss’ put on the low radio figures, but television too has been problematic for BBCW.

The popular TV debate series The Hour was axed after just a year and at a cost to the licence fee payer of about a million pounds, following the closure of the 53 year-old award-winning Welsh TV Current Affairs programme Week In, Week Out (WIWO), and the disturbing decisions became the subject of our satirical writer Edwin Phillips,

Viewers had described The Hour as “necessary” and even BBC Wales had admitted to The Eye it “capture(d) the mood of the nation”. The move to axe WIWO, but after a much longer run, came after it had won a clutch of awards including at the Royal Television Society, BAFTA Cymru, the Celtic Media ceremony and BT Wales. Another award came even after BBCW had closed WIWO.

The programme had also been used as a springboard for Panorama episodes, and one of the journalists’ investigations still features near the top of an internal document recording the highest viewing figures.

Another WIWO helped secure new evidence which led to the release from prison of three young South Wales men who had been wrongly convicted of murder, known as the Cardiff Newsagent Three.

Even so it was replaced by the occasional programme ‘BBC Wales Investigates’.

But the decision has not been universally welcomed.

Our Editor Phil Parry, who presented WIWO for more than 10 years until 1999, told WalesOnline:  “It is absurd to suggest that putting a label on a story like ‘BBC Wales Investigates’ in any way compensates for getting rid of a regular weekly Current Affairs strand which had been going for many years, like Week In Week Out. It never works – they tried to say the same when they got rid of Public Eye on BBC 2.

“‘Public Eye Investigations’ was never heard of again. When you have a regular series, with a team of people who know each other, an ‘esprit de corps’ develops. You know who are the best ‘quick turnaround merchants’ and who are better to be left alone so they can work on longer investigations.”

The ending of WIWO and The Hour followed the demise of a long list of TV Current Affairs programmes – including World in Action, This Week, TV Eye and First Tuesday on ITV, and Rough Justice as well as Public Eye on network BBC.

But the actions by the publicly-funded corporation to scrap theirs have proved troubling, and the cost involved was questioned. The TaxPayers’ Alliance told The Eye: “The BBC cannot be this profligate and not expect to face serious and legitimate criticism from licence fee payers. The BBC needs to demonstrate better value for money, or calls for scrapping the licence fee will only grow in volume and validity.”

As one highly-critical website puts it:  “Where is the investigative journalism? Where are the probing documentaries? Where is the reporting of the terrible scandals and corruption that rack our much-abused nation (Wales)?

The article this week in the LRB highlights the state of broadcasting at the corporation now, and the number of staff used to cover international events.

It states:  “It takes more than thirty BBC staff to cover an event such as the World Economic Forum in Davos.  For Nelson Mandela’s state memorial service there were more than a hundred”.

The article adds: “…BBC managers are unsackable. In the recent judgement on the Cliff Richard case (when the singer won a High Court ruling on privacy over coverage of a police raid on his home)…the judge found that the UK news editor was not a reliable witness and that the head of news gathering had ‘almost wilfully’ failed to ‘acknowledge inconsistencies’ in the BBC case”.

The disclosures in this week’s LRB item appear to confirm attacks on the waste of taxpayers’ money in UK newspapers like The Daily Mail and The Daily Telegraph.

One recently in The Daily Telegraph said:  “Biased Auntie Beeb has only herself to blame”.

The Daily Mail and MailOnline have been relentless in their criticism of The BBC, and they have come into their own recently during the controversy over different pay levels for male and female stars.

One recent item was headlined:  “BBC pay review branded a whitewash: More MEN than women will be handed salary rises by the Corporation after auditors found no gender bias despite 6.8 per cent difference in salaries”.

There could be more attacks on the corporation in the UK newspapers, following the facts revealed in the LRB article.

Tomorrow on The Eye why the whistleblower is central to our investigations.