Once more the controversial rugby pundit employed by The BBC Jonathan Davies, who used foul language to abuse publicly a fan, called others “bell ends”, and was filmed spraying a fire extinguisher into the face of a celebrity friend, faced a barrage of criticism during an international game – this time Saturday’s nail-biting Wales match against France, it has emerged.

Mr Davies was dubbed by rugby fans on Twitter a “joke”, “boring”, and “unbearable”.

One said that he “does my head in”, and a further viewer stated:  “Ffs that little irritant Jonathan Davies again ! Reaches for mute button”.

Another declared:  “oh fuck off jonathan davies your (sic) boring the fuck out of me now”, and again it was asked why BBC Sport was employing him.

But this is not the first time Mr Davies has incurred the wrath of rugby supporters.

During the Wales v England game he was described on Twitter as a “moron” a “total disgrace”, “awful”, and a fan said he wanted to rip his ears off “every time (he) opens his mouth”. 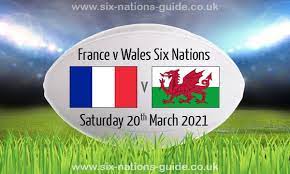 A further television viewer said previously:  “@BBCSport can you please stop Jonathan Davies from having an input into ANY rugby commentary! It’s painful! I’ve had to turn the sound off and listen to Radio commentary of the game

Yet Mr Davies had also hit the headlines earlier for the wrong reasons.

Conspiracy theories have a long and disturbing history. They are particularly relevant now after the US Presidential elections, with Donald Trump seizing on them to say the Democrats ‘stole’ the election but providing no evidence to support his baseless charge that there was ‘mass fraud’.

There were 20 strikes over the Easter weekend, including one on a mast serving a Birmingham hospital. It appears the arsonists believe that radiation from 5G masts cause coronavirus/Covid-19, while in fact people are exposed to more radiation by standing beside baby monitors.

The UK Government is worried, too, about militant ‘anti-vaccination’ (‘antivax’) groups which might disrupt the roll out of a vaccine to protect people against coronavirus/Covid-19. 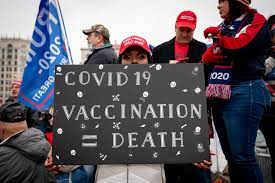 Conspiracy theorists have claimed as well, on Google and Twitter, that the pandemic was a cover for a plot by billionaire Bill Gates to implant trackable microchips into people, although social media companies have grown uncomfortable about hosting this sort of false information.

Yet the commentary style of Mr Davies has also come under fire. Apart from Saturday’s Rugby Union clash with France, criticism had, too, been levelled at him before, during and after The Challenge Rugby League Cup final.

It appears, however, that Mr Davies, although wounded by these comments, has decided to ignore them.

He has said on Twitter:  “It’s very sad.  I had loads of abuse after the game, then a blocking session on here. Would you go for a drink with these people? No, so don’t take any notice. hashtagnumptys“.

Mr Davies has also been accused of being ‘misleading’, publishing ‘rubbish’ and ‘ranting’, after stating on social media that controversial plans to re-develop a Cardiff cancer hospital (which have now been approved) would leave 60 per cent of a meadow available to walkers when campaigners say surveys have indicated all will be destroyed.

Behaviour like this, though, as well as Mr Davies’ comments sit uncomfortably with the guidelines emphasised by BBC Director General Tim Davie, which tell presenters: “…don’t express a personal opinion on matters of public policy, politics, or ‘controversial subjects’”.

But perhaps it is all right for a presenter to be described as a “joke” an “irritant”, “boring” and “unbearable”…

Tomorrow – why an anti-Semitic pressure group highlighted “the virile antisemitism” of a Welsh nationalist political party and the prejudice of its founder.