Home Journalism Yet another good story part one

On The Eye he has described how he was helped to break into the South Wales Echo office car, recalled his early career, the importance of experience in the job, making clear that ‘calls’ to emergency services and court cases are central to any media operation, as well as the vital role of the accurate quotation.

He has also explained how poorly paid most journalism is, and the importance of expenses!

Here he looks back on his years as a journalist.

I even have a vivid memory of the squeak of the newsroom door on my first day.

The room was open plan, and at the time, The South Wales Echo, where I started as a cub reporter, shared it with The Western Mail across a stained carpet.

The ‘tea station’ was in the middle, along with the ‘typewriter graveyard’, which consisted of several desks pushed together with machines waiting to be fixed, piled on top.

It was always comforting when the print machines (which were below then) were running.

It meant your story would soon be out on the streets in Cardiff.

On the way to the newsroom you passed a ‘viewing gallery’ where you could look down on the print room and see your copy coming off the presses – it was always an exciting moment.

Over the years I have withstood any number of spurious legal threats and a thorough knowledge of the libel laws is essential in journalism – a lesson I was first taught after passing my initial National Council for Training Journalists (NCTJ) exams.

Looking back I realise I was exposed to moments of terrible drama when I was still very young, including being a first-hand witness to the violence on picket lines during the ’84 – ’85 miners’ strike.

I often think the 80s and 90s were a fine time to be a young reporter in South Wales because so much happened. Apart from the miners’ strike, there was mass unemployment after huge structural change in the economy, all the deep pits were closed down (which I never thought would happen) and voters narrowly voted for devolution following a closely-fought referendum campaign.

I presented a Newsnight film during that campaign, trying to explain the issues to a UK audience.

One tragic story I remember well, developed in the Ely area of Cardiff after a young mother had nipped out to buy cigarettes leaving her two small children alone – they found matches and burnt the house down, dying in the process.

I was despatched by my News Editor Stuart ‘Minto’ Minton to secure an interview with the grieving mother and I arrived to find her picking through the ruins of her house.

Apart from the training I received to pass exams, in those days another crucial aspect of journalism was to retrieve a picture for the ‘story’ – the so-called ‘pick-up pic’ (this was of course long before Social Media!).  So I asked this poor woman for a picture of her two small children who had died, and she bent down to pull a picture out of the burnt carpet.  It had scorch marks around the edges. 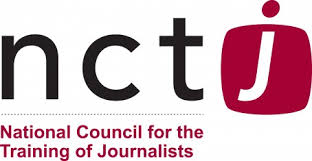 After she had given me a very tearful interview, I drove her to a nearby social security office so that she could claim special benefits.

To make this awful tragedy even worse, I was told we could not actually use the picture she had given me, because it was one of those special sepia-toned ones, where the children were all dressed up as though they were in the wild west, and it would have looked ridiculous with a story like this.

From the Echo I moved to a freelance agency on Charles Street in Cardiff called Cambrian News Agency when I was still only 23, where you made money by getting stories in South Wales and ‘flogging’ them to the UK papers.  You always had to look for an angle to the story so that it might appeal to Mrs Jones in Carlisle.

I had left the Echo before the end of my training ‘indentures’ period, and the Editor, Geoff Rich, said I would never work there again.

A witty friend of mine said I should have asked for that in writing!

We covered a lot of court cases on Cambrian and a story that sticks in my mind was about a lesbian couple who had had a fierce row, during which one of them left.  She then got her gay friends in London to come to Cardiff and firebomb her former partner’s house (again in Ely).  They were all up at Cardiff Crown Court on various charges (a multi-hander as it was known) and the evidence was unequivocal so they were found guilty.

During my time at the agency, and before on the Echo, I did shifts with other news organisations such as the Daily Mail (where a certain Paul Dacre was then News Editor) and Today newspaper.

At Cambrian I was ‘hired’ out to do shifts at HTV Wales, as it then was before it became ITV Cymru Wales, and this experience secured me a job at BBC Wales which is where I was for 23 years.

The great thing about the BBC is that it is so large you can move around.  I took full advantage, and worked on BBC 2’s Public Eye as well as Newsnight and Panorama on BBC One.

In TV news I worked on Wales at Six on HTV Wales, and Wales Today on BBC Wales.  I also presented countless programmes for BBC Radio Wales.

But the role I suppose I am best known for at BBC Wales, was presenting the weekly TV Current Affairs series Week In, Week Out which is sadly no more, and I was lucky enough to win numerous awards while I was there.

In my early days in television, I was very concerned with how I looked on screen and after my first ‘piece-to-camera’ I asked a friend:  “Were my eyes looking at the camera”.

I THINK he was joking…

After the BBC I became the founding Editor of The Eye and we have broken numerous stories (see tomorrow’s story).

When I told a reporter friend of mine that I had been a journalist for 35 years, he said:  “I bet you can remember your first story” and he was absolutely right – I could!

‘Minto’ inquired when I gave him my copy: “How much does the dog eat?”. This was an excellent question, but I hadn’t actually asked it!

So a story about a dog taught me a lesson I carried with me through the rest of my career. Always ask the right question!

In 35 years I have covered thousands of stories.

But those first ones were all-important…

Yet Another Good Story Part Two is tomorrow, where Phil describes some of the stories that the team have broken on The Eye.