Home Culture Drink in the news

He has also explored how poorly paid most journalism is when trainee reporters had to live in squalid flats, the importance of expenses, and about one of his most important storieson the now-scrapped 53 year-old BBC Wales TV Current Affairs series, Week In Week Out (WIWO), which won an award even after it was axed, long after his career really took off.

After talking about some of the astonishing people he has met over the years and the vital importance of journalism which holds to account powerful people, here Phil explains how a further historical change may now be happening, following smoking.

Another major cultural change could be underway; after smoking may come drinking.

Fewer and fewer young people now drink alcohol at all, and the age at which those that DO start, is becoming later in developed countries.

This lateness in starting to drink is partly because young people socialise a lot with each other online, rather than in person, and research shows that more assiduous parenting now may play a role too.

Millennials, today in their 20s and early 30s, are also drinking LESS alcohol.

For them, moderation is part of a healthier lifestyle – the pursuit of which is starting to look like a mainstream trend, rather than a fad.

Alcohol is carcinogenic even in small amounts, and many younger people appear to know that, although most people don’t.

Tobacco-style warnings on alcohol labels are being talked about by public-health policy wonks.

But for now, only South Korea has a compulsory cancer warning on alcohol bottles – Ireland passed a law in 2018 to introduce such warnings, though it has yet to put the act into practice.

Big alcohol companies can see the writing on the keg.

They are expanding their low- and no-alcohol offerings of beer, wine and spirits, and innovation in such drinks is booming.

Many are now indistinguishable in taste from the real thing – nearly 50 of Heineken’s brands, for example, have an alcohol-free version.

In most Western countries such alternatives are still a novelty, but sales are growing fast.

In Germany and the Netherlands, both early adopters, they make up about 10 per cent of beer sales. 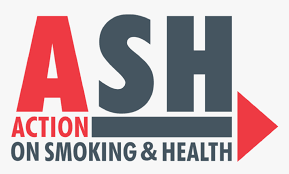 There is a precedent for all this – smoking.

The widespread scenes of smoking in public places were commonplace, but they are now widely regarded as something to be frowned upon.

Smoking is no longer allowed in pubs or cafes, and you regularly see a gaggle of hardened nicotine addicts outside buildings.

Yet the first question you were asked on my Thomson Regional Newspaper (TRN) training course in Newcastle, where I was sent as a cub reporter in 1983, was “who here smokes?” and an ash tray was placed with great gravitas on his or her desk.

A smoking ban in England, making it illegal to smoke in all enclosed work places, came into force on July 1 2007 as a consequence of the Health Act of 2006.

Smoking is by far the biggest preventable cause of cancer (much bigger than drinking), and now accounts for more than 1 in 4 UK cancer deaths, and 3 in 20 cancer cases.

Two years ago it was reported that major US tobacco companies were to publish and broadcast messages that clearly stated they designed their products to be more addictive, even while knowing their health effects were deadly.

Maybe younger people may want them to!

Tomorrow – the views on journalism that are different to our Editor’s Phil Parry.

Phil’s memories during his extraordinary 36-year award-winning career in another form of journalism as he was gripped by the incurable disabling condition Hereditary Spastic Paraplegia (HSP), have been released in a major new book A Good Story’. Order the book now.