After disclosing why investigative journalism is required now more than ever although others have different views, here he examines why poverty is so difficult to eradicate and some of the extremely deprived areas where he has conducted journalist interviews.

We always said they were ‘rough’ places.

Looking back though, it was clear that the people didn’t actually WANT to live like they did, or in the areas they were placed.

Poverty was often the driving force.

On the now-defunct BBC Wales television current affairs programme Week In, Week Out (WIWO) I have filmed in countless homes of poorer people, and they always had a particular smell.

The houses smelt exactly the same way – a combination of dirty carpets, cheap cigarettes, and damp.

On one extremely deprived estate in South Wales when I went to see a family for the network BBC TV programme Panorama there were spikes on the top of poles which were surmounted by strategically-placed CCTV cameras.

In another, filming for a different Panorama in Manchester, we kept having to stop the interview so the woman we were talking to could go to the kitchen door to conduct her drug deals.

But the roughest place I ever filmed in was at Nottingham for the also now-axed BBC TV programme Public Eye.

In the kitchen where we were filming there wasn’t actually a door, cardboard had been placed over the gap!

And dogs, there were always large dogs.

In many of the houses where I filmed, the gardens were full of dog faeces.

Meanwhile the figures show that things are better than they once were for poorer people, but there is still a long way to go.

More than four million people in the UK are trapped in deep poverty, meaning their income is at least 50 per cent below the official breadline, locking them into a weekly struggle to afford the most basic living essentials.

Seven million people, including 2.3 million children, are affected by ‘persistent poverty’, meaning that they were not only in poverty but had been for at least two of the previous three years.

Another study found that of 14.3 million in the UK in poverty, 4.5 million were in deep poverty – a third of all those were also on the breadline.

In cash terms this meant that a couple with two children would have an income of less than £211 a week after housing costs, while a single parent with one child would be on under £101.50 a week.

In recent years there has been a dramatic rise in child poverty in families with three or more children – it has risen by nine percentage points since 2013-14.

Disability is one of the strongest predictors of being in poverty, with nearly half of all those living below the breadline in a household where someone is disabled.

Work is no longer a guarantee of protection against poverty either. 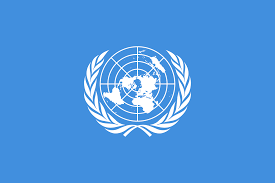 At the millennium 54 per cent of children in poverty lived in a family where an adult worked, and that rose to 73 per cent in 2017-18.

Even in families where all adults work full time, one in six children are in poverty.

Across the world, the picture is no less bleak, although great strides have been made.

It is also obvious from the figures that progress has been uneven:

So they aren’t just ‘rough’ areas – they are also extremely poor ones.

Phil’s memories of his extraordinary 36-year award-winning career in journalism as he was gripped by the incurable disabling condition Hereditary Spastic Paraplegia (HSP), have been released in a major new book ‘A GOOD STORY’. Order the book now! The picture doubles as a cut-and-paste poster!