After disclosing why investigative journalism is required now more than ever although others have different views, here he shows how a need to be good at maths has always featured strongly in his career.

Numbers as well as words have, unfortunately, always been an important part of my life as a journalist.

An ability to handle figures (although I wasn’t very good!) was almost as important as fluency with words in the years of journalist training I undertook and exams I sat following university, as well as afterwards.

I think it is important to be a trained journalist, although others, it seems, have contrasting opinions which we have poked fun at!

Acquiring this numerical skill has been a constant problem, because, as my family and close friends will testify, I am useless at maths.

When I add up the same column of figures several times the totals are always different!

This has been thrown into sharp relief for me by the difficulties I have faced during my long journalistic career.

As a cub reporter on the South Wales Echo part of my training was a three-month stint on the ‘subs desk’ in 1985 which doesn’t exist now.

Here you were given a story to ‘sub’ (this was in the days when it was a physical copy), which included putting a headline on it, and instructions were written on the top about how it would then fit onto the page.

These instructions included the size of the headline you should write in a value system called ‘points’ – if it was too big it would ‘bust’ and if it was too short it was ‘shy’. 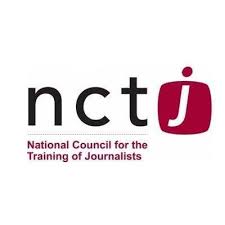 Sometimes you had to write a ‘strapline’ too for the very top which required even more counting because it was, of course, much longer.

On one occasion on the Echo I was summoned to the print room by a ‘comp’ (short for ‘compositor’ one of the printers) to look at my ‘strap’.

Now, this was an area you rarely went in because if you touched anything they would all be out on strike, so I knew this must be important.

The ‘comp’ pointed at the story I had instructed them to fit onto the page, which they had made up in sticker form at this stage specially.

I had counted the ‘points’ so inaccurately that my ‘strap’ was off the page, off the board the page was held on, off the table and dangling in mid-air!

In broadcasting too being able to count is absolutely crucial.

At BBC Wales Today every report you made had to be a certain length given to you by the producer so that it would then fit into the programme.

I always struggled cutting my reports to the right length.

For TV and radio, a second was counted as three words so it should have been easy, but for me it wasn’t!

I have a good memory, but I simply can’t remember lengths or numbers, so perhaps this is the reason.

Every ‘piece-to-camera’ I performed was only ever three short sentences (about 20 seconds) because I couldn’t remember any more.

In radio too timings are crucial.

You have to ‘come out’ at a time to the second, otherwise you would bump into the programme following you, or into the continuity announcer’s broadcast.

On one occasion I worked it out so wrongly I actually used up some of the time of the continuity announcer coming after me and I had to send her an email following the broadcast apologising!

The key thing for a presenter when you were doing an OB (outside broadcast) was to have sight of an accurate clock.

Mind you – in all my years in journalism I have never missed a deadline, which is quite remarkable in the circumstances!

Tomorrow – the foul-mouthed Welsh football supporters’ band who are performing at a concert dubbed ‘suitable for all ages’ yet have publicly used the ‘c’ word which they have denied despite evidence.

Phil’s memories of his extraordinary 36-year award-winning career in journalism as he was gripped by the incurable disabling condition Hereditary Spastic Paraplegia (HSP), have been released in a major new book ‘A GOOD STORY’. Order the book now!