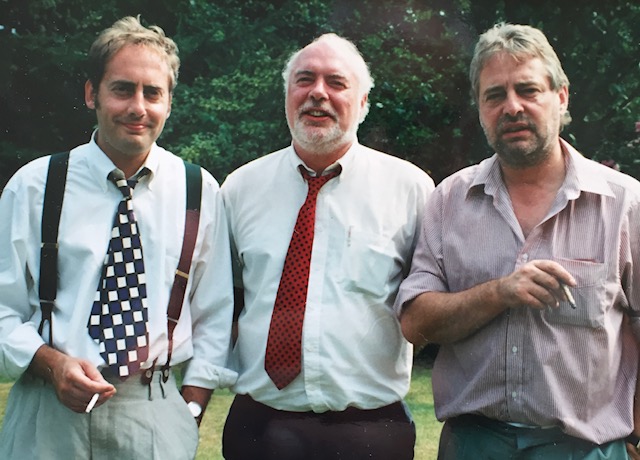 Here our Editor Phil Parry looks at journalistic family ties in Wales and beyond.

The Dimblebys, The Hitchens, The Corens – the numbers of families in journalism and the media are legion.

While The Parrys are certainly not in that league, this name can also be added to the list.

My oldest brother, Mark, was Deputy Editor of the Yorkshire Evening Post (YEP) (then one of the biggest metropolitan evening papers in the UK) at 29, before becoming a journalist training executive for the whole of the group

Our middle brother, David, was a photographer based in Manchester on the Today newspaper, as well as the Daily Express, prior to running as owner, the biggest freelance words and picture agency in the north of England.

In fact as a team we might have done better than England’s penalty-takers against Italy last night!

This may not be the norm, yet there is nothing ridiculous in it, like journalism being ‘in the blood’ or anything!

Our father was a teacher, and mother a housewife.

There is, though, an awareness of certain facets to the job which all those families have.

These include – working irregular hours, a willingness to travel to any part of the world at a moment’s notice, a commitment to accuracy, a comprehension of the workings of government (at a local and UK level), inquests, police authorities and courts, as well as a knowledge of laws to do with libel or copyright.

We also share an understanding gained from years of training, exams passed, and experience in the job.

Unfortunately anyone thinks they can be a journalist now, but as my trainer used to say “check, check, check”, and once it has been triple-checked as well as run past a specialist libel lawyer, you can return to the subject as many times as you like.

Yet it seems that some people have no idea what they are writing on social media, even though it has then been published, and all the same legal rules apply.

For an investigative journalist like me, the complaints I receive highlight that there is deep unhappiness not at WHAT is said, but the WAY I am saying it!

In our family, we have, too, all received threats, abuse, and legal letters, doing our job.

In my case only last week one dubious character behind new Welsh nationalist newspaper The National (TN), repeated on social media (this has been said before) that the police would become involved (although it isn’t, actually, a police matter at all), warned about use of a photograph without permission (when he had himself already published it), and that attempts would be made again to close down The Eye, employing an internet company that specialises in such things, which he has already used in this fruitless endeavour.

This individual, Huw Marshall, whose disturbing past my journalists have exposed in several factual pieces, said (in Welsh) on Twitter: “Tomorrow’s plans? Writing Welsh articles for the @nationalwales. Talk with the police once again because of online harassment, speak to @dmcatakedown about a website that uses my photos without permission. Talk to @digitalocean about removing a libellous web site…

When Mr Marshall tried earlier to have The Eye closed down, he alleged “violent threats and harassment” when there have been no threats of violence from our journalists, and the only harassment has come from him after he used social media to dub senior Welsh politicians, “twats”, and me a “liar”.

In response to the demand that my website should be shut, the reply was made that: “Huw Marshall has: 1. Been investigated by the police for harassment. 2. Made sick ‘jokes’ on Facebook about the murdering gunman Raoul Moat. 3. Called senior politicians Ken Skates and Peter Black ‘twats’ online. 4. Been reprimanded by Twitter. 5. Sent unwanted takeaways to people’s houses” 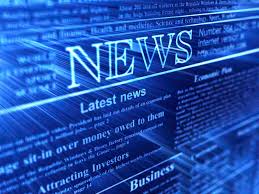 Meanwhile social media has appeared to make the issue worse, when people make comments or hurl insults on Twitter or Facebook, but would never say these things to my face.

Readers seem to confuse my own views, with those of The Eye, but the two are entirely separate!

Beyond these issues, I must admit I received a little help from my brothers (although it was certainly never a case of ‘you scratch my back and I’ll scratch yours!’) by securing job experience at the YEP in accompanying reporters, and going with David on a couple of assignments.

Perhaps oddly, we have also all arrived at our roles independently (although Mark did alert David to a vacancy for a photographer at a freelance agency in Leeds when he was starting out).

After school in Monmouth, Mark underwent his journalist training at Harlow in Essex before being snapped up as a trainee on the Yorkshire Post (YP), where he happened to be on the same course as Mark Knopfler, who became a trainee on the YEP, and they shared a flat together in Leeds.

In my case, at university in Manchester (where i studied Politics and Modern History), I remember wanting to be anything OTHER than a journalist!

However I helped start a new student newspaper and fell into it. The rest, as they say, is history.

Perhaps it is the same too, for all those other families in journalism…

Tomorrow – how disturbing news that the biggest airport in Wales was hit harder than any other in the UK by the pandemic, has raised serious questions among experts about why it was bought by the taxpayer in the first place for £52 million, when another was purchased by the Scottish Government for £1, and put its long-term future in doubt.

The memories of Phil’s remarkable decades-long award-winning career in journalism (when knowledge of how it affected his brothers was all important) as he was gripped by the rare disabling neurological condition Hereditary Spastic Paraplegia (HSP), have been released in a major book ‘A GOOD STORY’. Order the book now!