After disclosing why investigative journalism is needed now more than ever although others have different opinions, and how the current coronavirus (Covid-19) lockdown is playing havoc with media schedules, here he shows that accurate information has never been so important.

The role of a properly trained journalist providing accurate and truthful information, is absolutely vital at this time.

Since the start of the lockdown to combat the spread of coronavirus (Covid-19) we have been treated to ‘news’ about 5G masts being responsible for the virus (with an accompanying video which went, er, viral on social media), that inhaling steam could ‘cure’ the disease, and that New York residents were rapping in unison to a big hit to relieve the boredom.

All of these ‘stories’ were fake, yet believed by people all over the world.

The video of the so-called 5G ‘story’ for example, purportedly showing people in China tearing down a 5G mobile antenna, was shared on social media 10s of thousands of times.

The one about families in Brooklyn, in New York, rapping in unison to one of The Notorious B.I.G.’s biggest hits during lockdown sounds plausible.

A video making the extraordinary claim was also shared 10s of thousands of times on social media, clocking-up more than one million views in a few days. 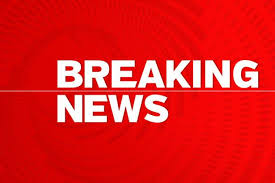 But the recording is a perfect match for a video from a Jay-Z concert in 2010, and has been pinpointed to Manhattan not Brooklyn.

It was completely false.

The star actor Woody Harrelson, who has two million Instagram followers, apparently endorsed the 5G ‘news’, by posting the video, and declared: “Meanwhile the Chinese are bringing 5g antennas down”.

This video IS genuine but it’s old and in fact shows protesters in Hong Kong in August 2019 tearing down what was reported to be a ‘smart lamp post’ equipped to collect data.

It was shared as false rumours about a link between 5G and coronavirus spread on social media.

The nonsense about steam ‘curing’ coronavirus, can actually be harmful.

Practising it may be extremely dangerous and could lead to serious burns.

Yet one example of this ‘tip’ was shared on social media more than 40,000 times.

It appears to come from a Facebook user in Durham, who wrote he had heard “first hand that a doctor who had Corona virus recovered in double quick time” after inhaling steam.

A similar message has taken different forms – coming from someone’s ‘sister in London‘, ‘Queens NY’ and ‘a sister from Pakistan‘. 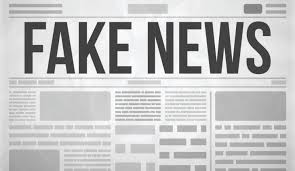 Fake news and conspiracy theories like these are dangerous.

Posts with images of hospital beds and patients being treated on the streets went viral on social media, along with the claim that hospitals in Italy had run out of space due to the spread of coronavirus.

The images being shared WERE genuine, but they were not from Italy – they were taken in the Croatian capital, Zagreb, after it was hit by an earthquake on March 22.

The most widely shared post about it seems to have originated just as the Government in Italy imposed a nationwide lockdown on March 25.

Altogether it has been shared more than 17,000 times.

A Russian scientist has said that a man-made bacterium had somehow merged with the (at the time) new coronavirus and was the reason people were dying.

He recommended baking soda to treat it.

The interview appeared on a popular Russian YouTube channel and has had more than four million views.

But there’s no evidence to support this – Covid-19 is caused by the coronavirus alone.

It’s also not the case that baking soda can help if you are infected with coronavirus, or prevent infection from it – again it was completely fake.

So it is important to rely on trained, responsible journalists, and not to get ‘information’ from social media.

Unfortunately this is becoming increasingly difficult to do!