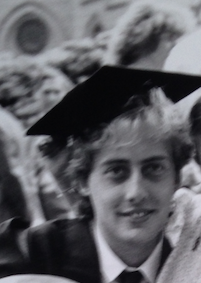 Here our Editor Phil Parry looks at why teaching history is hugely important and that it is changing as never before.

Phil has explained too how crucial it is actually to speak to people, the virtue of speed as well as accuracy, why knowledge of history and teaching the subject is vital, how certain material was removed from TV Current Affairs programmes when secret cameras had to be used, and some of those he has interviewed.

Teaching history correctly is hugely important, and perhaps matters more in Wales than in most countries.

The field has become a battle ground resembling the English civil war (or ‘revolution’) of the 1640s.

On one side some say the history of Wales being colonised by the English should be taught in all schools, while in the opposing army others proclaim this is a gross distortion, and that there have long been close economic and social ties with England.

Before the abuse begins on social media let me say from the outset that I am in NEITHER camp!

In a speech in 2013 the then UK Education Secretary Michael Gove said that history can be an “ideological battleground” for “contending armies”.

“There may, for all I know, be rival Whig and Marxist schools fighting a war of interpretation in chemistry or food technology, but their partisans don’t tend to command much column space in the broadsheets”.

More recently there has been enormous pressure to teach in greater detail, the UK’s involvement in the slave trade and how it has fed into almost all sectors of the industrial revolution.

Campaigners want the curriculum “decolonised” and the history of slavery, as well as that of black Britons made compulsory in schools.

Partly in reaction to such demands, Policy Exchange, a think-tank close to the UK Government, launched a “History Matters” project on June 29, to “address the rewriting of history as it happens”. But right-wingers are equally keen on disseminating the ‘correct’ kind of history.

Mr Gove’s first attempt at rewriting the history curriculum to give “a connected sense of the narrative of our islands” was widely criticised as narrow and triumphalist. Referring to a comic take on British history, the historian Simon Schama, damned the proposals as “‘1066 and All That’, but without the jokes”.

In Wales the tensions over how history is taught in schools are enormous.

At my school in Monmouth, the teaching of history was incredibly traditional with no reference whatsoever to Wales (and I declare an interest here because my own father, Robert, was head of history). Robert read history at Cambridge University, and my uncle (Robert’s brother) was a history professor at Harvard University.  At one point he was also Principal (or Vice Chancellor) of what became Swansea University so I have a special interest in events there!

The history I studied at school was all about the UK Government ministries of the late 19th century, and how Britain vied with France in building up its empire.

Monmouth School is a second division independent or ‘public’ school and certainly not in the same league as Eton or Westminster. The motto is “Serve And Obey”, and as pupils we came to know that motto well, because if we stepped out of line we were regularly beaten. Yet the school is in Wales and should, I suggest, have had information about WELSH HISTORY!

At Monmouth School I regularly competed with a classmate for that year’s history prize, and my interest in the subject continued thereafter.

I studied Politics and Modern History at Manchester University, and the background to an event has always fascinated me.

History is up there for an investigative journalist, along with knowledge of the libel laws and past experience.

History has always played a prominent role. In order to construct a story it is important not simply to know that an event occurred, but the history of WHY it occurred.

In news journalism after I graduated, a knowledge of history was less important. As a trainee reporter on the South Wales Echo you simply recorded what had happened. It was much the same on the Cardiff freelance agency I then joined, Cambrian News Agency, and on daily TV news at HTV’s (as it then was) Wales at Six, and BBC Cymru Wales’ (BBC CW) Wales Today (WT).

In Current Affairs journalism, though, it all changed, and researching the history of a subject again became vital. It was a significant feature of the work we did on BBC CW’s Week In, Week Out (WIWO) programme.

Sadly it seems this is no longer seen as key because WIWO has now been scrapped after 53 years.

For one episode in the series, we obtained crucial historical evidence which helped lead to the release from prison of three young South Wales men who had been wrongly jailed for murder. It was called A Night To Remember, and we examined the historical context to what had happened.

The Cardiff Newsagent Three (as they became known) were at that point (1997) the longest miscarriage of justice case (as it turned out) in Wales. We felt something was not right so we looked into its history.

The men, Ellis Sherwood, Darren Hall and Michael O’Brien, had been out one night and were arrested by the police later for the murder of a Cardiff newsagent, and stealing his takings.

They had no reliable alibi for their correct whereabouts, and unfortunately one of the three, Mr Hall, ‘confessed’ to the murder and also claimed in court that the other two were involved as well.

He had alleged that after the newsagent was attacked, the three youngsters had run from the scene of the crime and divided up the stolen money in a nearby church yard. But when we studied the history of the case we realised it could never have happened.

After many months, we found a solicitor for them, and a sceptical barrister who investigated it with us.

I interviewed Mr Hall in prison, permission for which is rarely granted now, and asked him directly:  “Did you do the murder?”.

“No, I didn’t and nor did the other two”, came the reply.

I talked to, and recorded, over the telephone, Mr O’Brien who said a terrible injustice had been done, both to them and the loved ones of the murdered newsagent. We filmed Mr O’Brien’s family in the Ely area of Cardiff, whose lives, needless to say, had been devastated.

We tracked down all the prosecution ‘witnesses’ who were, to a lesser or greater extent, unreliable. We discovered that Mr Hall during or after one of his interviews, he alleged, had been manacled to a radiator. Critically, we found Mr Hall’s medical history in records that proved his version of the events could not have taken place.

His legs were bad and he could not have joined the others in running away from the scene of the murder to divide up the spoils, as he had told the police.

The whole conviction of the three men was flawed.

In pursuing this, a knowledge of ‘history’ was absolutely pivotal.

It’s pivotal too in Wales now, and schools should be aware of that when they teach the subject…

Tomorrow – why the Labour leader has been brought into a growing controversy over the South Wales man jailed for one of the worst murders in legal history, after representing Mr O’Brien.

Phil’s memories of his extraordinary 36-year award-winning career in journalism when history was so important, as he was gripped by the rare disabling condition Hereditary Spastic Paraplegia (HSP), have been released in a major book ‘A Good Story’ (which includes historical cases such as ‘The Newsagent Three’). Order the book now.