After decades in the media and as the row grows over the correct title of Snowdown/Yr Wyddfa in the Snowdonia National Park/Eryri, here our Editor Phil Parry talks about why using accurate names has always been paramount.

‘Names Make News’ was the mantra I lived by, and was drummed into my head by successive News Editors (now known as ‘Content’ Editors).

Perhaps that should actually be ‘CORRECT Names Make News’.

This fundamental fact of journalism has been emphasised for me by the current row over ‘Snowdon’, and whether it should now be known by its Welsh language name of ‘Yr Wyddfa’.

It follows a motion brought by a Gwynedd councillor to the Snowdonia National Park Authority (SNPA) that they should be asked to refer to Snowdon as Yr Wyddfa, and Snowdonia as Eryri.

The SNPA has said the motion was not discussed at a recent meeting because the contentious proposal would be considered by a special task group, set up to adapt guidelines on the use of Welsh place names.

The plan was greeted with much mirth in the UK media and beyond.

It was even the butt of jokes on the satirical BBC TV programme ‘Have I Got News For You’. 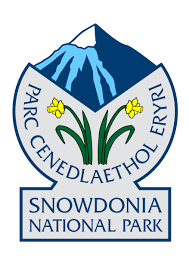 There are, however, any number of historical precedents for such a change:

There are many others.

The argument in favour of many (although not all) of these changes is that the ‘new’ names aren’t new at all – they are what local people have called them all along, and the previous names were an imperialist imposition (as is the case, some say, with the names in Gwynedd).

In Wales what is or what is not, the ‘correct’ name for a place is a political minefield, which I am wary of entering.

Maybe Snowdonia should be re-named the Democratic Republic of Eryri!

Tomorrow – more disturbing revelations about Wales’ new ‘national’ newspaper, and the men behind it.

Phil’s memories of his astonishing decades long award-winning career in journalism (when using correct names was crucial) as he was gripped by the rare neurological disabling condition Hereditary Spastic Paraplegia (HSP), have been released in a major book ‘A GOOD STORY’. Order the book now!